What lawmakers are talking about in Olympia; plus, SPD and race 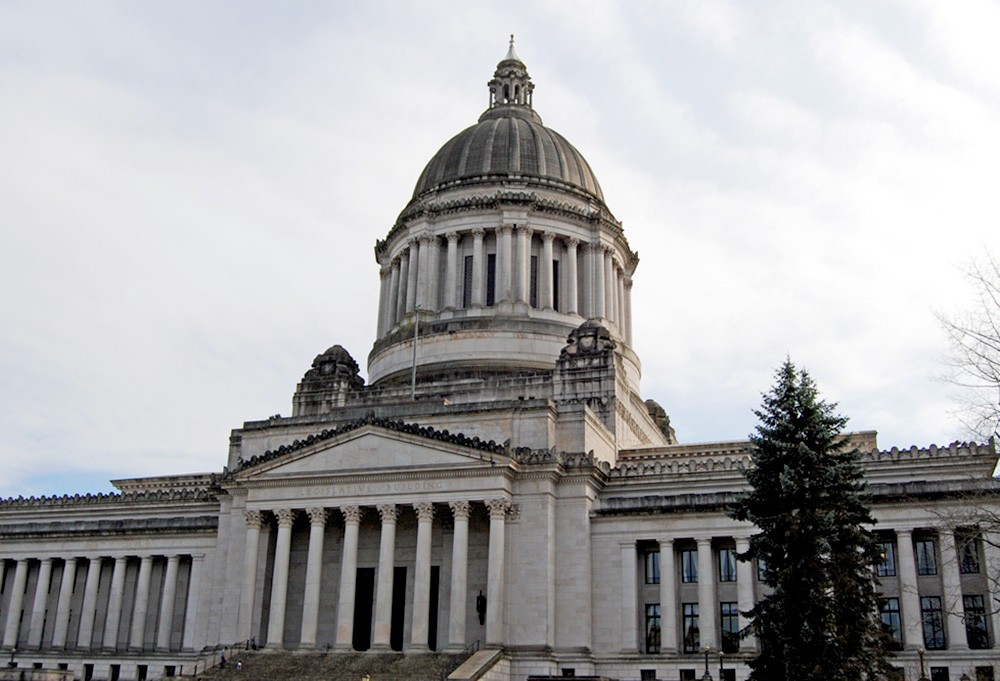 Harvey Barrison
Lawmakers in Olympia have been busy with full days of hearings.

There hasn't been much action on the House or Senate floor this week, but state lawmakers in Olympia have been busy with full days of hearings on a hodgepodge of issues, including medical pot, the dangers of ultraviolet radiation, paternity testing and more. Here's a round-up of some of the proposed legislation that had their first public testimony:

Senate Bill 5997, introduced by Sen. Jan Angel, R-Port Orchard, would allow a man to challenge his legal paternity if DNA testing proves he is not the child's biological father.

Senate Bill 6090, introduced by Sen. Mike Padden, R-Spokane, would make driving under the influence a felony if a driver is arrested for a fourth DUI charge.

The downtown Spokane library has been in its location, next to River Park Square, for more than 50 years. But according to Downtown Spokane Partnership President Mark Richard, there's long been talk about whether the library could move, opening that space to retail. "Folks were having conversations about the library without engaging the library," Richard says.

So last year, he raised the question with new Library Director Andrew Chanse and drew comparisons to the YMCA, which sold its dilapidated Riverfront Park property and used the proceeds to improve its North Monroe facility.

"It's undeniable that the single largest cluster of national-brand, successful retail happens to be between Howard and Lincoln on Main," Richard says. Hypothetically, the library could sell the valuable land, find a new central location and use the profits to build an even better building.

The library, however, didn't leap at the idea. Their downtown location is thriving. "You need to keep our options open, but it's not something we're seriously looking at this point, no," Chanse says. In other words, it's an idea unlikely to happen — and even if it were, it would be a long way away.

Yet the desire underscores how, even as other areas of downtown suffer lengthy vacancies, the lots right around the mall remain in heavy demand. But when the Inlander reported on this discussion last Friday, some were outraged even at the notion.

"I think it's a horrible idea. I don't understand why people think that a retail shop is more deserving than a building open to all the public and serves our public," says City Council President Ben Stuckart, the council liaison to the library board. "I've heard it about the STA Plaza and I've heard it about the library. ... It's a side conversation that needs to stop."

Stuckart says the city should instead be focusing on turning parking lots into new mixed-use buildings. Indeed, Richard adds, DSP has a variety of goals beyond just attracting retail, including seeking new incentives and tools for developers and making investments in Main.

After some minor implementation delays, the Spokane Police Department expects to roll out its racial data tracking program in the next couple of weeks, using in-car computers to log race and incident statistics after citizen stops. Police officials had expected to start collecting data at the beginning of the year, but needed a few extra weeks to finalize policies and training.

Program guidelines indicate the data will be used for officer counseling or training, but not for individual discipline. Ed Byrnes, an associate professor with Eastern Washington University assisting with the launch of the program, says he plans to audit the program in the early months to gauge reliability and officer compliance. He says police officials have committed to working with community leaders if they discover any unusual patterns.

"I'm hoping those numbers will be a starting point for a conversation," he says.