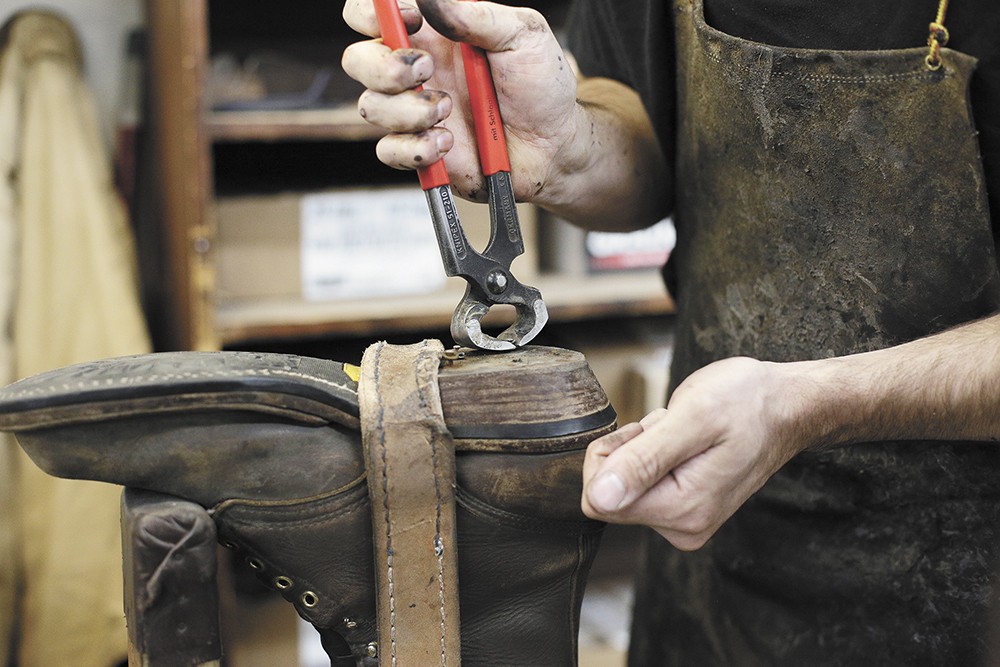 When the Inlander stopped by Frank's Boot Company and Saad's Shoe Repair — they are now literally and financially under the same roof — the power was out. It was an unplanned outage, and employees sat idle in a dark workshop.

But that didn't stop the phone calls from customers coming in. Frank Petrilli, the 57-year-old proprietor with 25 years of experience in the boot and shoe repair industry, is constantly fielding calls regarding business at both Frank's Boots and Saad's. Frank's produces and repairs leather boots, including custom-fit wildland fire boots. Saad's, meanwhile, is an all-around shoe repair shop and has been in business since 1905. (The former owner recently sold it to Petrilli.) 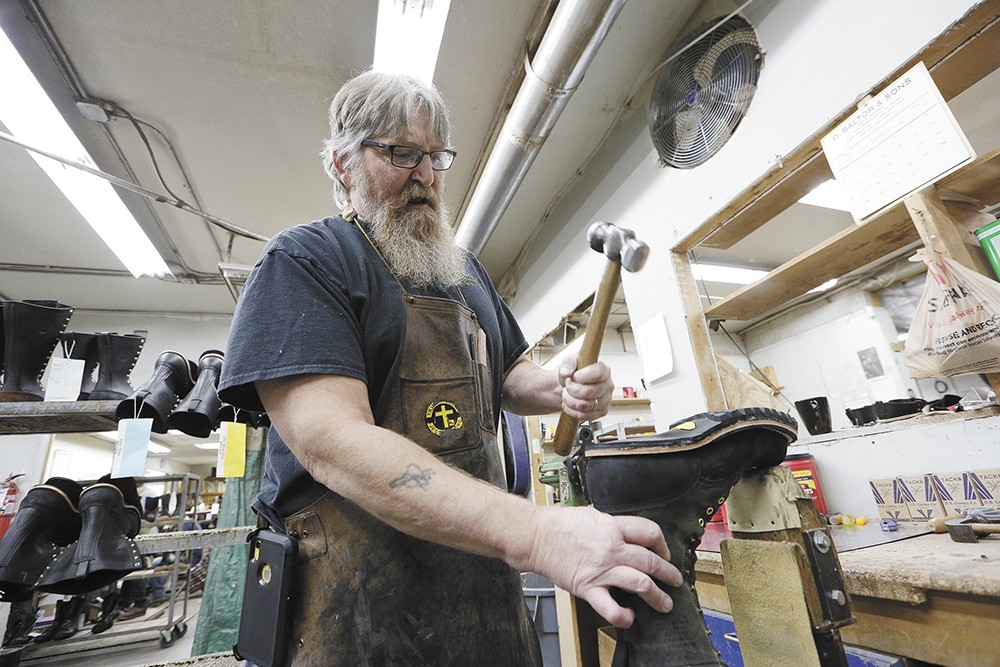 "It is a very busy business," he says, noting that he just took an order for four pairs of boots from someone in Hong Kong.

But it's not quite as busy as it was several decades ago, he clarifies. The shoe repair market has been impacted by a flood of low-quality footwear that is mass-produced overseas. And with it has come a perception among consumers that shoes are disposable, replaceable, and not to be fixed.

"Mass-manufactured, low-price, low-quality shoes. That's where that perception comes that, 'Oh we'll just throw it out and buy another one,'" Petrilli says. "People don't understand: It's repairable. Even the less expensive stuff is still repairable."

In an instance telling of the times, Petrilli notes that one of the calls he just took was from a guy whose shoe sole was coming apart. He was going to throw them out before he found out Saad's could fix them.

At both Frank's Boot Company and Saad's Shoe Repair, it's all about old-school craftsmanship. While they don't manufacture any soles or leather, the construction and repair of boots or shoes is all done by hand with classic tools, like nippers and lasting pliers.

"We're really old school. We don't try to change or modify or automate. Everything's done by hand," Petrilli says proudly. "It's all handwork."

For boots, his primary customer is loggers, wildland firefighters, linemen and farmers, he says, who rely on tall boots — some as high as 16 inches — for work in the field. They're an expensive upfront investment, but they're built to last. Their boots stay intact upwards of 15 years, and they've also repaired boots that are that old: "We've rebuilt boots that are 15 years old," Petrilli says.

The craft is largely confined to the workshops of cobbler and boot-making shops, he says. There's no trade school for shoe repair, except for some programs in cowboy-boot making.

"You have to learn it from within," Petrilli says.

"The Northwest is really fortunate. You can't find this in any other parts of the country where we have the diversity of the handmade footwear, the different styles that we have for all the trades, and dress, semi dress, casual boots, built right here, and repaired right here," Petrilli says. "You can't go to Minnesota and find this." ♦ 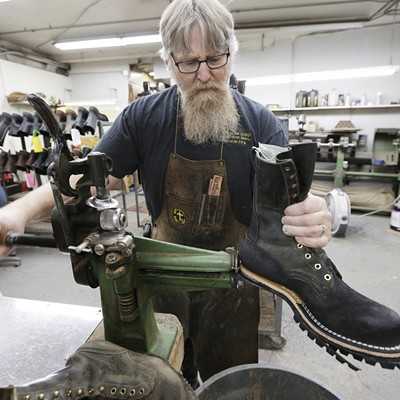 For more than 45 years, Harold's Sewing and Vacuum has been keeping your appliances in tip-top shape - and out of landfills