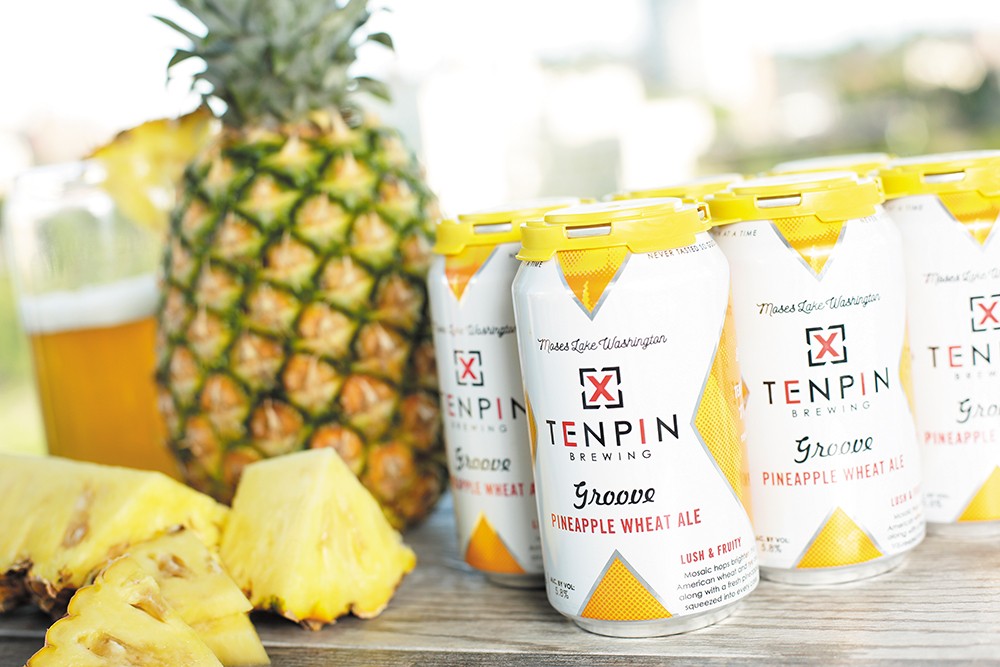 Young Kwak
An entire pineapple is squeezed into every case of Tenpin's Groove Pineapple Wheat.

that incorporates anything into its recipe besides water, malt, hops and yeast. So offer them a beer with fruit in it and you're bound to hear a speech on the German Beer Purity Law of 1516. But if one can get past traditionalist approaches to drinking beer, they might find that fruit can be a fantastic brewing ingredient.

Acidic fruits like orange, grapefruit or pineapple can add brightness to a beer's flavor and also complement citrusy hop character. Darker fruits like blueberries, raspberries or cherries can give an earthy richness and complexity to beers, especially with darker styles. And stone fruits like apricots or peaches can impart tartness and fruity aromatics to the brews they are paired with.

The Inland NW beer scene is not without its own fruit beer influence. RIVER CITY BREWING'S HUCKLEBERRY ALE (5% ABV, 6 IBU) not only showcases a regional berry, but places it in a light, crisp golden ale that makes for an easy drinking beer with a touch of berry sweetness.

If you're looking for something with a little more body, try TWELVE STRING BREWING'S MANGO MAMBO HEFEWEIZEN (4.3% ABV, 17 IBU) or TEN PIN BREWING'S GROOVE PINEAPPLE WHEAT (5.8% ABV, 24 IBU). Both beers are flavorful and thirst-quenching, with tropical fruit flavors in the finish.

And finally, if you're a citrus fan, look for PERRY STREET BREWING'S KUMQUAT IPA (6.8% ABV) – a super-crisp IPA that finishes with a big, slightly sour citrus flavor.

A big facet of the craft beer industry is experimentation, and fruited beers are still partially uncharted territory. If you're looking to broaden your beer-drinking horizons, loosen your collar, grab a pint glass and get fruity.

While the sour beer craze seems like a new trend sweeping the U.S., beer producers in Belgium have been making sour beer for centuries. Long before brewers had access to yeast cultured in laboratories, beer was fermented by wild yeast and bacteria found in the air and environment surrounding the brewing area. Given months or sometimes even years in a fermentation vessel, those "bugs" would help create a beer that was generally complex, funky and sour, with flavor characteristics completely unique to its locale.

Today, sour beers are just as varied and diverse as the rest of the craft beer realm, but you'll typically find them divided into two main categories: "traditional" sours (like those mentioned above) and "quick" sours. Quick sour brews typically use a fast-working acid-producing bacteria like lactobacillus (the same bacteria that help makes yogurt) to help give the beer a clean, crisp tartness. While not as complex as traditional sours, quick sours are more affordable and faster to produce, and can serve as a great introduction to the wonderful world of sour beers. Get your sour fix by checking out these delicious, local quick sour beers: 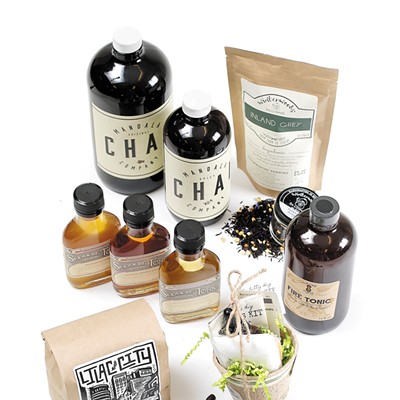