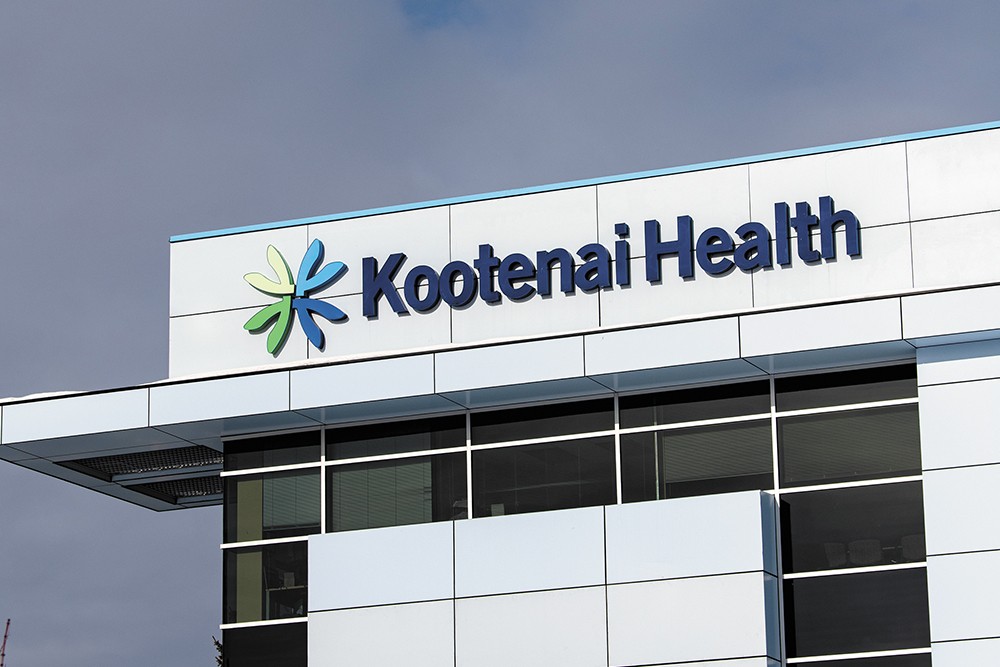 Erick Doxey photo
Kootenai Behavioral Health across the state border has a program that provides acute care for younger kids having a mental health emergency.

Richelle Madigan didn't know where to go. Her son, who has a disability that can cause him to become assaultive, had just tried to light his sister on fire, and the family didn't feel safe with him in the home.

But in Moses Lake, where they live, there weren't any good options to receive immediate mental health care for young kids like Madigan's son, then 8 years old. The best option? Driving some 175 miles across the Cascades to Seattle Children's Hospital.

"This is a child who, when he gets dysregulated, could jump out of the door of a moving car," Madigan says. "We're in a crisis, and we're having to go over a mountain pass."

At Seattle Children's, Madigan's son was admitted into a program meant to give young kids short-term care during a mental health emergency. But her experience four years ago illustrates a major barrier for young kids in a crisis: In Eastern Washington, there are no beds for them.

Last week, Inland Northwest Behavioral Health opened a new inpatient unit for teens 13-17 who are experiencing a mental health crisis. And Providence Sacred Heart Medical Center has a Psychiatric Center for Children and Adolescents, but hasn't offered those beds to children 11 and younger for at least seven years.

Only Kootenai Behavioral Health across the state border has a program that provides acute care for younger kids having a mental health emergency. But being 45 minutes away from Spokane can cause issues. When a student has an outburst at school, schools may encourage the family to drive the student to Kootenai for the care needed, only to have the student calm down by the time they get there and then be refused admission.

"Sometimes the distance is prohibitive," says Dave Crump, the director of mental health services for Spokane Public Schools. He adds that families may not have transportation to drive that distance either. "Some of our families don't have cars that work."

Those challenges are more pronounced in rural areas. Rep. Tom Dent, R-Moses Lake, says he knows of families like Madigan's who either drive hundreds of miles for their child or who are simply unable to make the trip.

Serving families from Eastern Washington to Western Montana, Kootenai Health's youth acute program provides stabilization for kids 17 and younger in severe crisis. It has 24 beds, and children stay there on average for eight days, during which a team that includes child psychiatrists, nurse practitioners and case managers help children develop coping strategies when stressed.

During the school year, the beds are often full, says Claudia Miewald, Kootenai Health's director of behavioral health services. If there are no beds, the closest options for young children are in Seattle or Boise.

"Though, often Seattle Children's has a waitlist," Miewald says. "So it's pretty difficult for us to transfer over to Seattle."

In that case, sometimes children will just stay in the emergency room, Miewald says.

Kootenai regularly coordinates with Providence Sacred Heart for children's mental health care. But while Providence provides outpatient psychiatry services for children as young as 8, Providence decided years ago to close its stabilization crisis center for kids under 12 in Spokane. In a statement, Providence says "our pediatric unit serving patients under 12 routinely experienced low census," as the need for older kids increased. Providence described it as a "joint decision" with Kootenai Behavioral Health. A Providence spokesperson declined to answer Inlander follow-up questions regarding the decision.

"It takes a very well-trained and dedicated staff to do this work with children, and even more staff than other units because of the nature of the kids that come in and the care they need."

But Tamara Sheehan, director of behavioral for Providence Sacred Heart, says she does see a need currently for more acute inpatient services for children under 12.

"For children there is definitely a gap," she says. "There are gaps at all ages for inpatient and outpatient services, not just children."

Part of the reason for that comes down to a lack of certified psychiatrists nationwide. And it can be even more difficult to find people to work with children.

"There are just not a lot of children's programs," says Miewald. "It takes a very well-trained and dedicated staff to do this work with children, and even more staff than other units because of the nature of the kids that come in and the care they need."

In more rural areas of Eastern Washington, it can be more challenging to attract any mental health professionals. Rep. Dent says he heard that Grant Mental Healthcare recently advertised for several mental health counseling positions, but only got one application in total.

Dent has pushed for more ways to incentivize mental health professionals to work in Washington state, but also says you "can't just create them" overnight.

"I would love nothing more than to find more people to work on this so we can help our children," he says.

There is, at least, one option coming soon that may address the gap in mental health care for young children: Excelsior Wellness Center in Spokane has plans to open up its own crisis stabilization unit that will be available for children ages 6-12.

Andrew Hill, CEO at Excelsior Wellness Center in Spokane, says it stems from the organization's desire to keep children with their family.

"We've done a lot to try to help families and children in these scenarios, but haven't been able to do that in a secure environment and with the proper resources," Hill says.

Excelsior has a contract with Spokane Public Schools for a behavior intervention program, and Hill agrees that there's more crisis stabilization services needed for children. Hill says providing interventions for children is important to do at an early age, instead of waiting until their behaviors might be more problematic later on.

"Twenty years ago, it perhaps was uncommon to need a service like this for someone who's 10 years old," Hill says. "As the pressures of our society change, it affects children younger and younger."

For Madigan, finding immediate care for her son across the state proved difficult. But it was only a small part of the many challenges she's faced in finding appropriate treatment for her son, who's now 12.

Following his initial stay at Seattle Children's, which lasted for a couple months, Madigan's son enrolled in an inpatient treatment program on the west side. Now, he's in a group home in Spokane and attending school locally. But the group home recently notified Madigan that her son, a client under Washington state's Developmental Disabilities Administration, would soon need to find a different place to stay. His behaviors are so severe that he can't live at home, and the only other option might be a facility in Tennessee, Madigan says.

"We don't want our son moved out of state. It's not right," Madigan says.

It's not only a lack of short-term care options for her young child, she says. It's a lack of long-term options as well. She fears that without appropriate resources, he'll be destined for homelessness or incarceration.

"He is not a criminal. He is a disabled person," she says. "It just so happens that the disability that he has makes him a danger to himself or others."

Having resources for her son closer to home, she says, is a solution that can prevent further problems down the road.

"It's very heartbreaking to know that here you have a child who you've been tasked with raising, who you want to have the best hope for a future for, and currently with our resources in Washington state the best we can hope for is homelessness or incarceration." ♦