Feed the reel, sit back and enjoy the projector's whir as you watch a film on actual film. 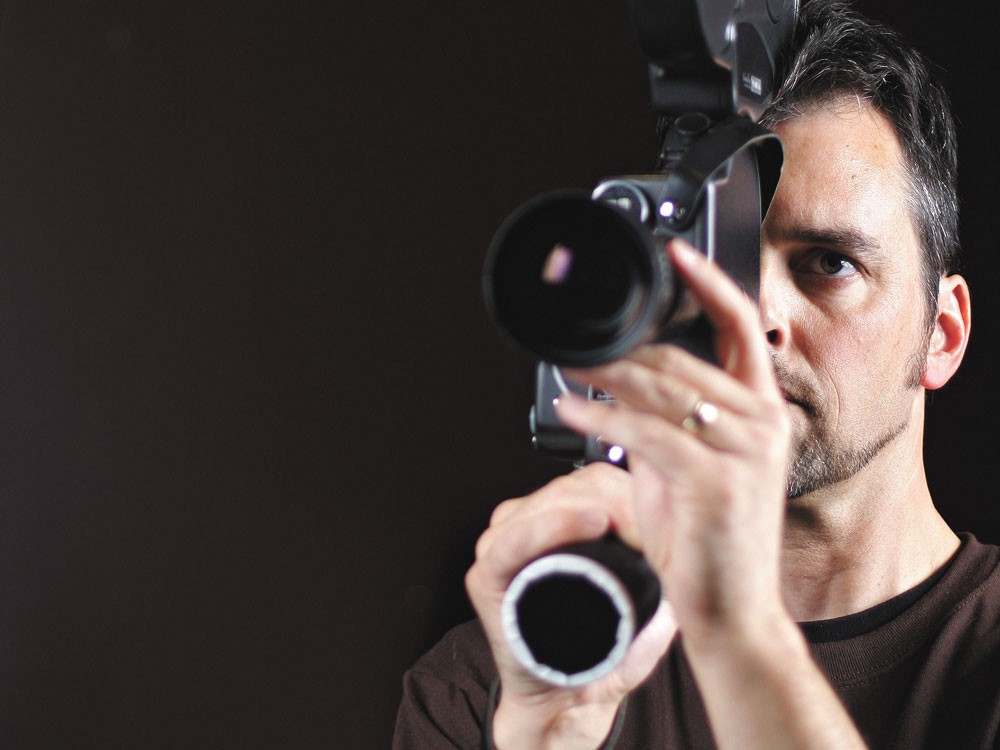 Lonny Waddle wants you to increase your depth of field

Like an audiophile who clings to vinyl or a hardcore reader who lambastes e-books, filmmakers who use physical film to make their projects can list a number of reasons why they do it. Authenticity, perhaps, or the look of it. The feel of the thing.

Honestly? They pretty much just like shooting with film.

“If I had the money, I’d shoot everything on film,” says filmmaker Bob Moricz. “I’m most satisfied with that.” Moricz will be one of more than a dozen artists presenting his movies at Flicker Spokane, the local version of the international film festival devoted to, well, film. For the first time, Spokane’s festival is going to have three screenings, with two showings of different lineups followed by a third containing the best of each. This year’s festival will also feature the work of filmmakers from all over the world, including Spain, France, Finland and Canada. All of the movies were shot on old-fashioned, analog film cameras.

One of the local festival’s founders, Lonny Waddle — who will present two movies this year — says using film is more difficult than shooting digital. It sounds a little elitist, and it is.

But when knowledgeable folks try to weed out wannabes and posers, most folks don’t have a problem with that. “It costs more, and I think that turns off people. You have to be pretty serious about the story you want to tell with film because of the expense,” Waddle says. “And it takes a little more patience, more work and a knowledge of photography. You can’t just turn the old camera on automatic and churn out a picture.”

Another festival co-founder, Derrick King (a graphic designer at The Inlander), talks about one of the films that will play at the festival. Every fourth frame, a hole punch was used to make a hole in the film. Then it was projected, the sound it made was recorded, and the whole thing was put together as a short.

While it’s true you can’t punch a hole in a DVD or a VHS tape, it does sound like something that could be done quite easily on a computer. If you even wanted to do that.

“For the filmmaker, it’s probably just the whole process of the act of doing it,” King says. “Instead of manipulating it [on the computer]. Then it wouldn’t be true to that film.”

Flicker Spokane is definitely a boon to filmmakers, who get the opportunity to gather with other passionate, like-minded people. But it’s not just for those seriously into the scene. It’s also a chance for their stuff to reach a wider audience, people who may find something they like.

“Nothing’s over 15 minutes, so even if you don’t particularly care for a film … it’s only 15 minutes,” says Waddle. “You don’t have a lot invested. There are so many little stories in the festival that you’re bound to like one of them. And that film will stick with you for a while.”

It’s easy to look askance at those who stick to outdated media, or who seem to be doing things the old-fashioned way just because they can. But just because a technology is old doesn’t mean it’s become useless.

“People are still shooting film, it’s still affordable and can be done,” Waddle says. “If people want to, they can learn how to do it. It’s accessible. And you can tell a story with it.”