In For the Long Haul

Lucky Friday miners, on strike more than a month, are preparing for a long ride 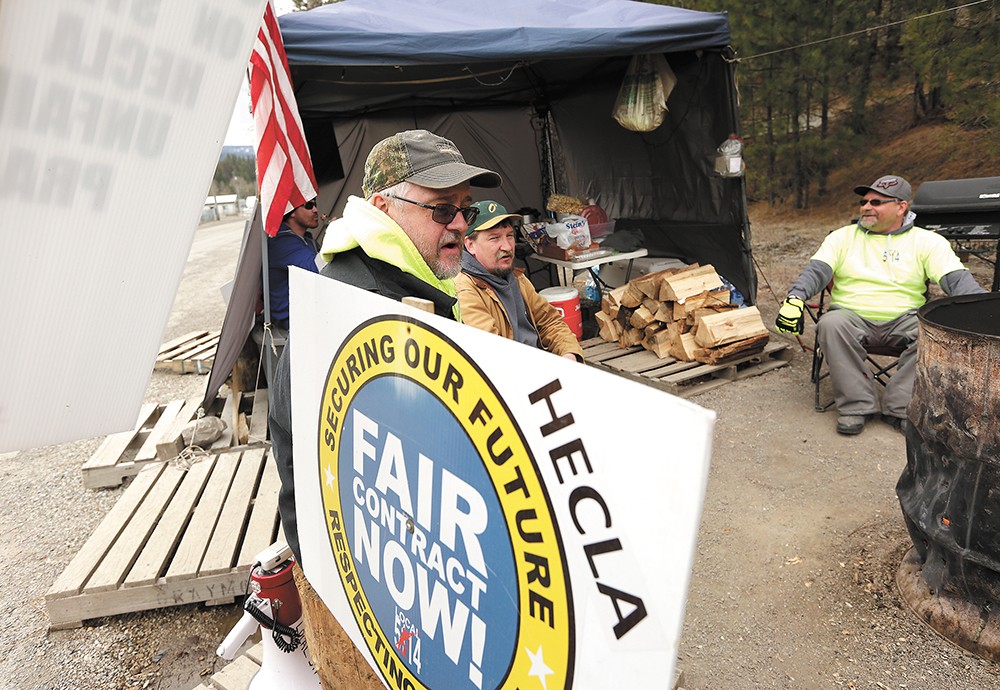 The weather report on the picket line at the Lucky Friday mine comes in 5- to 20-minute intervals from a hyperlocal weatherman wearing a Cubs hat and black overalls.

As he steps from a makeshift windbreak's protection into the road in front of the mine, away from a burn barrel providing needed heat, someone asks him if this is "the big one."

"We got cows! We got cows!" Gary Beck shouts in mock anticipation of the light snow that he can see is going to cross the mountains down the way in a few minutes, and pass over just as quickly. The six or so miners serving their shift on the line chuckle.

It's a Friday afternoon in mid-April, and the snow is to be expected for "spring in Idaho." What's unusual is that these men are standing a few thousand feet above where they'd normally be working in sweltering heat, digging silver, lead and zinc from the veins of the mine.

They've already been on strike for a month.

While their union, United Steelworkers Local 5114, keeps two picket locations staffed 24/7, some of the 250 members who work at the mine — located in Mullan, a few miles east of Wallace — have already had to look for work elsewhere, as everyone seems to think the strike could go on for quite some time.

"It may be 6 months, be a year, year-and-a-half, it may be 2 years, and we'll still be here," says Rick "Redman" Norman, who in his 60s is the oldest miner still working underground at the Lucky Friday. "We sit around the burn barrel and talk about other opportunities. Guys are getting CDLs, guys are taking hazmat training, guys are thinking Alaska, guys are thinking Montana, guys are thinking North Dakota, and they're losing this workforce daily."

By "they" he means Hecla Mining, owner of the Lucky Friday, which turns 75 this year.

Both Hecla and union leadership have said that most of what they couldn't agree on in negotiations over the past year wasn't about money per se, but about changing the way the mine runs.

One of the main sticking points that led to the March 13 strike is a job-bidding system the miners want to keep; Hecla says it's an outdated model that needs to go.

"It seems to us the key issues are less on the economic proposal and more on the bidding and scheduling systems, that's who assigns where, and when, and with whom people work," says Luke Russell, a Hecla spokesman.

As it works now, miners get to bid for jobs based on seniority, and pick their team. Some of the stopes — working areas — in the mine are more seismically active than others, more dangerous than others, and as the mine continues to go nearly 2 miles deep, the miners want to keep the right to bid for a more dangerous job or not, and choose who they work with, Norman says.

Hecla wants to remove that system, be able to assign workers where they are needed, and put workers on a job progression, where they could opt to get more training and move up a pay scale.

Some miners worry that removing the bid system is a union-busting tactic.

"What they're taking away from us is the cornerstone of a union," Norman says. "They could bring in their kid out of high school and put him in front of you for a good job." 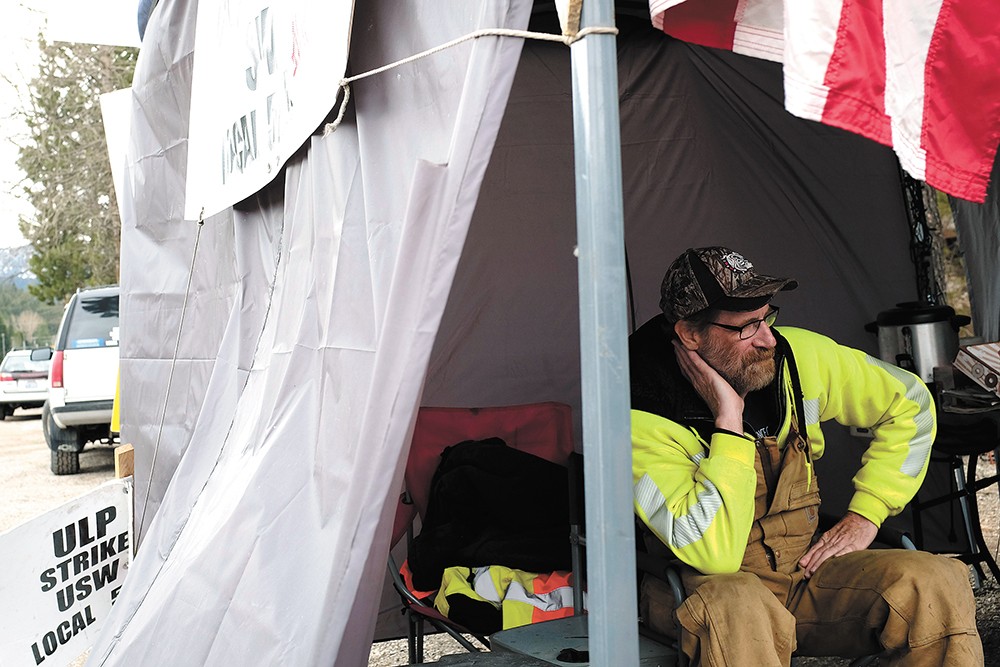 Young Kwak
Rick Norman has worked in Hecla mines since 1979.

Norman, who has worked in Hecla mines since 1979, says he thinks the separation between corporate and the workforce has only grown in recent years.

"I just truly believe that they don't understand what we go through down there to get out a product," he says. "I think they want to break this union. Now, that's just my opinion, and I guarantee you [Hecla has] a 'la-di-da' version of that. I mean, everything they say is absolutely correct, and we're uneducated dorks that blue-collar their way through life."

Wages are also involved. Each miner is paid a daily wage, and an additional contract amount based on how many feet of rock they drill, as well as a shared silver premium based on the cost of the precious metal per ounce.

"If I'm working, and they come and say, 'Well, guys, we need to cut your contract wages back by a third or half, which they can do because those wages aren't defined, if I want out of there, they can say, 'No, you're in there, take it or quit,'" says Phil Epler, president of Local 5114. "Whereas now, I can bid out of there."

If someone is hurt and wants to bid out of a stope up to a surface job, he could do that based on seniority now. Under the new proposal, he might have to turn in an application to Hecla and hope they give him another job, Epler says.

"I'll tell you why we're so passionate." Norman says. "Because not only have we had a lot of injuries and deaths in this mine, from friends of ours, I mean, we've had so many that we consider this our mine."

In 2012, the mine shut down for a year for repairs after miners Larry Marek and Brandon Gray died in different accidents the previous year. When it reopened in 2013, about 90 percent of the workforce returned.

"When you leave that much blood, sweat and tears down there, this isn't just Hecla's mine, this is our mine," Norman says.

Hecla's position is that changing things up at the Lucky Friday is necessary to make it more efficient and keep the mine operating into the future.

"There were 12 mines in the Valley 20 years ago, now there's two," says Russell, the Hecla spokesman. "We've made the changes that need to be made to keep the mine going, we'd like to keep it going another 20 to 25 years. It would be a benefit to our employees, community and company."

As the mine gets deeper and hotter, and pressures increase, it just costs more to haul the ore from that depth, Russell says.

"So we're looking at ways you can use technology and improvement to make the mine more efficient and safer in the long term," he says.

That means investing in new machinery, but miners say some of the expensive new equipment the company has brought in hasn't worked the way it should, and they don't want to take on the cost of updating the mine before knowing if upgrades will work.

A new bolter has only been used half a dozen times, the men say, and another piece assembled in the mine doesn't actually fit where it needs to go. It's been parked with a joking "for sale" sign on it.

The "all-in sustaining cost" per ounce of silver for Lucky Friday was $20.66 in 2016, Russell says. That cost includes exploration and capital investment needed to keep the mine running, and takes offsets from the sale of lead and zinc into account.

What seems to be a discrepancy in how much the mine actually costs has some of the miners upset.

"Basically the miners are taking all this like a slap in the face," Epler says. "You'll see Luke Russell get on and quote $20 per ounce for their all-in cost, and all this stuff they're telling the press, but in financial reports to investors, it's smelling like roses, their costs are almost nothing." ♦