In Puerto Rico, the Storm ‘Destroyed Us’


The storm cut a path through the island Wednesday and 100 percent of the territory remained without power. Officials predicted that it could take months to restore electricity.

Puerto Rico faces numerous obstacles as it begins to emerge from the storm: the weight of an extended debt and bankruptcy crisis; a recovery process begun after Irma, which killed at least three people and left nearly 70 percent of households without power; the difficulty of getting to an island far from the mainland; and the strain on relief efforts by the Federal Emergency Management Agency and other groups already spread thin in the wake of several recent storms.

“Irma gave us a break, but Maria destroyed us,” said Edwin Serrano, a construction worker in Old San Juan.

Maria had entered Puerto Rico’s southeast side on Wednesday with Category 4 winds of 155 mph, then lost strength, regained power Thursday and continued its furious roll northward, bringing pounding rains and heavy winds to the Dominican Republic.

Officials cautioned that it could deliver dangerous storm surges to the Bahamas and Turks and Caicos.

Most predictions suggested that Maria would veer north and spare the mainland United States. But officials cautioned that coastal areas could feel its effects this weekend with heavy rains and dangerous gales.

Maria passed close to the northeastern coast of the Dominican Republic on Thursday morning as a Category 3 storm. Hurricane warnings were in effect for parts of that country as well as the Turks and Caicos Islands and the southeastern Bahamas.

Flash flood warnings covered the entirety of Puerto Rico on Thursday. Forecasters say Puerto Rico will see about 2 feet of rain by Friday, with as much as 35 inches in places. Storm surges were expected to raise water levels by as much as 6 feet in the Dominican Republic.

Gov. Ricardo Rosselló told CNN late Wednesday that officials knew of only one fatality in Puerto Rico so far.

Charles Jong, a spokesman for the government of Dominica, said that 14 people had died in that island nation. 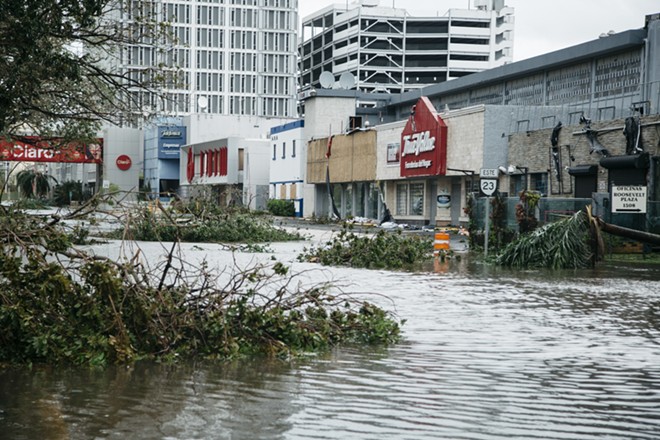