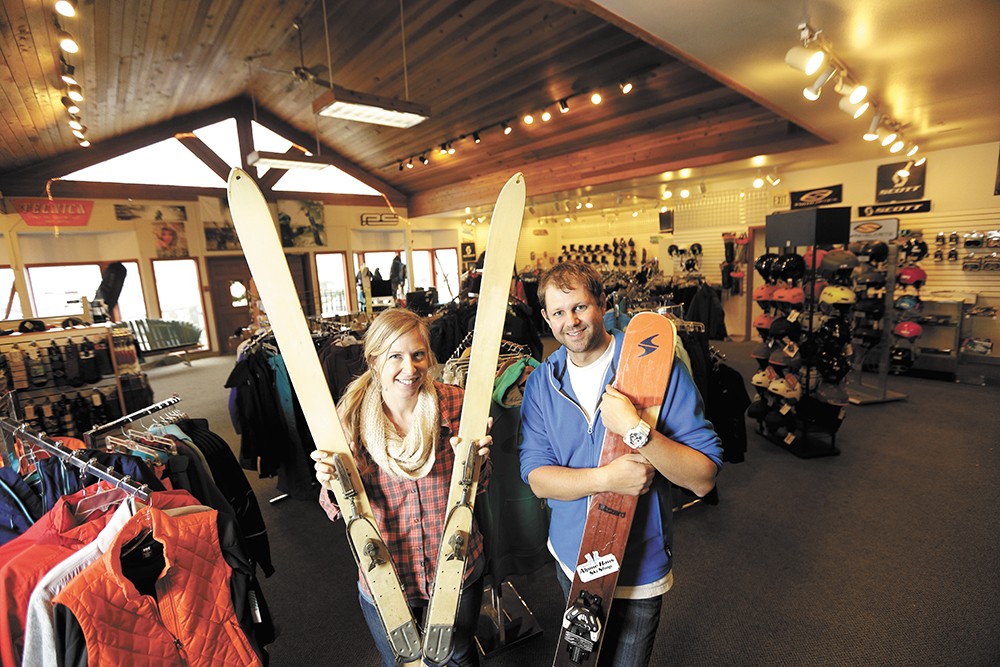 There are a couple of new faces at the South Hill's Alpine Haus:

Rachel Link and Drew Harding, and their 7-year-old Australian Shepherd, Payley. While they might be new to the shop, they are anything but new to the area.

Drew was born and raised in Spokane, attended Mead High School for a couple of years and then finished up at North Central. He started skiing at age 5, but took a hiatus due to his involvement in high school sports. After high school he attended North Idaho College where he played soccer, then transferred to Boise State University to finish his college degree. After graduation he started managing the Helly Hansen store in Boise, where he met Rachel.

She grew up in Missoula, Montana, as the youngest of four — two sisters and a brother. Her love for skiing and the mountains took her to Bozeman for college, where she competed in freestyle skiing, in moguls and jumps. "My claim to fame is that three of my team members while at Montana State have been to the Olympics," Rachel jokes. Life took her to Boise after graduation, where she opened the Helly Hansen store at 23.

That store is where their budding relationship began. Although it was two years before the romance would come to fruition, "there was always kind of a crush," says Rachel. They had the Helly Hansen store for seven years, closing it in 2013, then moved to Coeur d'Alene in October 2014 to be closer their families. 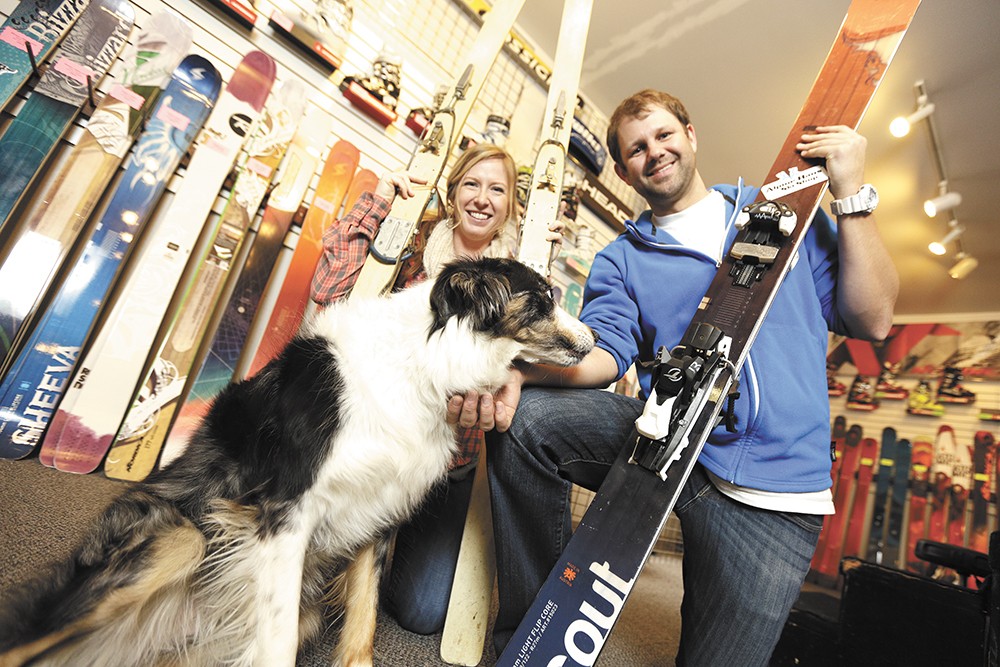 Once there, Drew transitioned into the banking world. Then the opportunity to buy the Alpine Haus presented itself, a chance they jumped on. "We are so excited about this opportunity," she says. "Our customers have been so awesome. They have been coming in and giving us lots of encouragement. We are hoping to meet their expectations. We have a lot planned, a lot of goals, and are excited about giving the store a makeover."

The Alpine Haus wouldn't be complete without Fred Knowland, who has been a fixture for years, tuning skis in the basement and just being a unique personality in the store. "Fred is awesome!" says Rachel. "Fred has been fantastic during this transition."

While on a trip to Seattle to visit friends in March of 2015, Drew proposed to Rachel in their hotel room that overlooked the Space Needle. The couple is set to get married at the top of Schweitzer this summer. They spend their time outside of the store living the mountain-and-lake lifestyle, skiing in the winter and boating, camping, hiking and spending time at their family cabins on the Pend Oreille River and on Flathead Lake during the summer. ♦