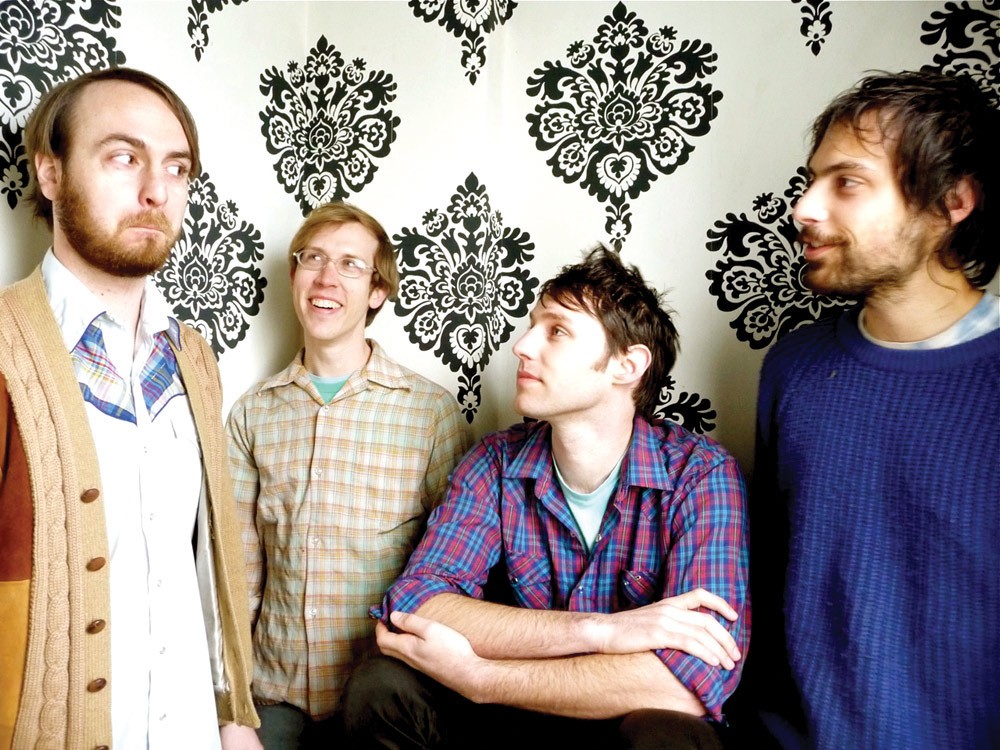 From right, brothers Richard and Brandon Laws and the other members of Hosannas.

Hosannas takes pride in bringing harmony to the incongruous. Onstage and on record, what pours out of the band, led by brothers Brandon and Richard Laws, are soaring electronics punctuated with light, delicate vocals. It’s a strange combination of the indie electronic world and the avant-garde.

It’s helped that the brothers are on the same page, musically speaking.

“Ten years ago, when Animal Collective came out, we got really into that,” says Brandon. “And Richard listens to a whole lot of experimental music; I listen to some. And we both just listen to tons of electronic music.”

After growing up in Santa Rosa, Calif., and attending different universities, the brothers — who both play synths, keys, guitars and sing — realized that they should to get back together and try making a career out of the music.

Today, the styles the band mashes together reflect the brothers’ intention to include elements from every style, from classical to classic rock.

“It’s kind of weird, because we’re really trying to throw together these really disparate elements and try and make them work together,” says Brandon. “Lately we’ve been listening to a lot of those ’70s classical electronic composers — the people that redo the classical composers’ music with synthesizers,” Brandon says. That stuff, suddenly, seems to pop it into their own music.

“Every once in a while, we’ll just notice, ‘Oh, that’s weird. There’s a short little 20- or 30-second classical piece just in the middle of one of our songs.’” The same goes for more traditional pop music: “A lot of the Beach Boys’ stuff comes in because we really like vocal pop music from the ’60s. We definitely will notice that we’ll have some pretty lush vocal harmonies that are kind of in that style.”

Their wide scope of influence affects Hosannas’ live show, too. In addition to having other band members play live drums and guitar, Brandon and Richard play all their electronic elements live every night — something you don’t see often. For Brandon, though, it’s a matter both of authenticity and excitement.

“Our music is pretty difficult to pull off live,” he says, “because we’re not using computers or sequenced tracks, and we’re each playing two instruments and singing. I think it’s a lot more showmanship, because you’re actually playing it.”

“I believe an audience really appreciates seeing people in a situation where they could mess up. We’re kind of on this tightrope.”