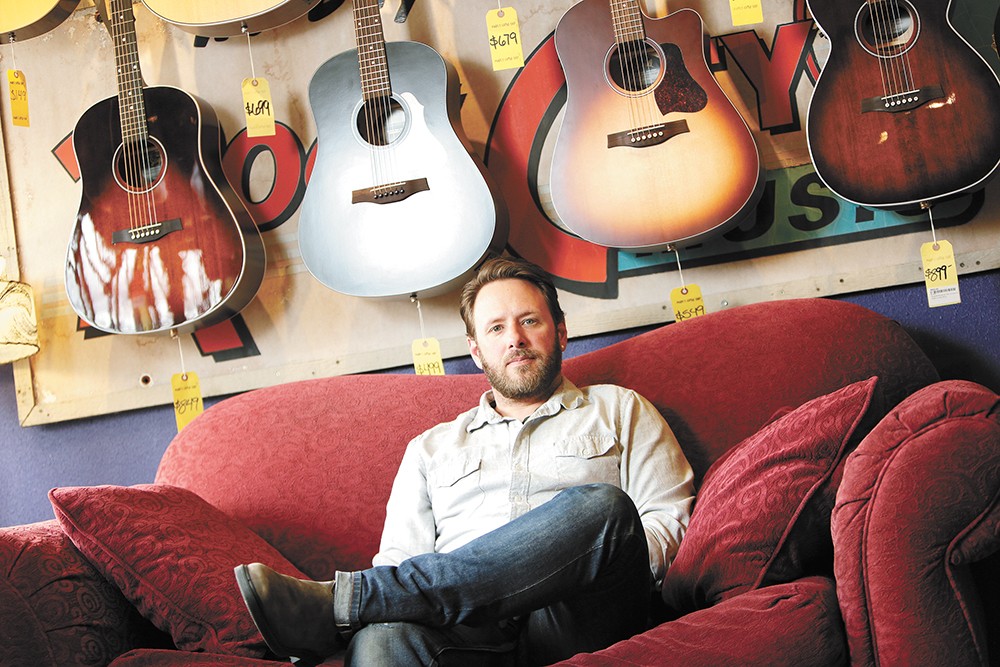 Young Kwak photo
Nate Corning, owner of Mark's Guitar Shop, missed out in the first round of the Payroll Protection Program loan.

It's been roughly a month since Congress approved its $2 trillion aid package in response to the COVID-19 pandemic and collapsing economy. The massive stimulus bill included around $350 billion for small businesses that had bills piling up and employees on the payroll.

But Nate Corning, owner of Mark's Guitar Shop in Spokane's Garland District, didn't see a penny of it, despite applying for federal loans weeks ago. Now, his two furloughed employees are receiving state unemployment benefits and he's staring down a host of bills. And business has plummeted.

"I applied for everything like the day they were available," he says. "I got another week before rent day, but as of right now the money is not there."

Corning applied for both an Economic Injury Disaster Loans (EIDL) grant and the Paycheck Protection (PPP) program. To him, it felt like he had thrown his EIDL application papers "into the wind," since he never received any follow-up. Later, his attempt to get PPP was stalled after the online application interface run by his lender, Chase Bank, kept crashing. It took over a week to get anyone from his bank on the phone. Then his contact at Chase needed him to switch out some forms, adding further delay.

On the morning of April 16, his bank contact was pressing him about moving quickly on the loan. And then, hours later — and less than two weeks after the loan program had started — the money that Corning was gunning for was gone.

"He's all over me: 'I need to know if you still want this loan or not,'" Corning says. "By the time that 10 o'clock rolled around, they stated that there was no money left for the PPP loan."

And yet, just down the street, management at North Hill on Garland got their PPP loan with no hiccups, co-owner Paul Z. Cassel tells the Inlander.

Corning's experience is reflective of the chaotic and inequitable way that billions of dollars in federal coronavirus relief money was doled out to businesses across the country. After Congress originally passed the $2 Coronavirus Aid, Relief, and Economic Security (CARES) Act in late March, large restaurant chains like Shake Shack and Potbelly got tens of millions of dollars. (Both companies eventually agreed to return the loan after public outrage.) Additionally, dozens of large companies with legal and financial troubles unconnected to the pandemic were infused with cash while over 200 publicly traded companies received around $750 million, according to the New York Times.

And while Congress has since approved billions more to replenish the depleted program, industry experts don't expect the frenetic pace to change much.

"It's a mad dash. It's the Oklahoma land grab," says Ezra Eckhardt, president and CEO of Spokane Teachers Credit Union. "You have everybody on a clock, a limited pool of dollars, limited time, limited information, limited accessibility."

"We did over a billion in PPP loans in less than a week. The scale of how we're putting out funding to these communities is unprecedented," says Jack Heath, president of Washington Trust Bank. "We booked more loans in a week than we would do in two years.

"The system wasn't built for it," he adds.

When asked to estimate how many applicants in the region didn't receive federal loans, Eckhardt says: "It's easily in the range of 10,000-plus."

"That's across all the national banks, community banks, credit unions," he adds. "I think that's safe for Eastern Washington."

The demand for small-business loans coincides with the surge in unemployment filings across the nation. In Washington, over 500,000 people have filed for unemployment benefits, while the nationwide tally has passed 26 million.

"We know in the first round there were many businesses that didn't get through," says Alisha Benson, CEO of Greater Spokane Incorporated, an organization representing over 900 businesses and organizations. "It's overwhelming, and it quickly encapsulates how immediate and significant and deep this pandemic impacts the economy of our community."

One major factor that cut small businesses off from the aid money was the way that it was administered. The Small Business Administration — the federal agency guaranteeing the loans — relied on banks to process PPP loan applications. This meant that small businesses' relationships with their bank (or lack thereof) and their lenders' ability to maneuver quickly to process a tidal wave of applications impacted whether or not they could get money.

"Externally, it's been difficult for small business owners," says Ken Plank, chief lending officer at Numerica Credit Union. "If you were lucky enough to have a relationship heading into COVID-19 with a lending institution that was already pretty savvy and up and running and pretty familiar with SBA, then I think that probably helped a lot of the small businesses."

"People say that these programs are to help small businesses and sole proprietors, but a lot of those people don't have the banking relationships to secure aid," says Mariah McKay, founder and executive director of the Spokane Independent Metro Business Alliance. (She adds that only a handful of her organization's members got federal loans in the first round of funding.) "What an idiotic mismatch of intention and realities."

As anecdotal evidence of how smoothly the PPP application process could go for some borrowers, Cassel, co-owner of the North Hill on Garland, for instance, praised his banker at Washington Trust Bank and described the procedure as straightforward.

"Once the bank felt like they had a direction and they knew they were going to get the money, it was pretty easy," Cassel says. "My banker, she was great. This was weeks and weeks before we were able to apply, we were already into it, everyone is scrambling and trying to gather information."

Ongoing changes to the program's rules made by the Small Business Administration didn't help either.

"It was chaos for the first couple of weeks," Eckhardt says. "I think in the first 20 calendar days after the CARES Act there were 31 changes to the SBA rules and there's been more after that."

While Congress approved $310 billion more to replenish the depleted small business aid funding, industry players expect it to get used up rapidly — especially when considering the large number of applicants who were processed but didn't get funding in the first round before the pool ran out.

"I would guess, just based on the rate of the last round, I wouldn't be surprised if it was four days, probably not more than five days," Eckhardt says on Monday morning shortly after the program reopened.

Back at Mark's Guitar Shop, Corning was told by Chase Bank staff that he would be in-line for a PPP loan from the second round of financing. But, as of Monday, April 27, he hasn't heard anything from his bank. Next month's rent is looming and he hasn't talked to his landlord yet about the situation.

"Normally if I was open for business and people were out shopping, not a problem, I'd have enough for rent in a couple of days," he says. "But now, selling a few packs of strings every couple of days, that's not gonna happen." ♦

The original print version of this article was headlined "Mad Dash"