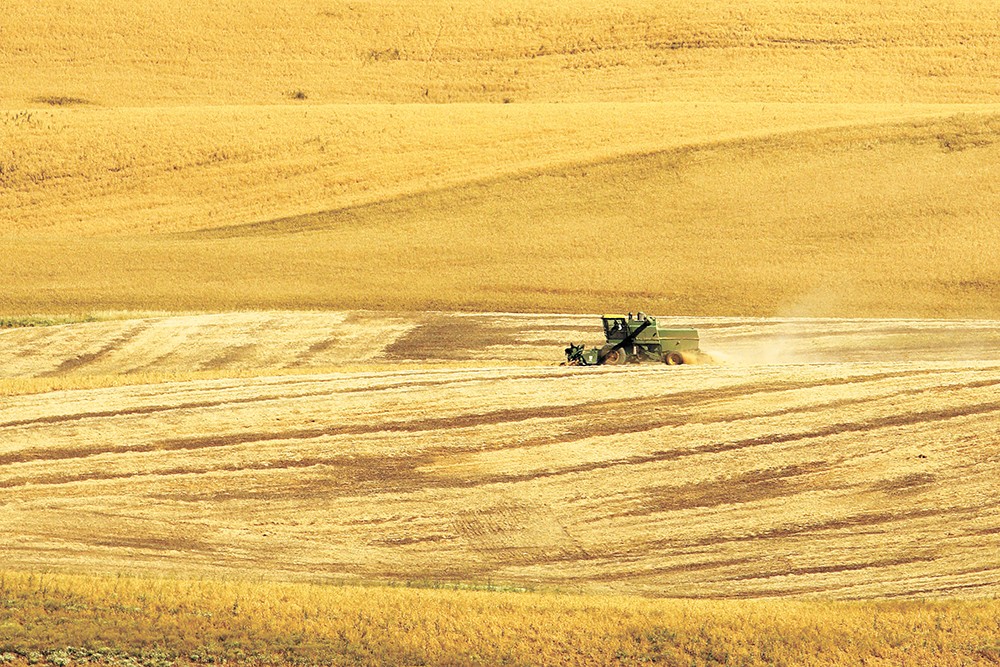 A trade war between the United States and China that was initially sparked over intellectual property rights has reached a fever pitch, with American farmers caught in the crossfire as bargaining chips.

Since 2018, the U.S. and China have had a back-and-forth trade dispute, with the U.S. raising tariffs on billions of dollars of Chinese imports and China responding in kind. In the latest move, the Trump administration announced plans to slap 10 percent higher tariffs on most remaining Chinese imports (about $300 billion worth) previously unaffected in the trade war starting Sept. 1.

U.S. farmers exported $19.5 billion of products to China in 2017, but that plummeted to $9.5 billion in 2018 with the beginning of the trade war, and now could drop to nothing, prompting American Farm Bureau Federation President Zippy Duvall to call China's recent announcement a "body blow" to the industry.

"China's announcement that it will not buy any agricultural products from the United States is a body blow to thousands of farmers and ranchers who are already struggling to get by," Duvall says in a news release. "In the last 18 months alone, farm and ranch families have dealt with plunging commodity prices, awful weather and tariffs higher than we have seen in decades."

Some of that decrease was due to other tariffs imposed by Mexico, Canada and other major import partners who also had trade disputes, he notes.

While it seems likely there could be consequences on some of this year's crops, the overall impact of China's decision could take months to become apparent, especially if trade talks continue in September.

"Without a doubt, farmers and the agriculture industry have been among the hardest hit by the ongoing trade war between the U.S. and China," McGann says. "The latest development will certainly have some impact, but how much damage it causes remains to be seen. As has been the case since this dispute began, the situation remains fluid."

While Washington's apple harvest is just gearing up to get started, exporting to other countries doesn't typically get into full swing until December and January, after those countries have used up their own harvests, explains Toni Lynn Adams, spokeswoman for the Washington Apple Commission.

Washington exports about one-third of its apple crop each year, and represents 95 percent of American apple exports.

Recently, China has been the sixth largest customer, buying $13.5 million of apples from Washington in 2018, or about 3 percent of Washington's overall sales.

"It's not a huge volume, but is a very valued market," Adams says. "There's demand for quality fruit and consumers are willing to pay for that quality fruit, which is important for grower returns and profitability."

It's hard to say what the impacts might be later this year, but at least for apples, last year wasn't as detrimental as it could have been. Washington typically exports about 1.1 million 40-pound boxes to China per year, Adams says, which didn't dramatically drop.

"Even with a 50 percent tariff in place and a reduced crop volume, Washington still exported nearly 900,000 boxes to China," Adams says. "With those obstacles in place, there was still a significant volume."

The story hasn't been the same for other commodities.

China completely stopped buying Washington wheat when just talks of 25 percent tariffs on $50 billion worth of Chinese products were brought up in 2018, says Glen Squires, CEO of the Washington Grain Commission. That makes the recent announcement less impactful for grain growers this season.

"You can't buy any less than zero," Squires says.

But China had still represented a large market before the tariffs, taking 300,000 metric tons of Pacific Northwest wheat, Squires says.

"Last year we came out alright. ... There were other places the wheat found a market," he says. "But when you lose demand like that, then the price weakens and goes down."

For Brad Haberman, who grows hay and alfalfa near Ellensburg, the tariffs had a quick and clear impact on his processing operation, which packages the animal feed crops for export. That business, Number 9 Hay Trading, was sending about 30 shipping containers of alfalfa to China each week before the tariff increases started.

"When the tariffs came in, we shipped zero for three months," says Haberman, who also serves as vice president of the Washington State Farm Bureau.

Things have somewhat rebounded — they're back to sending about 20 containers per week now — but Haberman says the 30 percent retaliatory Chinese tariff on alfalfa affects how much customers there can afford, and the overall price of the product.

"At that time, at the farm, alfalfa dropped about $30 a ton for a while," Haberman says.

Meanwhile, it's prime harvest season for the crop and there's some uncertainty about where farmers will sell their product, as China's recently only been buying in about three-month increments due to uncertainty about further tariffs and trade talks, Haberman says.

But at least in the short term, despite the crunch on farming, Haberman says he doesn't feel the tariffs are all bad.

"I feel like China has had an unfair trade advantage with the United States," Haberman says. "All of agriculture gets hurt whenever you have a trade war. That is the bad thing about it, is that farming always gets hurt. I think in the long run, hopefully it'll come out better."

After the recent escalation in the trade war by both sides, it's unclear if negotiations that had already been scheduled for September will take place.

Last week, China was apparently still keeping the door open to having the face-to-face negotiations, according to Hong Kong English-language newspaper the South China Morning Post.

President Donald Trump, however, told reporters outside the White House late last week that he wasn't sure if the meeting would occur, saying, "We're not ready to make a deal, but we'll see what happens."

By Tuesday this week, the U.S. Trade Representative's office announced it wouldn't increase tariffs on some electronics Sept. 1 as planned (likely to decrease impacts on the upcoming holiday shopping season, the New York Times reported) and China's trade representative had told Chinese state media that the two countries could meet in just a few weeks. ♦