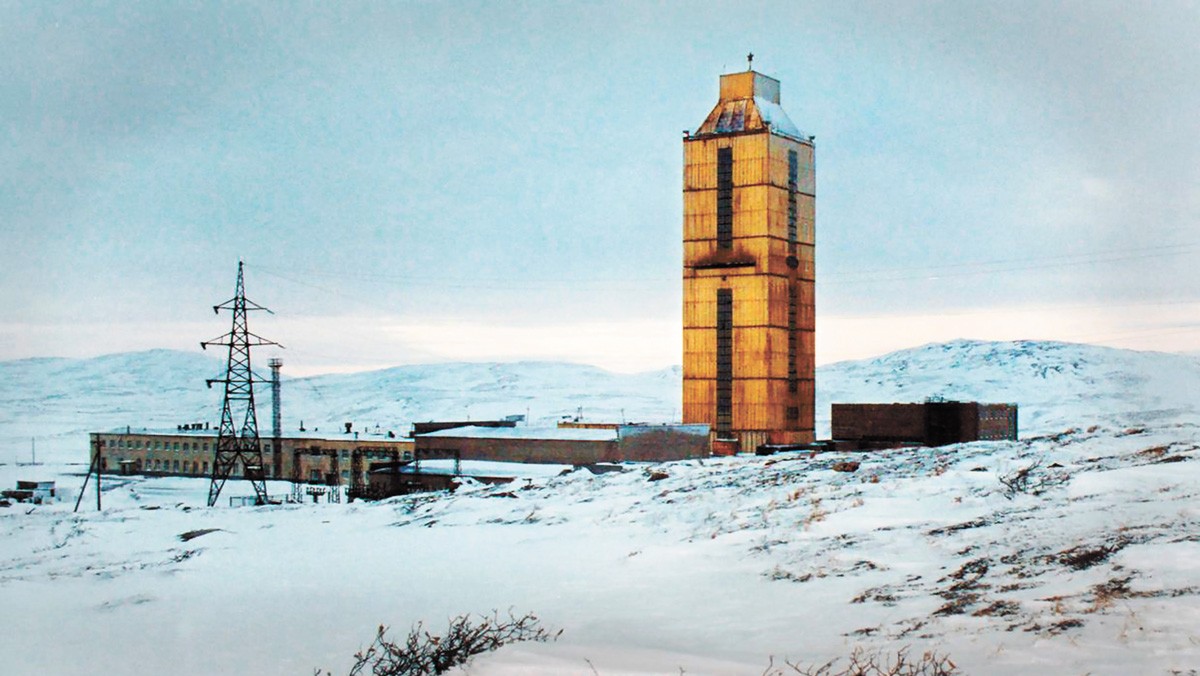 Gonzaga professor/filmmaker Matt McCormick's The Deepest Hole was accepted to Sundance this year and is now streaming.

Matt McCormick has been on a Cold War kick lately. The Spokane filmmaker and Gonzaga University professor's last work was called Buzz One Four, a biographical short about a 1964 incident that involved his Air Force pilot grandfather, a freak thunderstorm and a cache of nuclear bombs.

His latest film, The Deepest Hole, continues his fascination with the backroads and B-plots of significant historical eras, this time detailing a bizarre incident from roughly the same era as his earlier film. The Deepest Hole premiered earlier this year at the Sundance Film Festival, in what would turn out to be one of the final major film events before lockdown.

It wasn't McCormick's first time at the Park City festival, but it had been years since his last visit. Any time you're programmed into Sundance, he says, it's a pretty typical and hectic routine: You're meeting people, doing audience Q&As, running from one location to another, and seeing lots of movies in between. For a lot of novice directors, getting accepted into Sundance is the first step toward a fruitful career. But for McCormick, who has made plenty of festival-approved documentaries and music videos, it's mostly an excuse to showcase your work at one of the most important film festivals in the world.

"I'm not necessarily a professional filmmaker anymore, but it's still a wonderful honor," he says. "I went to Sundance feeling like I already won."

Now The Deepest Hole is available as part of a package of the best shorts from this year's Sundance, which you can rent digitally through the Magic Lantern's website. It's a film that McCormick started working on about five years ago while he was doing research that would result in Buzz One Four.

"I went down some deep Cold War rabbit holes," McCormick says. "I saw an archival photo of the Kola Superdeep Borehole, and I was like, 'Oh, there's a film.'"

REOPENING
Last week, Gov. Jay Inslee announced that restrictions on movie theaters were going to be loosened, allowing the state's indoor theaters to reopen at 25 percent capacities for the first time since March 14. AMC locations will open again on Friday, including Spokane's River Park Square location, and the downtown arthouse the Magic Lantern Theater is currently planning its eventual reopening. This news comes on the heels of Regal Cinemas announcing that it would be temporarily shuttering all of its locations nationwide, which means its previously operational Coeur d'Alene theater has shut down and its NorthTown Mall and Valley Mall locations will remain closed. We'll have more coverage in future issues of the Inlander. (NATHAN WEINBENDER)

So what is the Kola Superdeep Borehole? It was the byproduct of a lesser-known Cold War race between the U.S. and the Soviet Union. One that involved both countries trying to dig to the center of the Earth before the other. The Russians ended up outpacing the Americans, drilling a 40,000-foot hole near the Russia-Norway border. The story goes that, upon reaching their ultimate depth, the drilling team dropped a microphone down into the inky abyss, and what emerged was a cacophony that sounded an awful lot like souls being tortured in the underworld. Someone purporting to be a scientist on this top-secret crew then leaked that recording, which made its rounds on the earliest incarnations of internet message boards and launched countless urban myths.

But, as you might expect, not all was as it seemed.

"There are these two separate stories that existed in parallel universes — the very scientific story of this Cold War race to dig the deepest hole and all the kind of technical and scientific stuff that went with that," McCormick says. "And then this other storyline of, you know, just bullshit."

You might think the story ends there, but there are more twists and turns, and each one — from the actual identity of that whistleblowing Russian scientist, to the actual source of the horrific noises, to the recording's popularity amongst 1990s televangelists — is weirder than the one before. McCormick unpacks the whole thing in less than 15 minutes, using a mixed-media style that incorporates archival footage, animation and impressionistic illustrations.

The Deepest Hole may be firmly rooted in a bygone era, but its central conflict — the war between unwavering faith and scientific truth — remains timely.

"We have these histories of conflict, of ideological arguments that go on for generations," McCormick says. "You can see how the different sides of these different arguments positioned themselves. That's what I found perhaps the most interesting. ... Capitalism versus communism resulted in all these goofy scientific experiments, like seeing who could dig the deepest hole, and then the whole science versus religion [debate] led to urban myths and fake news."

Although The Deepest Hole hasn't played on any big screens since its Sundance debut, it's now readily accessible as part of a six-film package that spans the globe from Malaysia to Canada to Morocco. Not only do you not have to travel to Sundance to see it, you don't even have to leave your living room.

"You can live out in the middle of nowhere in a town that doesn't have any kind of theater and access this as long as you've got an internet connection," McCormick says. "In that sense, that is a perk." ♦

Sundance Film Festival Shorts Tour 2020, which includes The Deepest Hole, is available to rent for $10 at magiclanternonmain.com.