Jeremey Randrup photo
Susan Webber and Shelby Allison worked with Spokane Arts and the Nike store to create this mural, seen here as a work in progress, in downtown Spokane.
Shards of glass and spent tear gas canisters littered the streets of downtown as curfew fell upon a broken city the evening of May 31. As people woke up the next morning to see smashed windows, many could see it wouldn’t be enough to simply clean the place up — a mood-changing makeover seemed in order.

Nearly a week later, artists took to the streets of downtown Spokane, turning blank, boarded up windows of businesses into canvasses for their own expression at the request of business owners.

While some businesses like Spokane Exercise Equipment and Garageland took it upon themselves to send out a social media call to any artists available and interested, Spokane Arts also participated by coordinating with more artists to get them involved, paying them an artist’s stipend and assisting them in ways like providing the necessary materials, such as primer or scaffolding, and connecting them with businesses.

Melissa Huggins, executive director of Spokane Arts, saw this as a good opportunity to brighten downtown while getting work for artists.

“With the pandemic and all of the shutdowns, things are tough for artists as it is,” Huggins says. “A lot of artists lost work.”

A range of different styles and messages are on display throughout downtown, including that of graffiti artist Desmond Boston, who was hired to embellish the boards of Spokane Exercise Equipment.

“I want people to look at the project and just exhale, breathe a little bit,” Boston says. “I want them to have a little sense of relief to know that some of us are listening.”

Boston’s piece involved a broken glass emergency case with a fire extinguisher. For him, it was reminiscent of glass windows broken the night of the May 31 protest.

“There is an issue right now with people crying out and not being heard until they smash windows,” he says.

Inside the case, Boston stenciled “I love all of you" among other words like “mercy” and “forgiveness.” 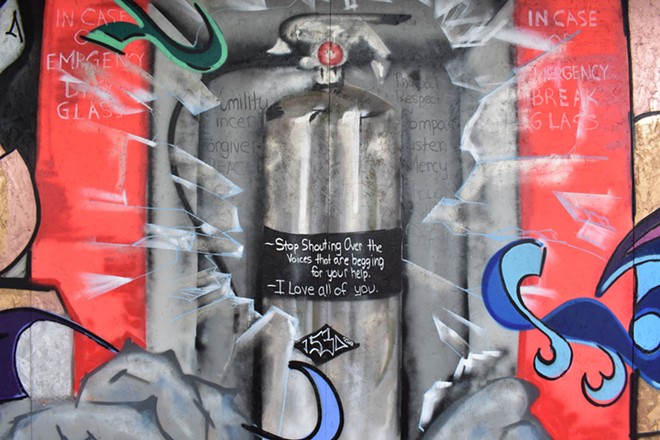 Jeremey Randrup photo
Desmond Boston's mural at the Spokane Exercise Equipment store had messages laced throughout.
Just down the street, artists Susan Webber and Shelby Allison were hand painting on the entrance to the Nike store, a gig coordinated and paid by Spokane Arts. They intended to make a memorial for George Floyd and Breonna Taylor, among other victims of police violence. A majority of the proceeds that Webber and Allison made from Spokane Arts they donated to Black Lives Matter.

“We’re trying to exemplify some sort of hope that we can make things better,” Webber says. “We’re spreading awareness about senseless deaths.”

At Spokane's Empire State Building, black artist Joshua Thomas painted a collection of shapes on a board that is taller, requiring him to use a set of scaffolding. Like Webber and Allison, Thomas also got compensated through Spokane Arts.

For him, this is an opportunity to instead offer a moment of distraction from serious issues, a much different direction from Webber and Allison as well as Boston.

“I feel like this is an opportunity to keep things fun,” Thomas says. “I could paint something extremely political and stir things up, but I do my activism in other ways. People can use something to look at and see that not everything has to be serious.”

Thomas, however, still wants his piece to not completely distract from a larger message.

“I feel like art is an opportunity to show people that even though things aren’t going well in the country right now, there is still beauty. We can rebuild.”

The projects had a quick turnaround, many of them finished before the Black Lives Matter protest on June 7.

As demonstrators spread about the city, they could see positive messages that assigned meaning to what used to be blank, boarded windows and doors. 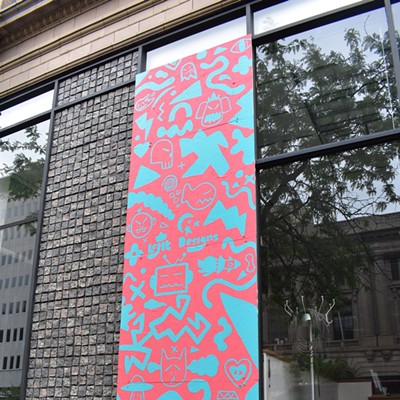 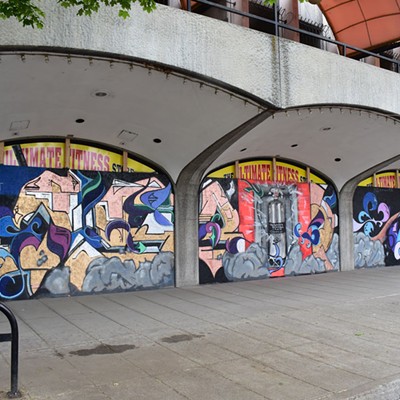 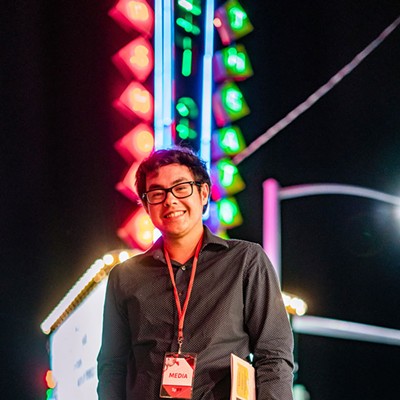 Jeremey is a summer 2020 intern from Whitworth University majoring in journalism. He enjoys all things movies and music and appreciates the world's beauty through photography.
Read More about Jeremey Randrup