In time for the symphony's tribute to 007, we're running down the best James Bond theme songs 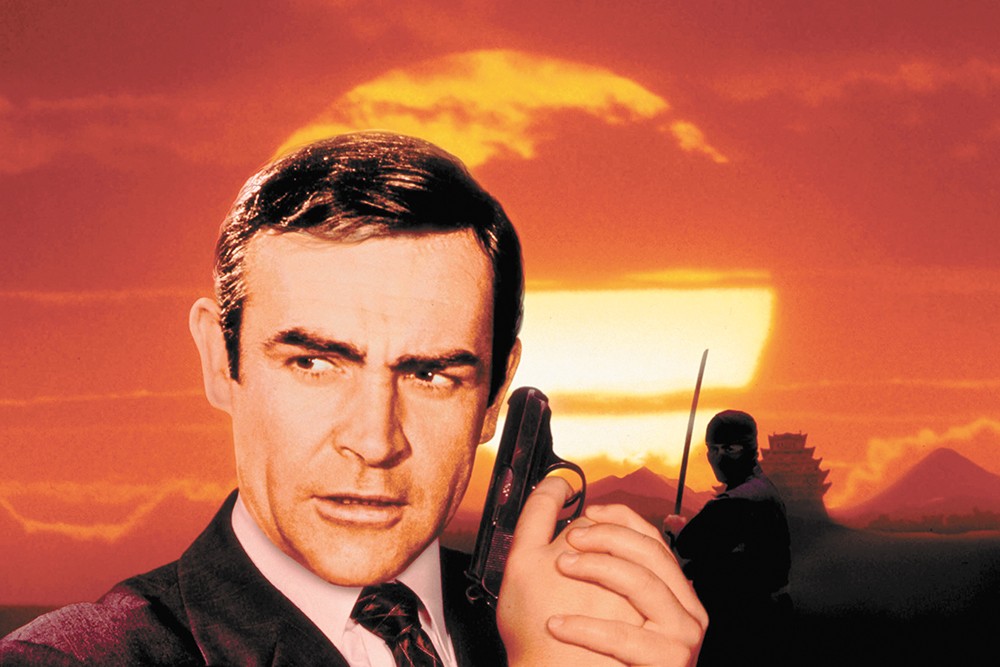 Sean Connery is the quintessential Bond. End of discussion.

He's one of the most iconic characters in all of fiction, and while the actors who play him may come and go — from Sean Connery to Daniel Craig, there have been six Bonds over the course of the 24 films in the series — Agent 007 remains timeless.

We continue to flock to the Bond movies because, in a way, we sort of know what to expect — the gadgets, the sharp suits, the cartoonish villains, the Bond girls. And, of course, there are the opening credits sequences, with their psychedelic visuals and their title tunes written and performed by the day's biggest stars.

The Spokane Symphony is paying tribute to the cinematic and musical legacy of Ian Fleming's superspy with a Pops program of the series' most distinctive songs, from that slinky theme song everyone can hum, to the more pop-oriented tracks that climbed the charts and snagged Oscars. Vocalists Hugh Panaro and Morgan James will join the orchestra for the performance, which will feature everything from the classic vocal power of Shirley Bassey and Adele to the new wave gloss of Duran Duran and a-ha.

As with the quality of the Bond series itself — for every masterpiece like From Russia with Love, there's a head-scratcher like Quantum of Solace — these titular tunes are all over the place. We're trimming the fat and running down our favorite Bond theme songs (listed chronologically), the ones we'd most like to hear at Saturday night's concert.

Some would argue this is the Bond theme, the one that defined the sound and tone of the title song from here on out — elements were even lifted for the Gladys Knight title track of 1989's "Licence to Kill." Composed by the legendary John Barry, the song's wailing brass licks perfectly complement vocalist Shirley Bassey's powerful pipes, and it's all quintessential to the basic appeal of the franchise.

Sean Connery had planned to leave the series for good after 1967's You Only Live Twice, but following George Lazenby's one-off stint as 007 in On Her Majesty's Secret Service, he was back in the saddle for Diamonds Are Forever. It only made sense, then, that Bassey would also return for her second Bond theme (she'd later make it a trifecta with 1979's "Moonraker"), bringing the series back to its original sound.

As bombastic and overwrought as you want a Bond song to be, although the film it's in is hardly the series' finest hour. McCartney reunited with longtime Beatles producer George Martin, and so the song is of course impeccably arranged, a melancholy pop ballad that morphs into an orchestral freak out and back again. It also leans into a Caribbean beat that mirrors the locations of the film, making it a multi-suite mini epic that would have felt at home on Abbey Road.

From The Spy Who Loved Me, this is a terrific AM pop song regardless of its context, composed by the prolific Marvin Hamlisch. It's essentially a tribute to Bond's sexual prowess, though Simon lends it an air of innocence and charm. A major injustice: It lost the best original song Oscar to Debbie Boone's sappy, unbearable "You Light Up My Life."

Easily the best of the '80s Bond themes, which marked the end of Roger Moore's stint as 007 and confidently ushered in the more modern era of Bond. Duran Duran were at the peak of their popularity when they recorded this, and it's in the tradition of their iconic Rio album — shiny, catchy, a little punky. It's also the only Bond song to top the U.S. pop charts.

Almost exclusively known in America for the irresistible pop gem "Take On Me," the Norwegian band a-ha remain massively popular all over Europe, so it only made sense that they'd lend their voices to U.K.'s most popular film series. Their contribution to the genre is a blend between the symphonic pomp of retro Bond and the glossy new-wave pop of the era, and although the single failed to chart in the U.S., it was a No. 1 hit in the band's native country.

Surprisingly enough, this was the first song from a 007 movie to win an Academy Award — the one immediately after this, Sam Smith's "The Writing's on the Wall," would also take home an Oscar — and it is pretty damn good. Ever the classicist, Adele lends the song the austerity and melancholy of an old-school Bond torch ballad, returning the series right back to its roots in the days of Shirley Bassey. ♦