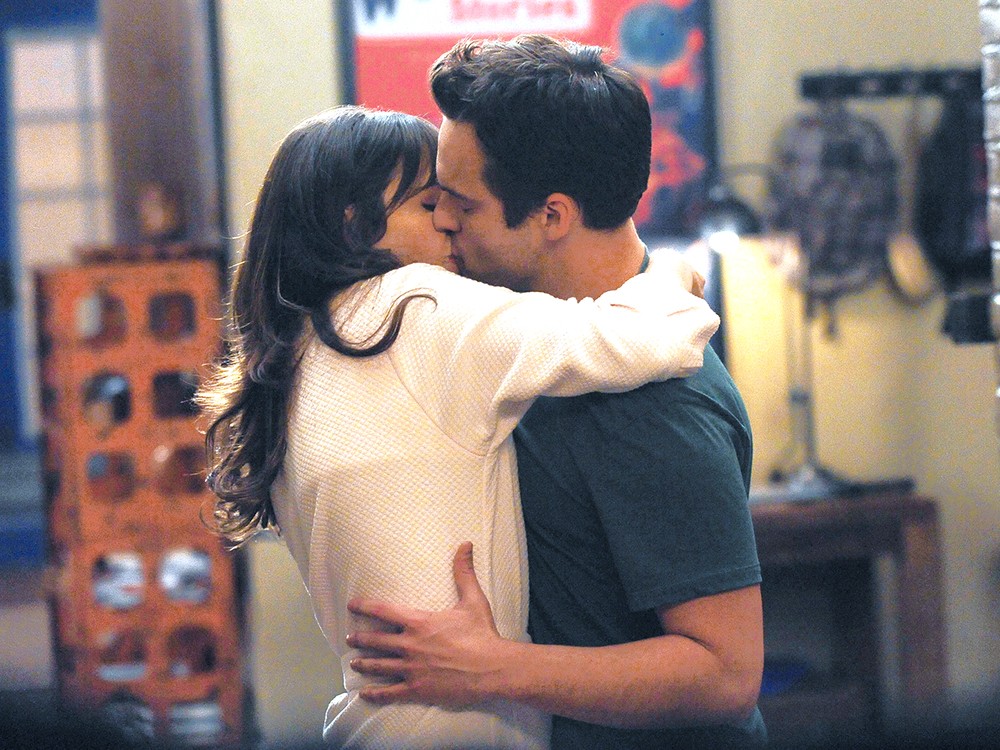 Get a room already, and get off TV, say some lawmakers.

On most days, it seems the Idaho Legislature would be happiest if the federal government evaporated into thin air. But on occasion, the feds become a tool lawmakers in Boise aren’t afraid to use.

Last month, it was a call for feds to crack down on marijuana after two nearby states legalized the drug for recreational use. (The measure didn’t pass in the end, but another did, saying Idaho intends never to legalize pot.) This week, some state representatives want the Federal Communications Commission to do something about how much sex kids are seeing on TV.

“The Federal Communications Commission is encouraged to resume enforcement of traditional American standards of decency,” reads a non-binding resolution that is expected to reach the House floor for debate this week.

The joint resolution from both chambers of the Legislature comes with no action, but calls on the FCC to prohibit talking about or showing sex on TV, especially if it’s outside of marriage. “References to premarital sex, characters lying in bed together and characters disrobing or undressing” are all too much for the children, according to legislators.

Caldwell Republican Rep. Darrell Bolz says he introduced the resolution because a constituent came to him a few years ago concerned about the “general connotation” of modern TV shows. Since federal rules would override any Idaho law on the issue, he introduced this measure as “more a statement than anything else” about what the citizens of Idaho want on their televisions between 6 am and 10 pm.

“At some point we have to stand up for our morals,” Bolz says.

The FCC, which regulates what’s allowed on TV and radio, already curbs what’s permissible between those hours, but Bolz doesn’t think they’re enforcing those rules well enough. Edgy (but not obscene) expressions are protected by the First Amendment, so the FCC can’t ban them altogether, but courts have allowed it to regulate what’s on at times when children are most likely to be watching. Shows that are indecent — anything that “depicts or describes, in terms patently offensive as measured by contemporary community standards for the broadcast medium, sexual or excretory organs or activities” — can’t air between 6 am and 10 pm.

While there’s no mention of premarital sex in current FCC regulations, the definition of “contemporary community standards” is a highly subjective moving target. Not only do times change, but the people interpreting the rules do too. The current Democratic chairman has pursued fewer indecency complaints than his two Republican predecessors. Meanwhile, the Supreme Court has refused to determine whether TV and radio regulations should continue as they are, and if new technologies, like cable TV and the Internet, should be controlled in the same way.

Wayne Hoffman, president of the Idaho Freedom Foundation, a nonprofit that advocates for individual rights and limited government, argues against Bolz’s resolution on the basis of that uncertainty. In a piece on the Idaho State Journal’s politics blog, Hoffman argues that when the government “assumes the role of morality police” and bureaucrats determine what’s allowed on TV, enforcement can be unpredictable.

“[Idaho lawmakers are] offended by and frightened by the proliferation of what they presume to be undesirable content,” Hoffman writes. “But they should be more offended and frightened by a government that has the power to tell us what’s right and what’s wrong, to punish us when they find the latter and … can’t or won’t explain the difference.”