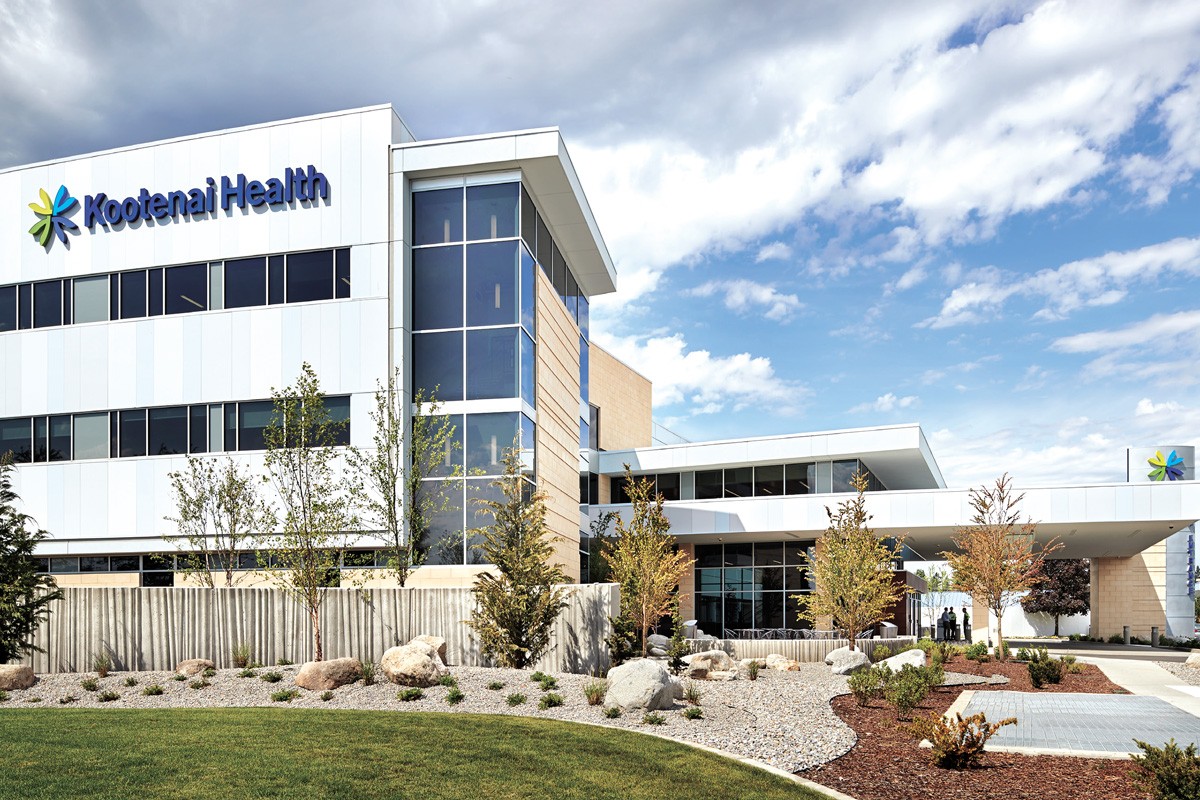 This week, Washington joined several states in reinstating sweeping restrictions on indoor activities as COVID-19 cases started to spread like wildfire and hospitalizations began to increase.

On Saturday, Sunday and Monday alone (Nov. 14-16), Spokane County saw 942 cases, a total the county didn't even reach after the initial outbreak until June 20. The Idaho Panhandle saw a similar spike, with 345 cases over those three days.

Put more starkly: The region racked up three months' worth of cases in just three days.

"We are extremely concerned at how quickly COVID-19 is spreading through our state," Washington's State Health Officer Dr. Kathy Lofy says during a Sunday morning press conference. "If that doubling time continues, in two more weeks we'll be seeing over 4,000 cases per day."

To prevent that, Gov. Jay Inslee again banned indoor social gatherings, indoor dining, working out in gyms and other indoor activities that are most likely to contribute to spread of the virus, with most restrictions taking effect by Wednesday of this week.

Officials are largely worried about hospitals getting too full. Even with only a small percentage of cases needing hospitalization, health care systems around the country are starting to feel the pressure as their Intensive Care Unit (ICU) beds fill with COVID patients and staffing levels grow strained.

"We will eventually exceed the capacity in our hospitals to adequately care for all patients, including patients with and without COVID, and ultimately will lead to more deaths," Lofy says.

While area hospitals are currently managing the load, some patients seeking other services have already been diverted from their closest hospital as they seek care and COVID patients take up staffing time and resources.

HOSPITALS STRETCHED THIN
For eight months, nurses and doctors at the hospitals have been working long hours under trying conditions, restricting the use of personal protective equipment (PPE) when necessary to contend with shortages, and sometimes comforting dying patients on behalf of family members who aren't allowed inside to visit for their final breath.

"We are exhausted," says Clint Wallace, an ICU nurse at Providence Sacred Heart, during the Sunday press conference. "Hospital preparedness is more [than] having adequate beds and ventilators; it's about having adequate staffing."

COVID patients take much more staff time than normal patients, as PPE must be donned before entering those patient rooms, and taken off when leaving. It adds time to those visits that can't be spent with other patients, and restricts the number of beds hospitals can truly fill with patients in need of round-the-clock care.

As of Sunday, the Sacred Heart ICU was effectively over 100 percent capacity, Wallace says, due to those staffing limitations.

"I've been an ICU nurse for close to 20 years now, and this is as busy as I've seen it," Wallace says.

On Nov. 9, Shana Fogerty, who works in the COVID unit at Kootenai Health, wrote a public Facebook post that went somewhat viral with more than 2,500 shares, as she responded to those who argue it's not a big deal because there's a survival rate of "96/97/98.8% (depending on who is quoting which source)."

"It's easy to be removed from the situation and quote nebulous statistics about how 'few' people die from this virus. It's much harder to look them in the eye and tell them they're dying. They matter," Fogerty writes, noting she's been working 13-hour days. "Thank your healthcare workers who are working so hard in these units across the country. They spend hours not drinking, not peeing so they can take care of their patients while wearing continuous PPE [because] it's a lot of work to properly 'don and doff' the protective gear."

Kootenai Health hit 92 percent capacity for its surgical/medical beds by Nov. 6, and has had to divert more patients than normal due to those COVID patients requiring more staff attention.

Last year, during all of the fourth quarter, Kootenai only had to turn away nine patients. This year, in just the first six weeks of the quarter, the hospital has had to turn away 62 patients. Capacity as of Nov. 16 was at 86 percent, according to Kim Anderson, a hospital spokeswoman.

"Our current COVID-19 unit has been filled to capacity, so we are making plans to expand this unit, however, this will require additional resources that we don't have today," Anderson says by email. "We are working together with all the area hospitals to balance capacity."

Providence Sacred Heart is not diverting patients due to COVID and is "the region's only Trauma Level II facility, so we will care for people who are injured in serious accidents, have significant heart and stroke issues and more," spokeswoman Jennifer Semenza tells the Inlander by email.

On Monday, Spokane as a region had 106 hospitalized COVID-19 patients, 81 of them from Spokane County.

MultiCare has seen an increase of COVID patients and is close to the numbers that were seen in spring when the first shutdown was put in place, notes MultiCare spokesman Kevin Maloney.

"We have reopened our COVID units and are preparing for a surge as people gather for the holidays," Maloney writes by email. "While our hospitals have capacity to take care of our community, we are concerned about increasing transmission of this virus. It's important that everyone wear a mask, stay physically distant and wash hands often. We also encourage people to avoid gathering with friends and family who are not members of their household to prevent transmission."

Should the current wave of cases lead to an even bigger surge in hospitalizations, there are plans in place to make room.

THE SURGE
Back at the end of April, Spokane Regional Health District epidemiologist Susan Sjoberg outlined what the region's surge plan looked like, should hospitals become overwhelmed.

At the time, the health district was operating an alternate care campus with drive-thru screening and testing available at the Spokane County Fairgrounds, and had plans for isolation bed space for people who couldn't safely isolate at home. Emergency planners at the time had also outlined plans for an alternate care facility at that location should one be needed to take patients from the hospitals.

"An alternate care facility is something that we would open at the end of many other phases of the health care system being able to surge with an influx of patients due to COVID-19," Sjoberg notes during the April 24 public update from the district.

Planning for surges in patients is something regional hospitals have collaborated on for years, she notes.

In the second phase of the plan, hospitals will surge into areas that aren't always used for acute care, but have beds that could be staffed for those needs. Conserving protective equipment and stopping some elective surgeries would keep more space open during this phase, as was done earlier this year.

In a third phase, when expanded beds within an existing hospital are full, pressure on such hospitals could be eased by transferring people recovering from emergency situations (including COVID) to facilities that don't typically serve as public acute-care hospitals, such as Shriners and Mann-Grandstaff, Sjoberg says in the April update. At that point, the district would look at training more staff with the health care systems to potentially work at an alternate care facility.

"If we ever got to the point where those additional locations were full, then the fourth phase is when we would be prepared to open an alternate care facility," Sjoberg says.

At that point, ethics teams have been preparing regionally to help systems make decisions on who receives what type of care, should resources become so limited that some people can't receive the full treatment they would normally get.

Officials and hospital workers alike hope the new restrictions on activity will prevent the region from getting there.

"We are needing the community to pull together. We are needing everyone to put aside their political and financial motives and follow the directions of our health experts," Wallace, the Sacred Heart ICU nurse, says. "We need everybody's help." ♦