Inland Northwest soccer fans join in the nationwide support of the U.S. women at the World Cup 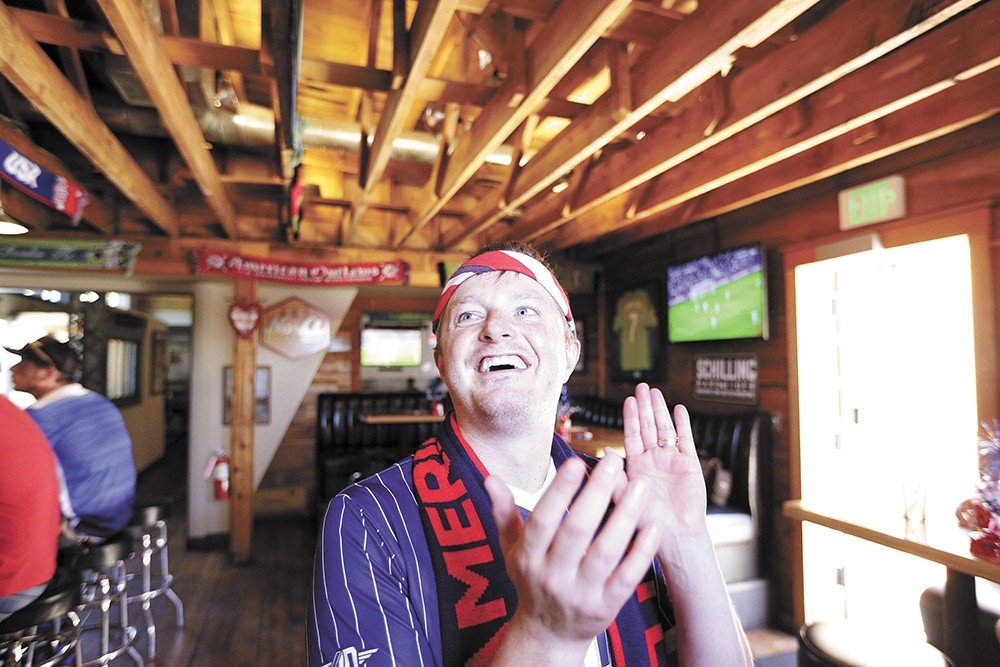 It was lunchtime on a Tuesday in mid-June but inside of Geno's it felt a lot more like the Fourth of July.

You couldn't look anywhere without seeing something, or someone, draped in red, white and blue. From scarves hanging in the rafters to the decorations on the tables, American pride was everywhere. The fireworks were provided by the United States Women's National Team, or USWNT for short, in the form of a 13-0 drubbing of Thailand to open the 2019 World Cup.

"That's how you start a World Cup," Sonia Martinez said of the performance.

Martinez, a traveling nurse and soccer fan from Texas, was at Geno's with members of the Spokane chapter of the American Outlaws, the official supporters group of the national soccer teams, which she'd discovered on Facebook.

Founded in 2007 in Lincoln, Nebraska, the American Outlaws spread around the country and the world for 10 years before Spokane landed the 194th chapter of the organization. The local founding fanatics settled on Geno's as their home base, where they host watch parties for all of the United States' games. Geno's, a sister restaurant to the Elk and Moon Time, among others, was a natural fit because the bar and restaurant just north of Gonzaga on Hamilton had already been serving fans of the Seattle Sounders.

Over the next few weeks it will be the rowdiest lunchtime spot in town as the Americans look to defend their crown as world champs.

According to chapter president Conor Wigert, about a dozen of the group's more rabid fans made the trek to France for the tournament. But those who made their way to Geno's instead for the Americans' tournament-opening match showed their passion loudly, and often.

Seven different players scored for the United States, which led 3-0 at halftime before knocking in ten more. The cheers became somewhat more subdued around the sixth and seventh goals, but after that, as the team drew closer to turning a blowout into a historic result, they grew boisterous once more. 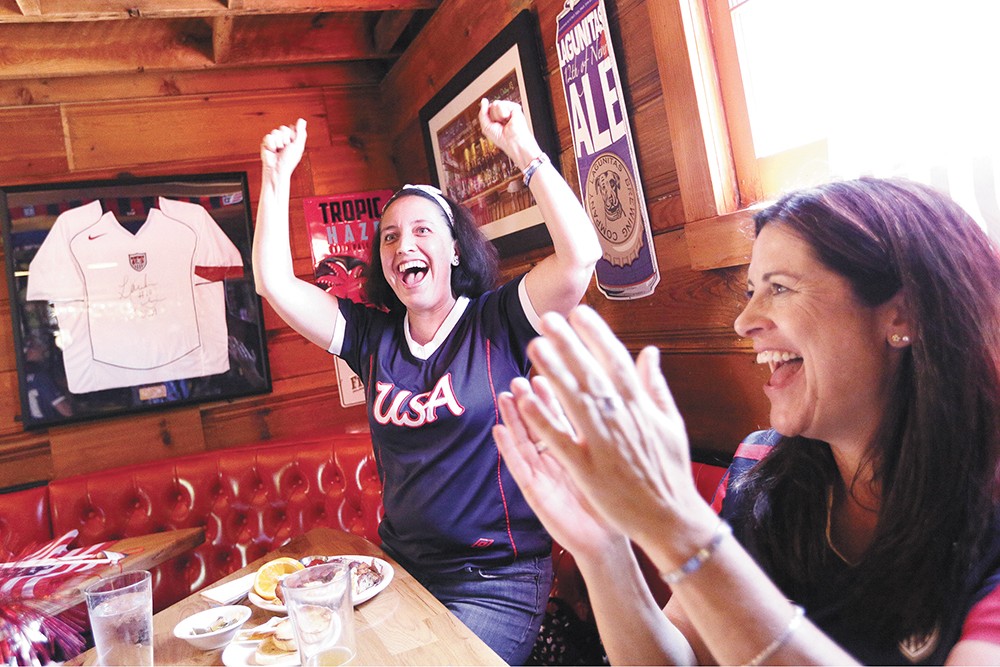 Alex Morgan tied a World Cup record with five goals. The team as a whole set a new record with 13. And those aren't just women's records, either, which is something to think about as the USWNT is fighting in court with the U.S. Soccer Federation for equal pay with their counterparts on the men's side.

But for now, the team is focused entirely on the World Cup, an event the men's team failed to even qualify for last year. After that disappointment, fans are as amped about the women as ever.

The United States is ranked No. 1 in the world according to the official rankings from FIFA, the sport's international governing body. The USWNT came into the tournament on a six-game winning streak and unbeaten in their last nine games. Their most recent loss, though, a 3-1 defeat to France in January, is one of the reasons Wigert isn't sure everything will go the United States' way.

France is, after all, hosting this year's World Cup. The Americans and French are the favorites in their respective groups, which puts them on a potential collision course for a clash in the quarterfinals. Standing between the Americans and that fate are a pesky group of Swedes, who will face the USWNT at noon on Thursday, June 20 — if you're one of the smart people who pick up the Inlander as soon as it's available, you might still have time to get to Geno's.

"Always worried about Sweden," Wigert said. "They've screwed up our World Cup plans a few times." And in the Olympics, too, like in 2016 when Sweden sent the United States packing in the quarterfinals. This year, though, the Americans don't have to worry about the Swedes knocking them out early.

Other teams to keep an eye on in this international celebration of the beautiful game are our neighbors to the north — the Canadians are the fifth-ranked team in the world — and the Aussies from down under who are ranked sixth.

"They have Sam Kerr," Wigert said of Australia. "Any team with Sam Kerr is going to be exciting."

The American roster is loaded with players from our top-flight domestic league, the NWSL, where Kerr is the all-time leading goal scorer.

While there are teams and players to watch all over the tournament, if you're at Geno's you better be ready to root for the Americans with the Outlaws. ♦

The original print version of this article was headlined "Gooooooooooal!"