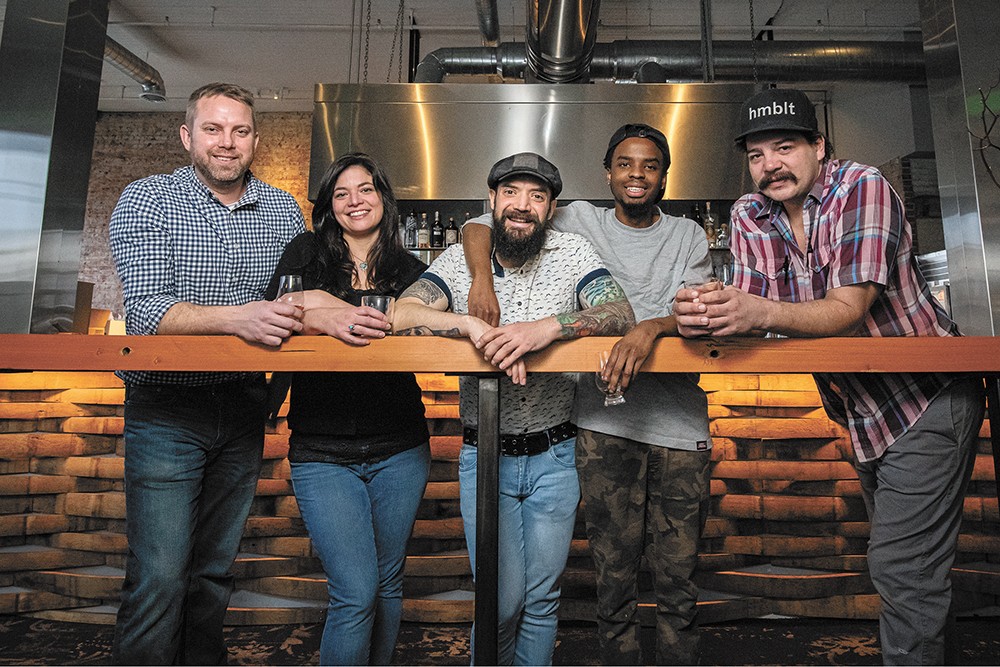 Neither ever were, presenting a frustrating challenge for the staff leading the kitchens and bars of each. As of early this year, though, new ownership has stepped in with the goal of effectively upholding the status quo.

Darby McKee and his wife Jovanka purchased both restaurants from Jeremy and Kate Hansen with the intent of keeping the same trio of leaders in place at both Inland Pacific Kitchen (IPK for short) and Hogwash.

At Hogwash, bar manager Simon Moorby and chef CJ Callahan are both maintaining their creative leadership of the drink and food menus, while upstairs at IPK, chef Austin Conklin continues to experiment with its creative fine dining concept, with support from Moorby and Callahan.

"It's their baby; they've been running it forever as far as day to day, and we didn't want it to be sold to someone who would change the team or concept," Darby McKee explains. "I don't know that anyone would know it's changed."

The McKees co-own Overbluff Cellars on the main level of the Washington Cracker Co. Building, at 304 W. Pacific Ave., and Darby McKee is a part owner of the historic building that houses both restaurants and the winery, along with event spaces, the Terrain art gallery, Anvil Coffee and many business tenants.

"When [Jeremy] moved, it was frustrating because everyone thought that he was selling the business and people stopped coming in, or I'd hear at another bar 'What are you going to do?'" Callahan says. "When Darby stepped in, it was an ideal solution. Jeremy and Kate set a very high standard and put us all in a position to run the businesses for them, and separate from them we can maintain and raise that standard. It's a challenge we're up to."

Moorby and Callahan have both been at Hogwash essentially since it opened in late 2016. Conklin joined the team at IPK about a year ago.

Conklin plans soon to launch a special Tuesday tasting menu to expand IPK's weekday operations with a rotating, multicourse, fixed-price menu that he and his staff can get creative with.

"We want to get people in the door to see what kind of food we're doing," he adds.

Callahan chimes in: "With IPK it's worth noting that we're making a very concerted effort to get away from the exclusive concept that it started as. We're trying to make it more approachable and accessible. We want to establish regular and weekly customers."

Downstairs at Hogwash, Moorby is working on compiling a comprehensive list of the more than 300 whiskeys he's stocked the bar with. In the kitchen, Callahan is happy to focus his energy on one venue, rather than spreading himself thin across the Hansens' former multilocation restaurant group.

"I feel more focused. This is what I always wanted to do, in this restaurant and kitchen and bar. I can now fulfill ideas I wrote down six months ago," he says.

Eventually, the team leading each spot will have a chance to join with the McKees as part owners.

"To watch this team's work is impressive," Darby McKee says. "It's really cool to see how much they care about the product, and figuring out how to keep moving it forward and driving to bigger and better things. I wouldn't have done it if it wasn't this team." ♦

The original print version of this article was headlined "Chapter Two"