At just 18, Conrad Tao comes to town to play Beethoven with the Symphony 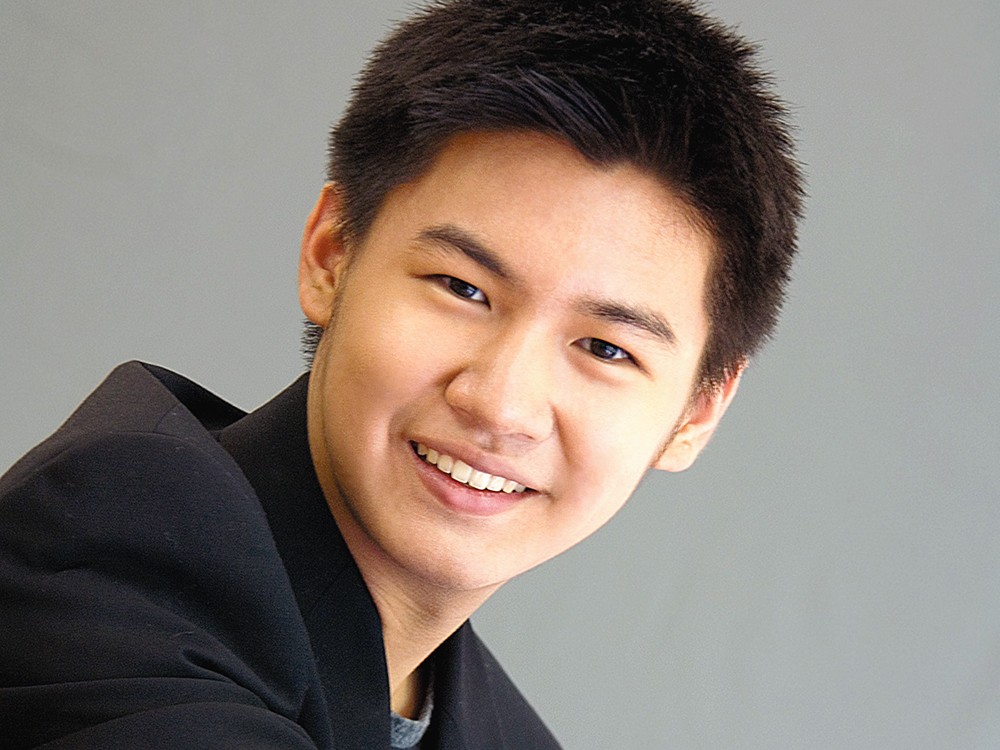 Conrad Tao hosts his own music festival, is a presidential scholar and has played music all around the world.

It seems fitting that Conrad Tao’s first concert performance — at the age of 8 — was Mozart’s “Piano Concerto in A Major.” Mozart was and Tao is a prodigy, gifted beyond their years not only in terms of pure instrumental skill, but also in their ability to realize their larger ambitions within their contemporary musical worlds.

For Mozart, that meant becoming a musician and composer for the nobility in Salzburg and Vienna despite the intricacies of 18th century court politics and pressure from an overbearing father. For Tao, it’s meant founding his own music festival, UNPLAY, as well as garnering the popular and critical plaudits that have made him a sought-after composer and soloist for orchestras around the world.

The 18-year-old, Illinois-born Tao, the son of an engineer and scientist who both immigrated from China, remains disarmingly modest in light of his early success and growing stature in various realms of music. He speaks of his life — his unusual career arc, his acknowledged strengths, his perceived weaknesses — with an honest detachment that normally comes with age, not to mention an articulateness one might expect of someone many years his senior. But his maturity doesn’t mean that this accomplished violinist and pianist has abandoned his youth altogether. He approaches works like Rachmaninoff’s familiar “Piano Concerto No. 2” with the romanticism and ardor that are generally considered the emotional domain of the young.

Those unique aspects of Tao’s playing have frequently been singled out and celebrated by critics. And they also account for the Spokane Symphony’s sigh of relief when Tao was booked at the last minute for a cycle of Beethoven’s piano concertos after Gil Garburg, half of the originally scheduled Silver-Garburg Piano Duo, injured his arm.

“I can’t believe that this opportunity ended up presenting itself in the way it did,” Tao says with reciprocal delight, not least because the concert will be his first ever in the state of Washington. About three weeks ago he was performing these same five works with the Symphony of the Americas in Fort Lauderdale, Florida.

“I went into doing these five Beethoven concerti in Florida ... thinking it was almost a novelty project, because it’s not something you often get to do. And here I am doing them again.”

As with Tao’s previous concert performance of Rachmaninoff’s work, his performance of the Beethoven concertos was praised for its “eloquence” as well as the “precision and intensity” he brought to it. Depending on the critical tack, these very same qualities arise because of — or despite — his age. Tao says there’s some truth to both.

“I wouldn’t necessarily say that my youth brings anything specific to my approach to a piece aside from what my own individual frame of reference might bring,” he says. “You could look at it and say that inevitably these (Beethoven concerti) will be a little bit fresher — because they literally are — but I resist the urge to say that there’s going to be a tangible difference aside from the fact that it’s all still brand-new to me. I suppose what my youth ultimately brings is that I’ve had less time to ruminate on what I’m trying to do with Beethoven, or what I’m trying to find with Beethoven.”

Again, Tao ends up talking about his age.

“For me, this has always been an issue. You can’t have experience without just having experience. I am new to these concerti, and quite honestly, I’m new to doing anything in large sets like this. This is the first time I’ve done any kind of cycle, really. The only thing that is palpably different for me as opposed to someone who’s seasoned is that ... I’ll be approaching it with a virgin mentality,” he says, chuckling at the unintentional double entendre. “But, honestly, listeners are in a much better position to make that judgment.”

And yet recall that Tao was performing Mozart by second grade. His first recital came before he’d even begun to get visits from the Tooth Fairy. “I am almost closing in on a decade of experience,” he says, emphasizing the almost in the same way that a boy might stand on tiptoe to meet the height requirements of a fairground ride. “So we’re getting there — slowly. Necessarily slowly.”

No matter how slowly that experience will come in the future, by this point Tao has enough under his belt to know how he views Beethoven’s five piano concertos. For this performance, he’s opted not to play them chronologically — i.e., in the order 2, 1, 3, 4, 5 — but according to how they “cohere programmatically.” That means nos. 1, 2 and 4 are scheduled for May 11, and nos. 3 and 5 for May 12, which, incidentally, will place him thousands of miles from home on Mother’s Day.

“I know, I know, it’s terrible,” he says, laughing. “But she’s taking it OK, because she’s not going to be home either. We’re planning on celebrating early.”