Inside the Female Mind

What Girls gets right about women, and what it doesn't. 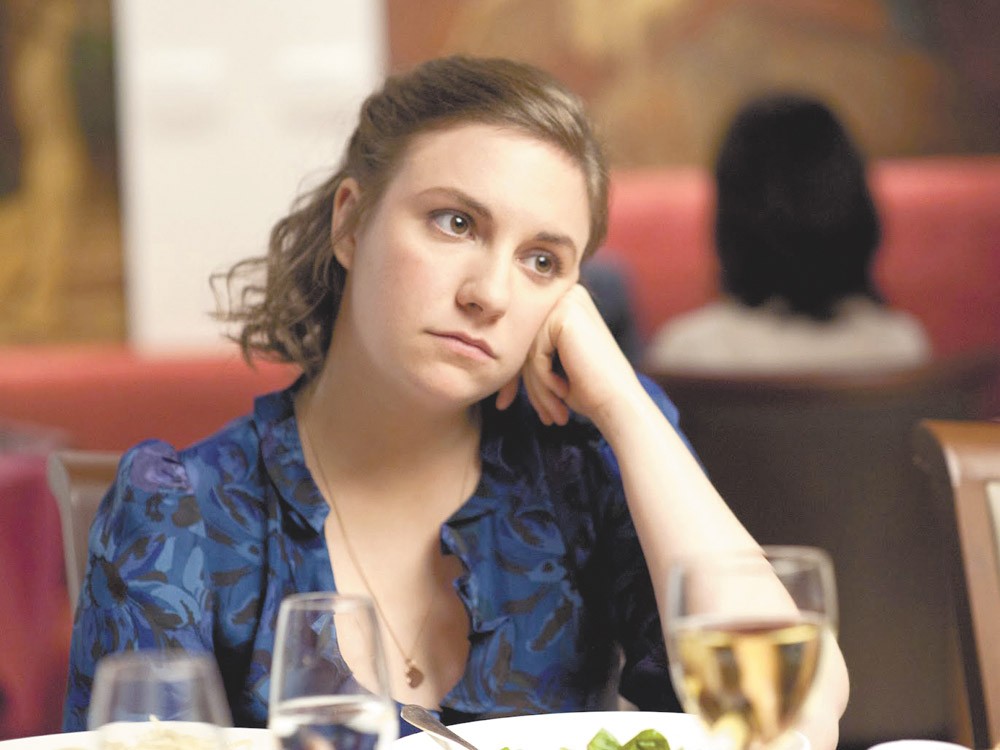 Girls\' Lena Dunham is the Carrie Bradshaw of a new generation.

Capturing the female psyche on film is the artistic equivalent of walking on water. Chicks are complex. But Girls, a new comedy series on HBO (Sundays at 10:30 pm), makes some real strides in that direction. It’s an interesting, funny show about what really happens within the female mind.

But it didn’t start that way. And it might not stay that way.

The series follows Hannah, a fledgling 20-something writer (played by the show’s director, Lena Dunham) who’s all snarling lips and twitchy eyebrows when her parents tell her they’re cutting her off. Hannah shows, from the start, that while she’s intelligent, she’s a little bit stupid, too. She works unpaid internships too long, she sleeps with slimy men, she leaves her journal lying around, and she can’t possibly fathom a life without mommy and daddy’s money.

And when Hannah isn’t having really weird sex with Adam — a perpetually shirtless carpenter/actor — she’s hanging out with her three friends:

One sec: Except for a few clothing labels, isn’t this show exactly like Sex & the City? Hannah’s the lovable idiot writer (Carrie), Marnie’s serious and uptight (Miranda), Jessa is the free spirit (Samantha) and Shoshanna is a wide-eyed grown-up princess (Charlotte). They’re all living in New York City, with sort-of jobs that, in reality, would hardly pay for their apartments. They’re all looking — in one way for another — to be swept off their feet.

At least Girls is a little more realistic in its writing — like the way Hannah reacts when she finds out she has an STD, or the way she rambles when she’s trying to break up with Adam. Its scenes are raw and its characters are more flawed than they are likable. And it finds humor — like at the abortion clinic — where Sex never would have.

Girls could have the popularity of Sex with the indie-hipster generations, but it stumbles in its failure to write a real female character with passion, or a sense of morality. We’re not all sex-crazed clothes-hoarders with whiny diaries, after all.