Trends glimpsed from a local sommelier and venue manager 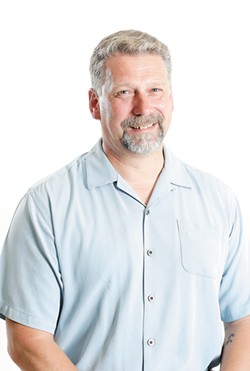 ric Cook has worked at some of the region's most distinguished venues, including the Patsy Clark Mansion, Spokane Country Club, the Davenport Hotel, and Beverly's at the Coeur d'Alene Resort. Since 2014, he's been the general manager and sommelier at Northern Quest Resort and Casino's flagship restaurant, Masselow's Steakhouse. In addition, Cook is an instructor at Spokane Community College's Inland Northwest Culinary Academy. Here are the wine trends he's seeing in the Inland Northwest:

"Wine drinkers these days are much more curious than they have ever been; and much less satisfied with the status quo," says Cook. "A guest is as likely to ask for a classic, established winery's wines as they are to ask for a Lagrein from the foothills of [Italy's] Dolomites, a drier version of Riesling or an alternative to the Chardonnay they know they enjoy." Cook sees this trend continuing as more and different wines become available to consumers.

2. Investment in Education Pays Off

Education and experience matters to both restaurants and retail providers, says Cook: "The biggest change in wine service in the last 20 years has been the realization that investing in wine knowledge generates sales." Questions range from a wine's provenance to what it pairs best with, says Cook, who notes happily that sommeliers are more prevalent in contemporary culture.

Although there haven't been significant changes in wine production, says Cook, Pacific Northwest wines have improved in quantity and quality, helping drive wine tourism. "Washington, Oregon and Idaho winegrowers have collectively harvested almost 50 percent more grapes in 2016 than they did in 2010," says Cook. "Innovation and quality have been kept high by the large number of small wineries cultivating differences in wine style, and the audience of drinkers who enjoy them."