Insured and Behind Bars

To reduce recidivism and improve public safety, Washington is enrolling inmates in Medicaid 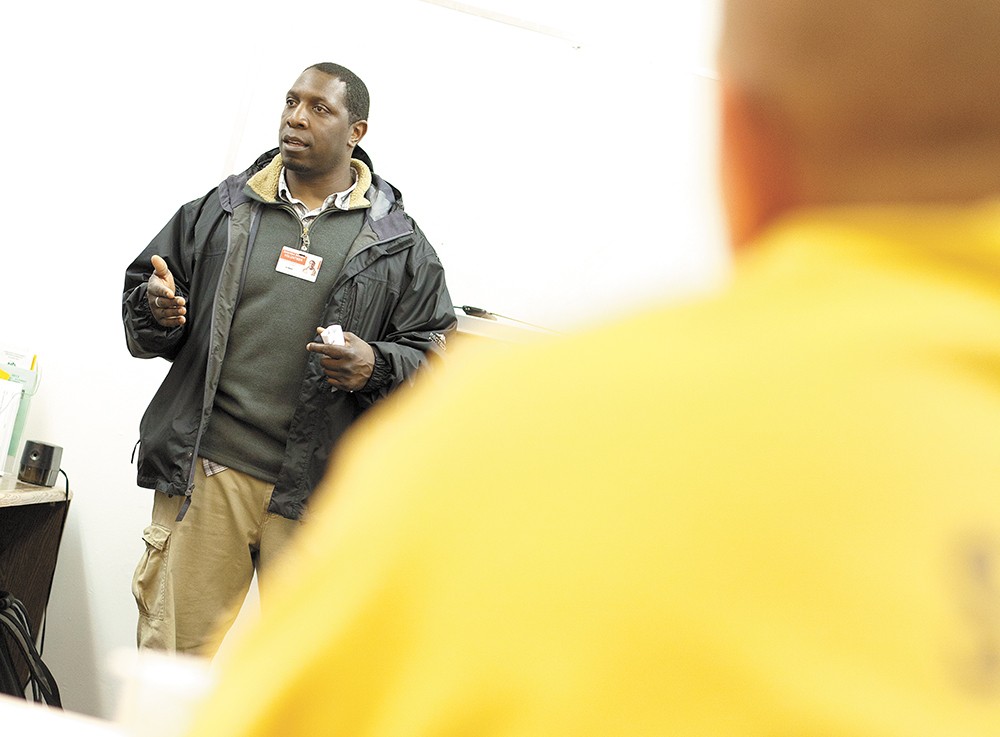 Every week, Robert Martin spreads the gospel of the Affordable Care Act to Spokane's poorest, sickest and most expensive residents: inmates at local jails.

On a drizzly Thursday morning inside a classroom at the Geiger Corrections Center, Martin evangelizes before a rapt audience of five men and two women in bright yellow Spokane County jail uniforms. Since the end of November, Martin, an in-person assister at Community-Minded Enterprises, has been dividing his time between the Spokane County Jail and Geiger every week to meet with inmates a month before their release dates. He estimates he's enrolled more than 150 of them in Medicaid.

Imagine, he says, palms outstretched, having health insurance as soon as you walk out of the iron gates. 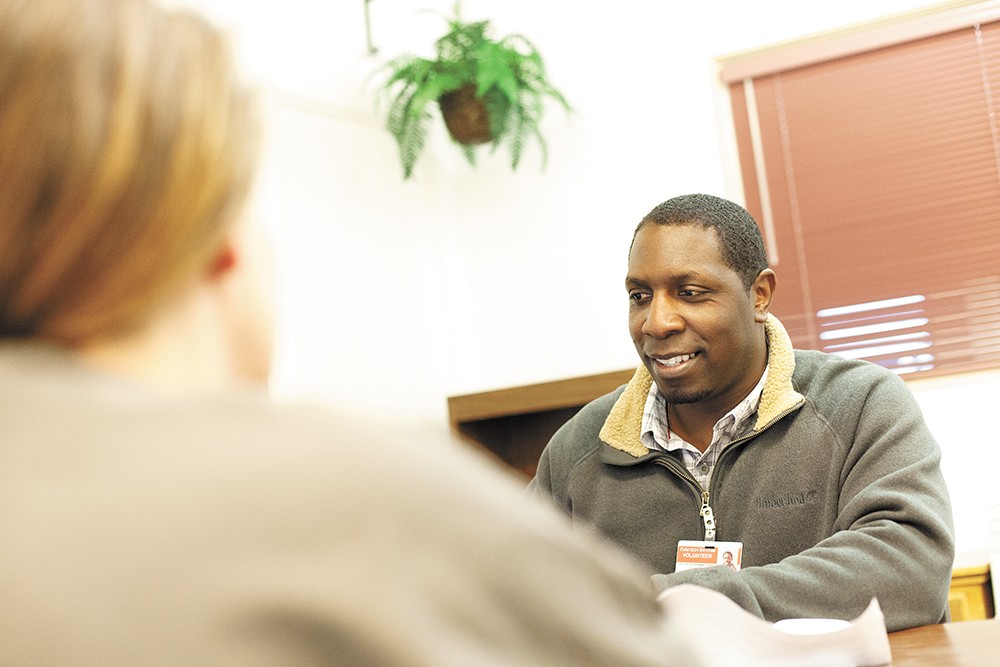 "Do you know what a relief that feels like when you're trying to move forward?" Martin asks. "Whether it's mental health or substance abuse treatment, whatever it is, it's one less thing for you to worry about it. That's the whole point of this program."

In states that have expanded Medicaid eligibility — which had long excluded single and childless adults — anyone, including prisoners, whose income falls at or below 138 percent of the federal poverty line can qualify for free or low-cost health insurance.

Although Medicaid won't cover inmates while they're incarcerated, with the exception of extended hospital stays, many states, including Washington, are taking advantage of the potential cost savings and public safety benefits by pre-enrolling them ahead of their release. The state Department of Corrections recently agreed with the state Health Care Authority to begin pre-enrolling prisoners in Medicaid. Jails in Clallam, Skagit, Stevens and Clark counties also have asked HCA to join Thurston and Spokane counties and start signing inmates up for insurance.

"They want them to get help they need to get care," says David Cloud, a program associate at the Vera Institute of Justice. "Half the reason they're ending up in their custody is that that care hasn't been available to them in their community."

People in jails and prisons are disproportionately sicker than the general population, Cloud says, with higher rates of chronic and infectious disease and behavioral health disorders. Because the ACA requires insurers to provide the same level of benefits for mental as well as physical health conditions, for the first time many will be able to continue receiving treatment for their mental illness, addiction or disease long after their release.

They'll also be less likely to re-offend: A 2009 Washington state study found that poor adults who received chemical dependency treatment were rearrested at rates 17 to 33 percent lower than those who needed treatment, but didn't get it. That reduction in crime translated to $5,000 to $10,000 in public savings per person treated.

"It's the trickle-down effect," says Kristina Ray, the mental health manager at Spokane County Jail. "They'll be able to get a job, maintain housing and improve their quality of life. ... If they didn't have health insurance, they wouldn't be able to get all of that."

Back at Geiger, Penny Penton, a slight, silver-haired mental health and chemical dependency counselor, shuffles out of her office in the education building. She hands Martin a small stack of insurance applications from exiting inmates.

"This has been a godsend to us," she says softly. Penton, a case manager for North East Washington Treatment Alternatives, runs re-entry services at Geiger.

Penton rattles off a list of common afflictions her offenders face: One in two have psychiatric problems. The majority are homeless. Many are addicted to alcohol, opiates or methamphetamine. A lot have liver disease, like hepatitis C. They have untreated cuts, bruises and breaks. When she does her intake assessments, she's not surprised that most of them rarely, if ever, access medical care.

"I've had people tell me they've had broken bones that they've never gotten treated because they couldn't afford a doctor," Penton says. "Most of them need a good checkup, and they haven't had one in years."

As far as Penton is concerned, substance abuse treatment is key in keeping these offenders from returning to jail. Geiger inmate Mindy Ohmann, 34, booked for vehicular assault, plans to continue taking alcohol treatment courses for another month after her release date, for the sake of her children. She met with Martin two weeks ago to enroll in Medicaid. She's set to be released on May 4.