J.J. Abrams makes a better Star Trek this time around 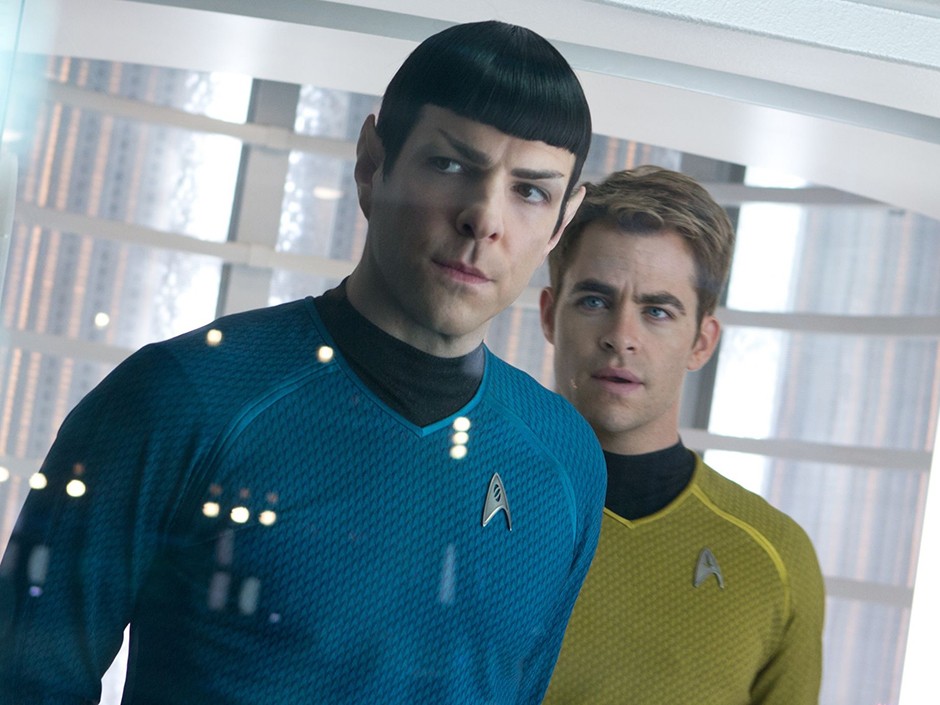 There’s no escaping the grim, foreboding title. In this sequel to J.J. Abrams’ good-but-not-quite-great reboot of the universe’s best known sci-fi saga, lots of bad stuff happens. There are terrorists who cause major devastation. There are life-and-death situations. There are Klingons, just itching to do what they like best: go to war. Things get worse before they get better.

But for some viewers, this without-a-doubt great film is going to be an absolute joyride. The writing has been ratcheted up a few notches; though Kirk and Spock remain, as they should, at the film’s center, the rest of the crew has been given more to do; and most important, Into Darkness is a valentine to Star Trek fans, especially those who have been into it since the original TV show. Spread generously throughout the film are little shout-outs to us. A couple of times the script just walks up and says “hello” to hard-core fans of the show, and to a lesser degree the first films. Newcomers won’t realize what’s going on, while certain references will make those in the know smile wide.

But whether you’re a geek-level fan or just a casual moviegoer, the less you know about the film in advance, the more you’ll enjoy it. With that in mind, here are the very few pieces of it that it’s OK to be in on.

It takes place in 2259. No, that’s not a stardate, it’s the year. Some of it happens in San Francisco, some in London, some in space, the final frontier. Spock is and always will be a stick-to-the-rules guy. Kirk is a freewheeling leader who does what needs to be done. Someone utters the words “acting Captain Sulu.”

Actually, there’s so much going on in this movie, I’m going to let loose with four lines of dialogue, totally out of context.

“What are you doing with that Tribble?” (I told you there were references.)

Star Trek Into Darkness starts the way great action movies should start, with a lot of action. Kirk and Bones are literally on the run, Spock is busy putting his life on the line (and wearing the coolest copper-colored spacesuit). Interplanetary rules are broken, souls are bared, fast banter is volleyed, and attitudes are very much on display, as are relationships. The romantic one between Spock and Uhura has become serious; swinging single Kirk is revealed to have a thing for alien females — yes, that’s plural (and you can tell they’re aliens because they have tails!).

Even back in its early TV days, Star Trek was famous for making its stories the most important piece of the puzzle. This one’s no exception, and Into Darkness’ main story really kicks into gear with the introduction of the villainous John Harrison (deep-voiced Benedict Cumberbatch, British TV’s current Sherlock Holmes). Initially we don’t know much about this guy except that he’s responsible for what would generally be termed a terrorist attack on a major city, and that he is, according to the folks in Starfleet, “one of our own.”

There are spectacular visuals to match the wild action, and moments of quiet, serious talk that nicely complement perfect segments of comic relief. Best of all, the writers have learned an important lesson from 2009’s Star Trek. This time they’ve made sure to stay away from anything resembling the time-space continuum business of that film that had even some of the most die-hard fans wondering what the heck was going on.