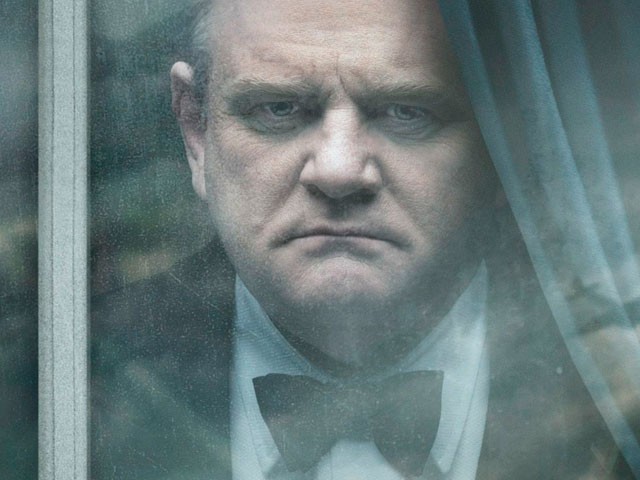 Magnificently beastly and robust Winston Churchill soaks in a tub full of suds and water as Franklin Delano Roosevelt sits in his wheelchair by the door and discusses Pearl Harbor.

As HBO’s sequel to the unsurpassable The Gathering Storm, which starred Albert Finney in a commanding performance as Britain’s famous Prime Minister, Into the Storm stars Brendan Gleeson in a more realistic and slightly less dramatic portrayal of Churchill.

This film dramatizes Churchill’s reign during the tumultuous firestorm that was England during World War II. It also covers the lesser-known way the United Kingdom dropped Churchill in favor of the Labor Party, shortly after winning the war. A tad ungrateful, some would say.

We all learned from the first movie that Churchill always comes back. And he did in the 1950s, when his legend grew and word spread about how he refused surrender even in the face of sure defeat against Hitler.

We all know how Roosevelt refused entry into the war until the attack on Pearl Harbor. What we may not know (and learn from this film) is how Churchill successfully led a nation as daily air raids killed thousands of his people. The Nazi machine loomed closer to England’s borders for more than a year before America finally came to Britain’s aid.

Jack Shepherd plays a surprisingly ballsy Neville Chamberlain, who urges Gleeson’s Churchill to surrender. Churchill, however, refuses and an angry Chamberlain walks out of a Parliament meeting after the brilliant prime minister convinces his council that England will never lay down and surrender. Correctly, Churchill says that a nation that falls will rise up again: “Never yield to the apparently overwhelming might of the enemy.”

This well-executed sequel looks deep inside the psyche that won the second great war and the ferocious animal that fought back the Germans while the Blitzkrieg toppled nations.

More emotional than the first look at Churchill, Into the Storm uncovers the man and the great leader in the face of his own defeat when his own people forsook him. Gleeson’s Churchill — almost as strong as Finney’s — reveals the strong and the tender sides of this historic legend.