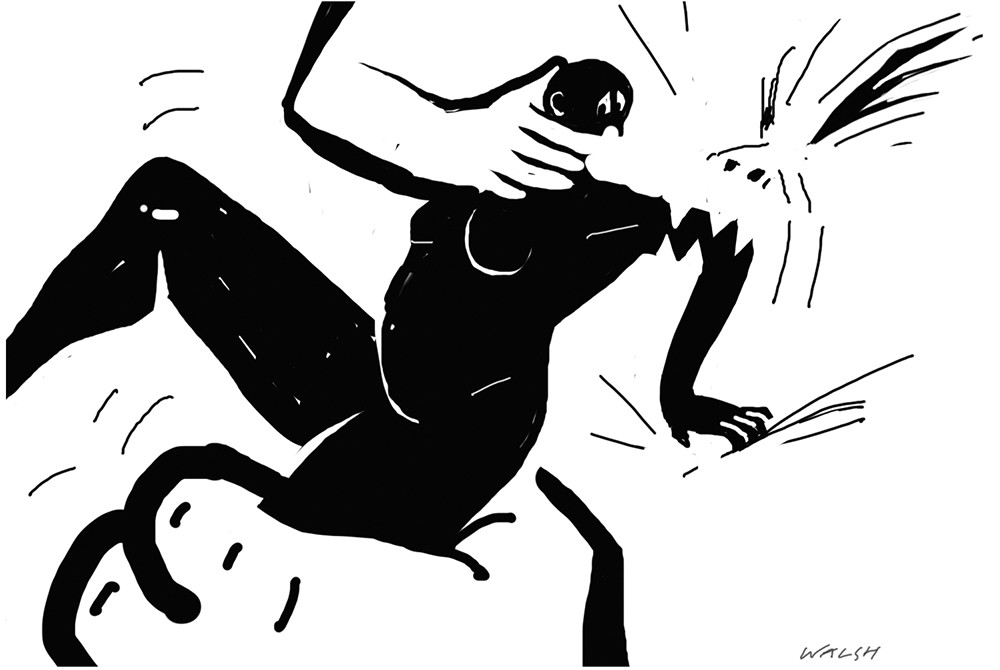 former Oklahoma City police officer Daniel Holtzclaw was convicted of 18 counts of sexual misconduct that ranged from sexual assault to sexual battery, including four counts of first-degree rape. Holtzclaw originally had faced 36 felony charges involving 13 black women, whose ages ranged from 17 to 57. What is even more disturbing about this gross abuse of police authority is the lack of national attention it has received. Each victim's testimony showed Holtzclaw's sadistic serial pattern of using his badge to prey on vulnerable black women.
click to enlarge

Holtzclaw intentionally chose black women who he assumed nobody would believe. He was a serial rapist who meticulously chose his victims on the basis of race, and his ability to use their circumstances to coerce them into sexual acts against their will. The majority of the victims shared similar backgrounds of systemic poverty, substance abuse and encounters with the law. The very reasons he preyed on these black women mirrored the appalling arguments of the defense, which centered on shameful character assassinations of the victims. The tragic but all-too-familiar elements of the trial perpetuated the same abuses that can be seen repeatedly in rape culture, police brutality and the historical mistreatment of black women.

So why then, at a moment when the issues of police brutality against the black community and sexual assault are being addressed nationally like never before, would a case about a white officer sexually assaulting black women not receive more attention?

In 1989, Kimberlé Crenshaw, professor of law at UCLA and Columbia University, coined the term "intersectionality." The theory, which centers on the process in which black women are simultaneously marginalized by both feminist and anti-racist frameworks, highlights black women's unique experience dealing with both sexism and racism. Black women encounter the unfortunate disadvantage of not being able to have their experiences of discrimination validated, due to the narrow definitions of sexism and racism. Historically, the two have been associated around the very limiting experiences of white women and black men, respectively. The same can be said about the current national discussions around sexual assault and police brutality against African Americans.

The erasure of black women from these national discussions highlights much of what is being seen regarding the lack of attention to the Holtzclaw trial. The inability of social movements to make their work intersectional cripples their ability to dismantle systems of oppression. When frameworks of social justice do not center their agendas on those who are the most marginalized in society, they will inevitably fall into the same pattern of silencing those who are the most invisible. Consequently, they continue to marginalize the most vulnerable even further. ♦

Jackie Vaughn, a community organizer, previously hosted Voice of the People on KYRS, where she discussed issues of structural racism and systemic oppression. Mariah McKay's column will return next month.