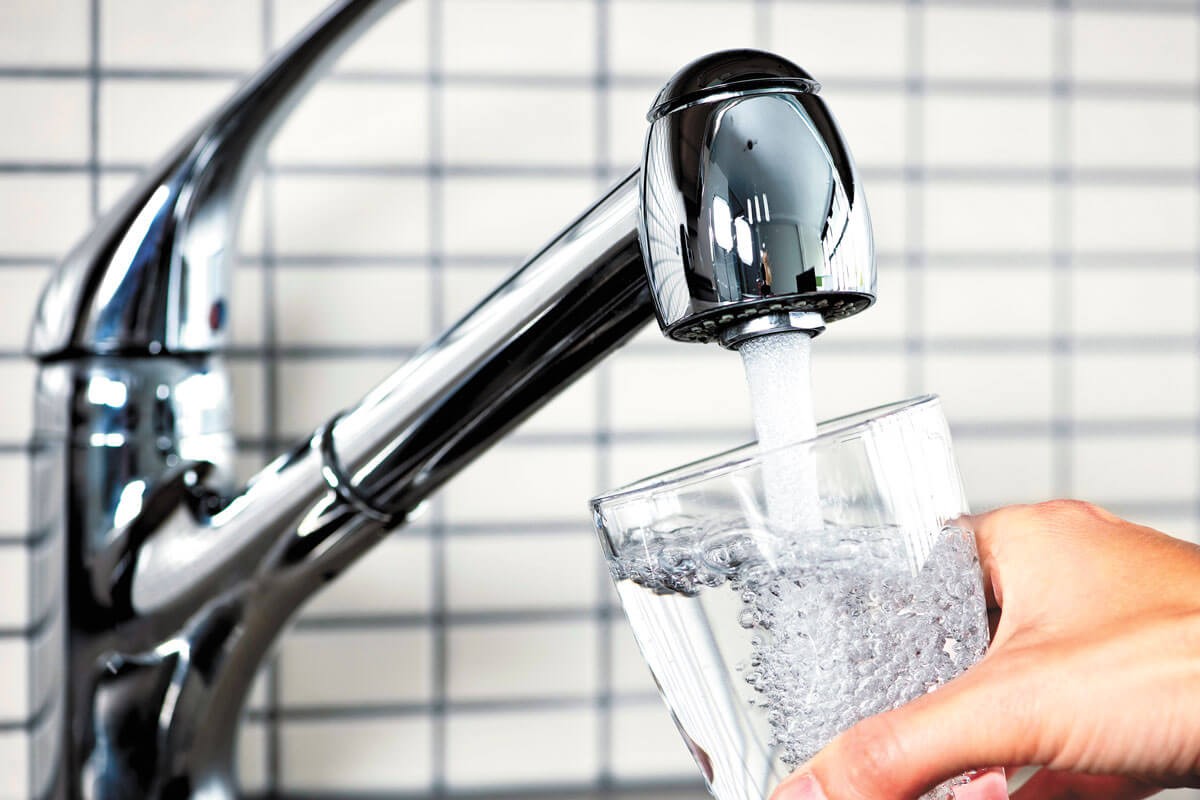 Last year, when Councilman Breean Beggs was running for Spokane City Council president, he touted a philosophy of consensus: He wasn't trying to impose his policy perspective on the city, he said. He was seeking common ground. Even on some of the issues he was most passionate about, he told the Inlander, if he couldn't find support from around 60 percent of the voting public, he suggested, he wouldn't pursue it.

The example he cited? Fluoridation.

"All the data I have about children and poverty and their teeth rotting out, and how it lowers their life span by 10 to 20 years — poor children, people of color, disabled children — I know that fluoride in the water would do more for that than anything, and cheaply," Beggs said.

But he just didn't believe there was enough public support. On three separate occasions — in 1969, 1984 and narrowly in 2000 — voters rejected adding tooth-strengthening fluoride to Spokane's drinking water. And so as agonizing as it was to see "kids with their teeth capped at age 10, going 'oh my gosh' in pain from toothaches," he hadn't pursued water fluoridation.

A lot has changed since October.

"A few weeks ago, the whole public health community came to us and said 'We've got to do this," Beggs says.

At the end of this month, the Spokane City Council — skipping the ballot measure process — may vote to triple the amount of fluoride in Spokane's water supply.

FLUORIDE AND THE FEVER
Start with this: Spokane has terrible teeth.

"Our children, overall, have worse oral health than across the state," says Torney Smith, former administrator of the Spokane Regional Health District. "Twenty percent of third graders have experienced 'rapid decay,' which means cavities in seven or more teeth. Now, that leads to poor educational outcomes. You don't study or participate well in class when you have a toothache."

The consequences cascade as people age: It's harder to get a job with bad teeth, he says. Low-income households are less likely to have good oral health, perpetuating a cycle of poverty. And tooth decay hits minority communities harder.

"We have more people who are Black and Brown, and Native Americans, have worse oral health outcomes than the White population in our community," Smith says. "Significantly."

About five years ago, Beggs says, Smile Spokane, a local organization promoting oral health, came to him about fluoridating Spokane's water. Come back, he told them, once they'd corralled the dental, medical and nonprofit communities behind a strong proposal. Today, they have.

The WSU Spokane medical school supports the effort. So does MultiCare, the hospital system that runs Deaconess and Valley Hospitals. It's got the support of both former City Council President Ben Stuckart — who's been lobbying for the issue behind the scenes — and former Mayor David Condon. The Empire Health Foundation has chipped in $200,000 to the $3 million already pledged by donors to help defray the $4 million capital cost to fluoridate Spokane's water system.

By January, Smile Spokane was planning on potentially putting a measure on the ballot.

Then the coronavirus struck. Public health officials had their hands full persuading people to wear masks, socially distance, stay home despite the economic and psychological cost.

Instead of abandoning their goals, Smile Spokane changed tactics, ditching the ballot and asking the city council to pass an ordinance to immediately make fluoridation city policy.

In the middle of a pandemic, why is the coalition choosing now to sell the public on a controversial public health measure? It's not despite the pandemic, they say. It's because of the pandemic. Statistically, the virus tends to have more impact on low-income people and minorities, just like oral health.

"Dentists closed down for five or six weeks, and now are reopening. The last folks they want to take in are the Medicaid patients — they want to take full-paying patients," Smith says. "So we create more disparity."

In the mind of fluoride advocates like Beggs, the coronavirus not only spotlighted this inequity — it justified direct council action.

"It's a little bit like with COVID: We're not going to put this up to a public vote when it's a health issue," Beggs says. "It's going to be driven by science."

DODGING THE BALLOT
Another reason Beggs feels bolder about pursuing fluoridation now: There really might be a slim majority in favor of fluoridation this time.

According to Desautel Hege, a marketing firm hired by Smile Spokane, a local poll in May asked voters whether they would support a city measure to fluoridate Spokane's water to "reduce dental disease and promote oral health." Around 53 percent said they would approve a measure, while only 34 percent opposed it.

But the full survey question came sweetened with arguments in favor of fluoridation — noting, for example, that "independent research proves community water systems with fluoridation safely reduces cavities and promotes oral health for both children and adults" without noting any of the anti-fluoridation rhetoric that might drag down support.

"I think in the past, the population didn't really fully understand what fluoridation was all about," says Jim Sledge, a local dentist. "Some of the anti-fluoride folks were doing a very good job instilling doubt and fear."

Anti-fluoride campaigns draw in both conspiracy-minded John Birchers on the far right and the anti-toxic-chemical crusaders on the far left. Famously left-wing Portland remains the largest city in the United States that doesn't fluoridate.

Even when there was nothing on the ballot, local anti-fluoride activists kept up their message: A billboard on Sprague Avenue in Spokane was proclaiming that "Fluoridation is Public Health Quackery!" in 2010 and in 2014.

Sure enough, as news about the latest Spokane effort trickled out, an international anti-fluoride group called the Fluoride Action Network uploaded a post to Facebook accusing the fluoride activists of lying to council members and the council of being "poised to work on behalf of the dental, chemical, and insurance lobbies." They directed supporters to "Safe Water Spokane," a local Facebook page that rallies the public to "HELP KEEP SPOKANE WATER FREE OF FLUORIDATION CHEMICALS."

A ballot measure is never a sure thing. That's one reason dentists like Sledge are comfortable leaving it to the council.

"The council can take a look at it at great depth and look at the science, and make those decisions a lot more clearly than having an average person wade through the misinformation that's out there," Sledge says.

UNCERTAINTIES
The City Council isn't necessarily a sure thing, either. Beggs says he believes four or five council members support the fluoridation proposal. It takes five to pass an emergency ordinance the mayor — who opposed fluoridation in last year's campaign and is still assessing the newest proposal — wouldn't be able to veto.

And so you have council members like Lori Kinnear, who's supportive of fluoridation in general, saying she struggles "mightily" with bypassing voters.

"There's a part of me that says that this absolutely should go on the ballot," Kinnear says. "I'm not comfortable imposing my will on the population with something like this."

For her to support it, Kinnear says she wants to make sure it doesn't result in any increased utility rates, and that there's a spot people can go if they don't want fluoridated water and fill up water jugs for free.

To Michael Cathcart — the council's most conservative member — that option isn't good enough. He argues it's unfair to force anyone who wants unfluoridated water to fill it up themselves. There would have to be a more efficient way to deliver water for him to support it. He's skeptical about the cost and frustrated with the process. In the era of videochat council meetings, he says "there really is very little public participation these days."

"I'm like, why aren't we inviting all of these experts around the world to come and talk about this?" Cathcart says. "Let's have all sides. Let's have these discussions and debate."

While the vast scientific consensus supports fluoridation, there are legitimate studies out there that cause him concern.

One recent Canadian study, for example, suggested there was a correlation — though not necessarily a direct causation — between fluoride levels in mothers and lower IQ rates in their boys. Still, the study itself has been questioned and criticized by other scientists. And even Angeles Martinez-Mier, one of the study's authors, put out a statement that she was "happy to go on the record to say" that she continued to "support water fluoridation," and even if she were pregnant, she'd still drink fluoridated water.

Fluoride proponents can counter with a wave of direct evidence, like what happened when Canadian city Calgary ditched fluoridation in 2011: Tooth decay soared almost immediately, with cavities more than doubling.

So while Cathcart laments the "serious rush to cram it through as quickly as possible," Beggs says there's a cost to waiting any longer.

"My own sense of it is, well, we have an opportunity to change a lot of people's lives," he says. "Should we wait? In my opinion, it's worth taking a vote." ♦

The original print version of this article was headlined "Suddenly, Fluoride"