It Ain't Over Yet 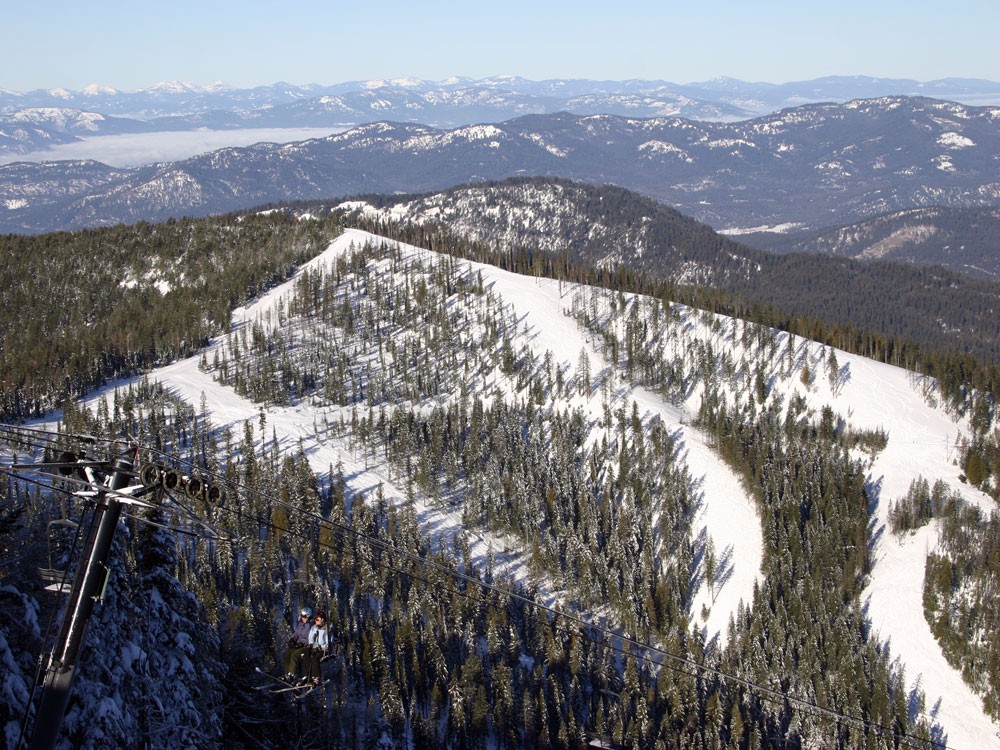 The season recap sounds the same regardless of which mountain you talk to. Most operators report good turnout over the holiday periods although, as in years past, they had hoped for better attendance during non-holiday weekends and during mid-week. The dry and bare roads in the valleys and warmer temperatures certainly led some to forget that it’s winter in the higher elevation and that the skiing has been excellent. According to Sean Briggs, Schweitzer’s marketing coordinator, “We have eight to nine inches higher snow pack than last year at this time. We haven’t received more snow than last season, but the snow that we have received has stayed with us longer.”

Schweitzer has been king in the region, with some national recognition by Unofficial Networks in early January for having one of the deepest snow packs in the country, and with the title for the resort with the most acreage open in the country.

At Lookout Pass, marketing director Bill Jennings touts the great conditions on their slopes and their proximity to the cold and dry continental air. “Due to our location, we receive high-quality snow, and the conditions hold up well here,” he says. “Coverage has been excellent since opening in November.”

All mountains are excited about their upcoming season- pass price announcements and encourage those who don’t have season passes this year to keep their eyes out for the announcements later this month. Passes typically go on sale sometime in March and allow pass holders to use them for the rest of the season. Each mountain has a slightly different program, so check out their websites for all of the details. This usually bodes well for those who like to ski powder.

Eric Bakken, mountain manager at 49 Degrees North, agrees that conditions have been good, adding, “The season has been great so far, but winter is not over yet. If spring plays out like last year, we should have a great late February and March.”

“We had great early-season conditions with an early- December opening,” reports Brad McQuarrie, general manager at Mt. Spokane, “but the lack of precipitation in December was challenging, with below-average [attendance] due to negative public perception. It’s turned around with a strong January, and the last couple of weekends. Conditions are favorable for a strong spring.”

The forecast for the remainder of the season looks promising, and nothing says spring at the local mountains like powder days and spectacular events. (See “Winter Events” on page 10.) All of the area resorts host events every weekend until the end of the season.

At Silver Mountain, there are Silver Saturdays — as long as people are skiing and there is snow on the slopes, they’ll stay open on Saturdays.

Come the warmer weather, the mountains will change gears. Lookout Pass will open the Hiawatha Trail as soon as snowmelt allows. Schweitzer Mountain Resort and Silver Mountain will operate this summer, as they have in the past, hosting music festivals, chairlift rides and trails for mountain biking and hiking. And at 49 Degrees North, they’ll be working on Angel Peak.

“The day after operations close for the winter season, work begins on terminal placement for the new chair that will access Angel Peak,” Bakken says.

A total of 19 towers will be erected, giving the new lift a 1,100-people-per-hour capacity with a vertical rise of 1,150 feet and a ride time of nine minutes. The Angel Peak terrain keeps with the tradition of tree skiing at 49 and is scheduled to be ready for winter 2012-13 with load testing scheduled for the end of September.

Expansion is also on the immediate horizon for Mt. Spokane. They have been working through the initial steps and permit processes to open what McQuarrie calls, “the sixth pod of skiing on the backside.” Once the permitting process is completed (scheduled for sometime this spring), construction will immediately commence on clearing the new runs. Mt. Spokane is also going through the chairlift buying process and hopes to have a new chairlift installed during the summer of 2013.

Wow! What a year it’s been so far. Winter is still far from over, with a little under two months of the season to go. This is the best time of year for Inland Northwest ski resorts, with late-season storms traditionally bringing lots of powder, a full event schedule and legs that can handle a full day on the slopes and a couple of hours dancing at après ski. As I write this, I am in the 60-day range for the number of days I’ve skied so far this season. Ski adventures have taken me all over the Northwest, and while the pavement is dry down low, the skiing is superb up high.

The Last Run Overheard in the lift line

Of course, I have learned, in my quest to ski 100 days, that it isn’t as glamorous as one might think. Days of wearing base layers and socks multiple days in a row, broken equipment, fatigued legs, sore back and lack of sleep are all part of it.

But in the end, laughing with friends, challenging myself on a daily basis, breathing in fresh mountain air and taking in some of the most beautiful scenery in the world makes it all worth it.

This is the last issue of Snowlander for this season. I’m already looking forward to next October’s issue! I hope you enjoyed it as much as I did. Since we all know there is a lot more season left, please take the time to “Like” our Facebook fan page (www.facebook.com/SnowlanderNW) to keep informed about upcoming events, giveaways and contests. We’re emptying out our schwag bag, so you might win something cool — lift tickets, goggles, T-shirts.

Thanks for reading, and see you on the slopes!