It’s (Not) About Time 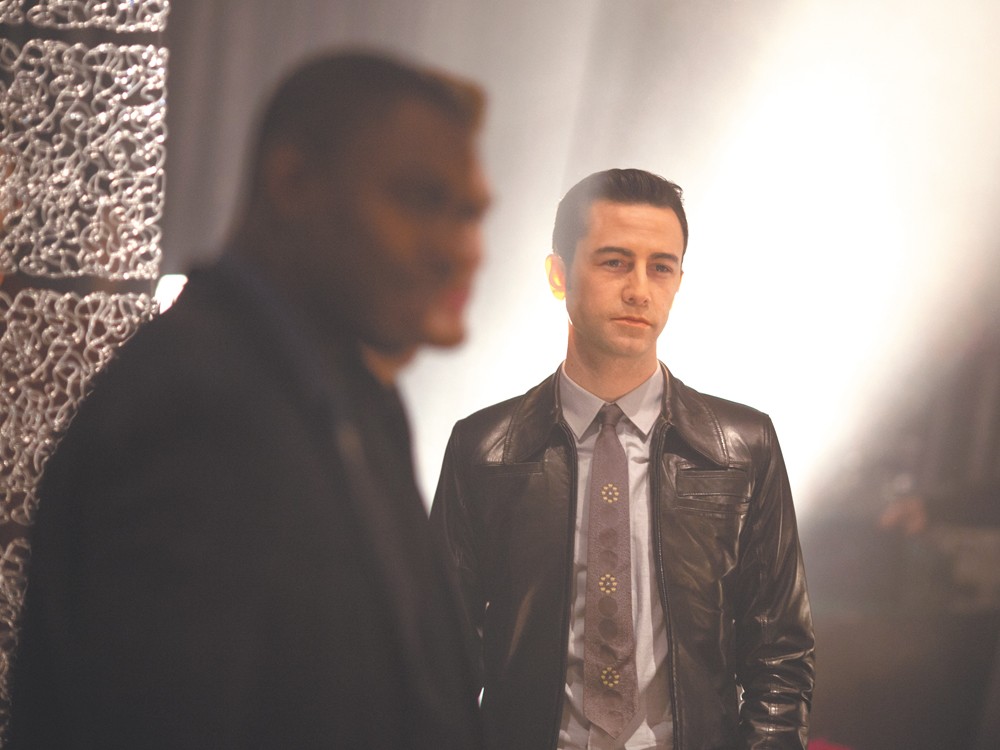 In the future, everyone looks a little like Bruce Willis.

Pay attention to Rian Johnson, because he’s trying to tell his audience how to watch his deliriously effective science-fiction thriller Looper. He does it when Joe (Joseph Gordon-Levitt) — a hired killer in the year 2044 whose job it is to slay people sent from 30 years in the future, when time travel is possible — talks to his crime lord boss, Abe (Jeff Daniels). He does it when Joe meets his future self (Bruce Willis). In each case, the conversation begins to drift toward the mechanics and contradictions of time travel, only to have that topic shut down.

“It doesn’t matter,” protests Willis’s Joe 2074 — and if you’re not willing to understand that basic truth, you’re in the wrong place.

Viewers are often too anxious to pull out the plot scalpel when dealing with films about time travel, ready to peel away every layer in search of the thing that doesn’t click. But the most compelling time travel films aren’t about the mechanics; they’re stories like Terry Gilliam’s 12 Monkeys and Shane Carruth’s Primer, which use time travel as a tool to reveal something even more compelling about the way people approach the concept of changing their fate. That’s the territory Johnson is exploring in Looper — and he comes tantalizingly close to a nearly perfect case study in how to do it.

That’s not to say he doesn’t have some fun with the weird possibilities of causality. The entire concept that gives the film its name finds the assassins understanding that one of the hooded figures they’ll blow away will eventually be their own future self (“closing the loop”). When one of Joe’s colleagues (Paul Dano) lets his own future self get away, Abe and his boys wind up taking care of the problem through a rather ingenious — and gruesome — means of altering that future self. And when Joe 2074 is yanked into the past to be offed by his own younger self, he too manages to escape — and comes up with his own plan to change the world he comes from.

The tug of war between the personalities of the two Joes is at the center of Looper — and if there’s anywhere that Johnson seems to fall short, it’s giving us enough of a context for the person Joe becomes and the relationship that he believes saves his life. Johnson snaps through a montage of 30 years in Joe’s life with an impressive efficiency that conveys the key moments in his transformation, and in a way Joe’s blurry perception of his life story might be part of why he’s willing to take such terrible steps to preserve what he cares about. It’s still hard to feel as connected to Joe 2074’s goals as it is to those of Joe 2044.

And a lot more time is spent with Gordon-Levitt, an actor of ever-growing talents whose performance is not all about the prosthetics and facial twitches that allow him to more closely resemble a younger Bruce Willis. Unlike many films set in the future, the details of the era play only a cursory, background role; we see a highly addictive drug taken in the form of eye drops, and a cityscape where streets are dotted with encampments of the homeless. But Looper is only social commentary to the extent that it’s about when and if we ever decide to shift our focus away from ourselves toward something we’re willing to make sacrifices for — and Johnson manages to tell that story while still making use of sharply-constructed action sequences and even more-sharply-constructed dialogue.

So spend time if you must on whether any particular convoluted plot point stands up to intense scrutiny. That’s how you’ll miss the way fantastical conceits can reveal remarkable ideas about changing the world by changing ourselves.