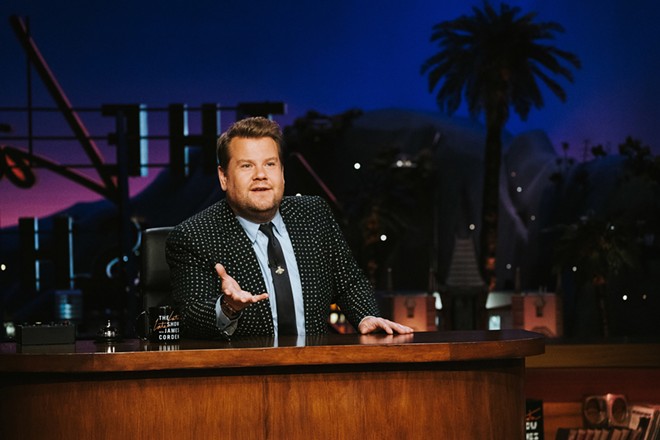 Who will replace James Cordon?

There's an argument to be made that nothing has been more comedically influential the last 40 years than the night owl talk show time slot. Late Night with David Letterman and Late Night with Conan O'Brien both tore up the comedy rule book with a constant stream of irreverent, absurdist humor for decades. It's not coincidental that seemingly most modern comedians cite at least one of them as a major influence — the people who were those shows' target audiences were the comedy nerd weirdos with little better to do than stay up till the wee hours, faces illuminated by the glowing TV screens.

But talk shows have shifted dramatically since Dave and Conan's heydays. TiVo made appointment viewing less essential, and then streaming made it virtually anachronistic. Going viral on YouTube with a late night comedy bit or interview now seems valued above all else in an era of Carpool Karaoke and Jimmy Fallon's dumb games with celebrities. Podcasts have shown how much more interesting long-form interviews are compared to most in-and-out celebrity chats crammed between commercial breaks.

With that in mind, it's time to think outside the late night box. Thankfully, CBS has that chance, after it was announced that James Cordon would leave The Late Late Show in 2023.

While there will be a host of funny people thrown out to fill the opening — be it ones with their own shows (Trevor Noah, Amber Ruffin) or general comedic talents (Amy Sedaris, Mindy Kaling) — retreading the same fading formula seems like a losing, or at least diminishing, proposition.

Here's my pitch: Break up the time slot into five separate lower-budget talk shows, each responsible for only one night per week. As we've seen with shows like Last Week Tonight, focusing on one episode per week can lead to a much higher quality than the grind of something like the modern The Daily Show.

And don't try for mass appeal with each, go niche. In an era of fragmented pop culture, finding a devoted audience can have more value than weak engagement with a broader base. So target audiences that haven't gotten network representation.

In perhaps the easiest move on the board, have Desus & Mero (already in the CBS family on Showtime) bring their free-wheeling sensibilities to network TV once a week. If you're really looking for that pre-made viral content above all else, why not give Sean Evans' online chicken wing-devouring talk show Hot Ones a network slot to quite literally spice things up?

But even those would be relatively standard time fillers. Here's a question: Since pop culture is largely driven by teen culture, why not have a teen-centric talk show? If you could find the 2022 equivalent of Tavi Gevinson when she was a teen phenom starting Rookie, that could be an ideal space to cover things that older-focused talk shows ignore.

One comedy format that's never had great late night representation? Improv. It's risky in its hit-or-miss nature, but having a Comedy Bang Bang-style show that mixes celebrity interviews and improv insanity would be a breath of fresh air.

There are so many possibilities: A standup-centric night, a music-focused show (essential in the era when MTV ignores music), a video games/nerd culture program. So much ground hasn't been covered!

In all likelihood, CBS will probably just fill the slot with another run-of-the-mill talk show with an uninspired host. And if they do, it might be the final death knell in the late night talk show format.

Get creative. Get varied. Get the weird back in late night TV. ♦