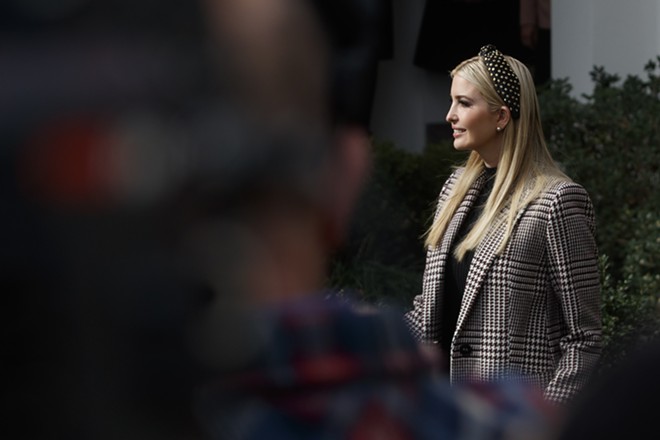 WASHINGTON — The president’s daughter and White House adviser, Ivanka Trump, said her use of a personal email account for government business was not the same as Hillary Clinton’s using a private email server, which the president and his supporters had long argued was illegal.

“There really is no equivalency,” Ivanka Trump told ABC News in an interview that aired Wednesday in a defense that echoed what her father said earlier this month. She was asked if she should be locked up in prison as her father and his supporters chant about Clinton. “No,” Trump replied.

A recent White House review found that Trump used a personal email account multiple times in 2017 to conduct government business, a disclosure that immediately energizedDemocrats still angry over the 2016 presidential election, when Clinton lost to Donald Trump. One of the dominant issues of that campaign was the investigation into Clinton’s use of a private server while she was secretary of state.

Ivanka Trump said all of her emails from her private account were archived at the White House.

“There’s no intent to circumvent,” she said, drawing a distinction from Clinton’s situation. She said it was not unusual for people to use private email accounts for personal reasons, such as coordinating with family, even as her father and husband work in the White House. She also said she had not deleted any of her personal emails.

While secretary of state, Clinton stored classified information on a private server and used her private account for government work. When her practice was discovered, she made public her work-related emails and deleted some 30,000 personal messages.

The FBI conducted an investigation into Clinton’s use of a private server and did not recommend charges, a move the president capitalized on during the 2016 campaign and his time in the White House.