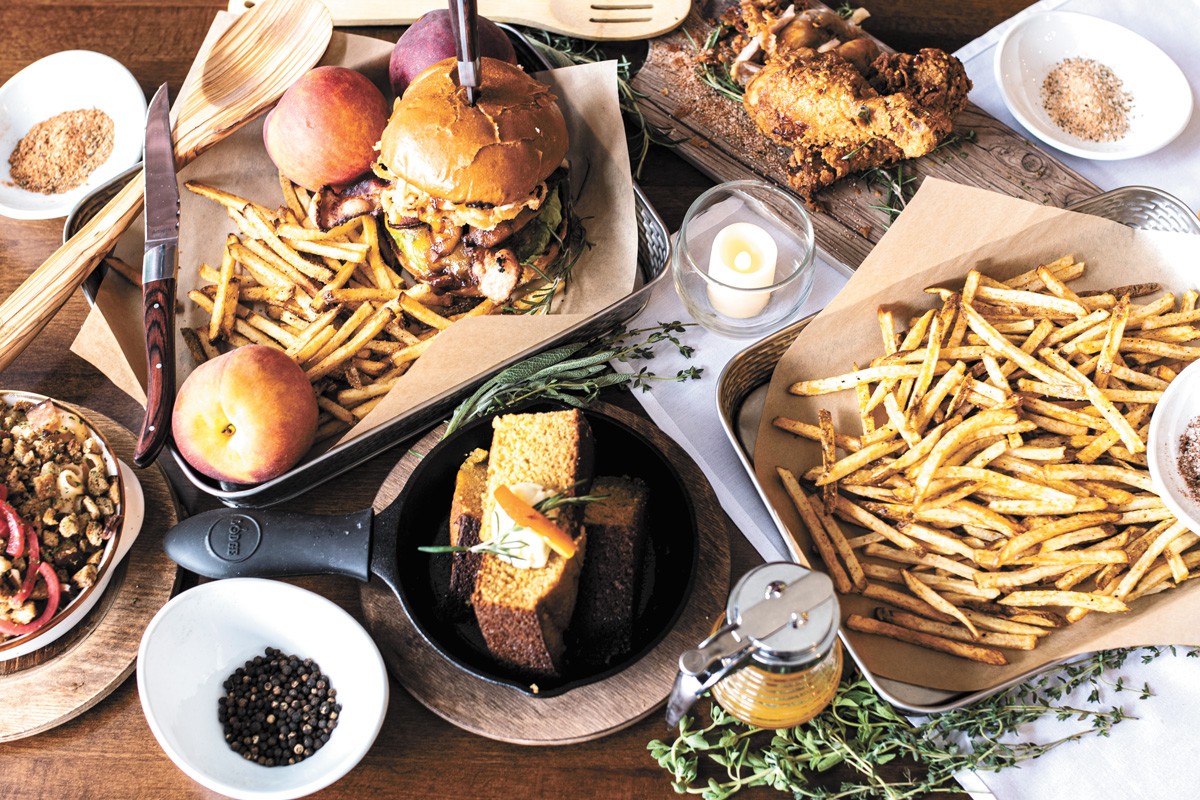 You get the sense that Reannan Keene and her husband Jason are looking to nourish more than bellies at Izzy's Comfort Kitchen, a new Coeur d'Alene eatery with a Southern-inspired menu and homey décor. While working and raising their three children, "front porch" dates were important, says Reannan Keene, and it's that sense of informal hospitality they hoped to create with Izzy's.

"I really wanted people to feel like [they're] coming to our home for a nice meal and great beer/wine and leave feeling better than when they arrived," says Keene, who, like her husband, has spent decades in the restaurant industry.

Reannan spent 20 years in the fast-casual food service industry, working her way up from a server to upper management, where she found her niche in human resources, sales and marketing. Jason has nearly that many years in the biz, developing expertise in management, training and leadership.

The couple poured their experience into Izzy's, which was also partly born out of a parent's worst sense of loss.

Nine years ago, the couple lost their daughter — they would have called her Isabella — during delivery, says Keene. After Izzy's death, Keene clung to cooking as a means of therapy and also became a certified lifestyle design coach during that time.

"Now, we get to come to Izzy's every day and honor her space in our family," she says.

Families are welcome at Izzy's, which has been home to a series of restaurants, including Kelly's Irish Pub and most recently Ten/6, which is moving its pairing of Alice in Wonderland décor and New Orleans-style food to a yet-to-open location.

Izzy's is refreshingly open, yet welcoming with walls painted a calming shade of deep blue and contrasting buttercup yellow. Rustic lighting, mirrored window frames, white accents and other décor give it a farmhouse-meets-shabby-chic feel.

The menu features comfort food like a peach bourbon barbecue burger ($15) and "Mama's" pot roast ($17) with gravy Keene makes for her own family. It brings her great joy to share family favorites with diners.

Other recipes are inspired by Keene's upbringing in North Carolina and Virginia, including the cornbread ($6), blackened shrimp and polenta grits ($19) and classic fried chicken ($22).

"I take great time and care through the sweet tea brine, the seasoning and the execution to get it just like when I was a young girl," says Keene, who learned to cook at an early age and eventually discovered that she couldn't tolerate wheat nor dairy. Thus, many of the recipes at Izzy's are gluten-free or can be made so upon request. ♦