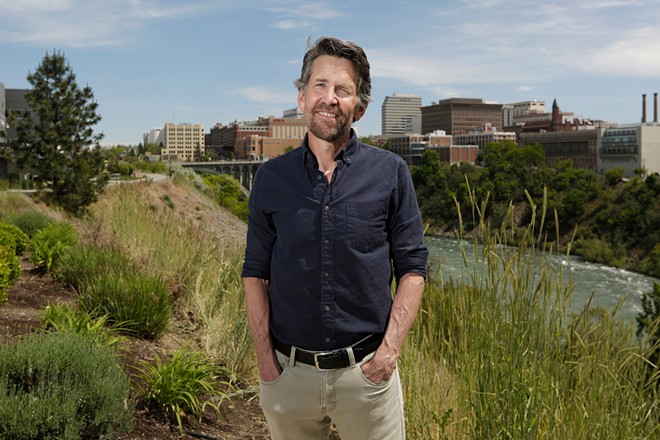 Even the most ardent of Jess Walter fans (and there are plenty here in his hometown of Spokane) would have to admit the man isn't exactly prolific when it comes to book releases even though he's almost always working on something.

That wasn't always the case — he released five novels in the '00s, including the Edgar Allan Poe Award-winning Citizen Vince (2005) and the National Book Award finalist The Zero (2006). But he's "only" released two novels and a short-story collection since 2009.

The arrival of Walter's new The Angel of Rome and Other Short Stories, available June 28, feels like a bonus as it comes to readers just two years after his excellent Spokane-set historical novel The Cold Millions. The 12 stories in the book have appeared previously (and not necessarily in the same exact form) in mainstream publications like Esquire and Harper's Magazine, as well as literary journals like Ploughshares and Mississippi Review. As readers familiar with Walter's work might expect, the stories are full of humor and heart, whether delving into a one-night stand between a thespian and ski-town townie ("Famous Actor"), the uneasy relationship between an aging man and the kids on his street ("To The Corner"), a son coming to grips with his father's dementia ("Town & Country") or the epic Italian romance-laced character clash in "The Angel of Rome."

While one can easily jump in at any place and enjoy a story or two, taken collectively they do start to show a theme, Walter says. Much like his previous short-story collection, 2013's We Live In Water, the stories in Angel showcase some of his thinking of the time period they were written, in this case roughly 2012-2021.

"With Water, there were just so many stories that were about poverty and the people we look past, the people we don't see. And that's what the collection became about," Walter says, chatting in his Spokane office. "This one, it was such a difficult few years for me. For everybody. Politically, culturally. And I kept writing short stories to find some kind of hope.

"So, I think [Angel] is just more hopeful. There's still dark situations. I think the key I write in is still humor. There's still humorous stories. But I think I was looking for kind of these human connections that felt hopeful in the face of all that. And that's maybe where even the idea of the "Angel of Rome," that title story, came from, was this idea of finding hope in the connections we make with other people." 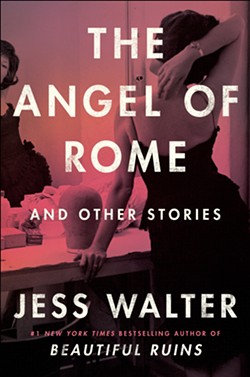 A s Walter looks at his short stories — the 12 in Angel were picked from around 40 in contention to be in the book — he sees more than the characters on the page. He sees himself at whatever point in time he was writing them.

"It's surprising to look back and see how many of the things you were dealing with work their way in the stories," he says. "Parenthood, children, political sorrow and anxiety over climate change. Everything kind of works its way in there. With the first collection there are autobiographical notes throughout. But the real autobiography aspect [in Angel] is kind of in tracking my feelings during that time."

It's been 10 years since Walter's New York Times bestseller Beautiful Ruins was published, taking an already successful career as an author to an entirely new realm. While Walter doesn't necessarily view that book too differently than his others in the arc of his life, he does allow that the outsize commercial success was "the first time I kind of took a breath, and took a few years to go on a longer victory lap, toured a lot more, sort of enjoyed the success instead of beating myself up for not being good enough or not being successful enough or whatever."

In the title essay of The Angel of Rome and Other Stories — which he collaborated on with Edoardo Ballerini, the actor who performed the Beautiful Ruins audiobook — readers get a companion piece of sorts to the sprawling 2012 novel. It's not a direct sequel, but it certainly feels of the same world.

The delight for readers with a collection like Angel is you get to inhabit several of the worlds that have poured from Walter's pen all in one go. And for the author, the delight comes in taking, say, a prompt from a publication or a friend and "giving the mind this great task that, you know, you can finish!"

Walter has said in the past that "writing a novel is like a relationship, and writing a short story is like a great date." Now, he adds, that penning short stories is also like dating "because so many of them don't work out."

When they do work out, as they do with the stories collected in Angel, it's a thrill for readers, even those who don't consider themselves short-story fans. And it's still a thrill for Walter when he gets a short story published. The fact that can happen more quickly than completing his next full-length novel makes writing short stories a must for his writerly well-being.

"It might take me three years to finish my next novel, that's a long time between meals," Walter says. "It really is nourishing and satisfying.

"Like a lot of writers, my first seven or 10 or 12 years as a fiction writer were spent sending out what I used to call 'manila boomerangs' — sending out short stories and having them rejected. I didn't have an agent. I didn't know any editors. I'm just sending out stories from Spokane, Washington, and they're just getting bounced back to me so hard. I still have a big file of my annual New Yorker rejections, my Esquire rejections, all my Harper's and Atlantic Monthly and Paris Review rejections. So it's really cool when they started taking. It's the greatest feeling." ♦

[CORRECTION: This story has been updated to correct the description of actor Edoardo Ballerini]