Can Mayor Condon’s administration live up to his campaign promises? 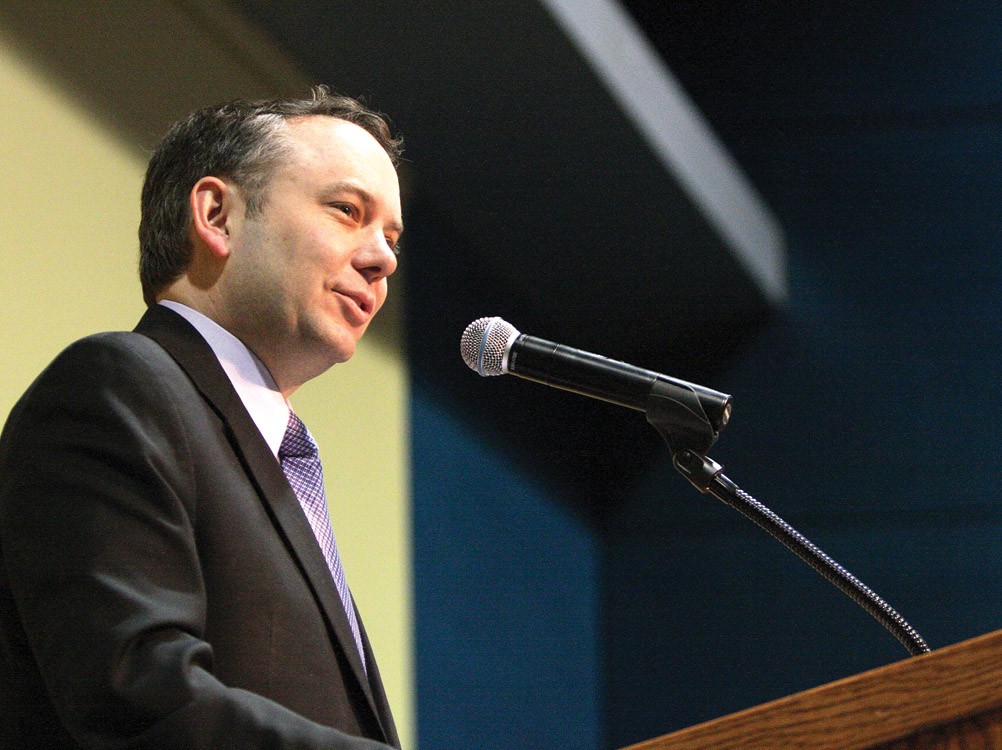 A Spokane full of new businesses and employed people, flush with cash to pay off their credit cards and indulge in shopping trips and home equity.

How does that work? Mayor David Condon has stated that his priority for the city is growing and retaining jobs. And his transition-team presentation last week highlighted the city’s new commitment to making life easier on businesses in the hopes of creating jobs and revenue.

But can a city really create jobs? And did Condon’s economicgrowth transition team come up with any bold ideas?

“I think right now it’s going to be very hard to come up with any major proposal that will increase employment or economic activity in the short run,” says Grant Forsyth, a professor of economics at Eastern Washington University who also serves on the mayor’s Council on Economic Policy and Forecasting, a group that meets occasionally with Spokane mayors.

The reason being that economic malaise — the deflating housing bubble, the European debt crisis, Congress’s inability to do, well, anything — falls far outside the scope of local city boosters.

“It’s going to be hard to come up with any grand, New Deal-style plan for any city in the country,” Forsyth says.

The economic-growth team’s suggestions include simplifying business permitting, including appointing a business “ombudsman” who can help new businesses navigate the process; creating shovel-ready sites for new businesses; and mapping out a long-term growth strategy.

Mayor Condon says he supports simplifying the permitting process as well as establishing a business ombudsman. Condon also says he has not ruled out increasing funding for Greater Spokane Incorporated or expanding the powers of the city’s economic development director.

Councilman Jon Snyder says he was surprised at the team’s finding that the city doesn’t have any kind of a comprehensive economic-development strategy. But he points to several large-scale projects that the city has been involved with, from Kendall Yards to the incoming medical school in the University District.

“That’s a very solid economic-development strategy,” Snyder says. “Some of the folks on the transition team … may not be completely aware of that.”

Michael Senske, leader of the Condon administration’s economic-growth transition team, says those are vital projects, but the city still needs a plan.

“When another mayor takes the helm of the city, it would be nice to have some continuity,” Senske says.

Many points in the team’s presentation reference vague concepts: utilizing “best practices,” “create a culture of economic development.” Others pose philosophical questions, like “Who’s going to be primarily responsible for economic development?” But Senske says that the transition team reports were just a sliver of the information his team provided to the Condon administration. The team passed on examples of actions taken from Oklahoma City and Akron, Ohio, among others, he says.

The public also submitted a flurry of ideas on Condon’s transition website that were often specific and sometimes took an even broader view of what economic development could mean.

The economic development team mentioned none of those ideas in its presentation, though it did suggest the city clean up its “gateways.” (Bike lanes were referenced by the transition team dealing with infrastructure.)

Former council member and sometimes-critic Steve Eugster says these basic services should be Spokane’s priorities in the first place.

“I’m concerned a bit about this emphasis on economic development,” Eugster says. “I don’t know how that translates as far as what a city can do . . . other than being sure that the primary service functions can be fulfilled.

Senske dismisses such criticism by saying that streamlining the permitting process for small businesses can have an immediate job-creating effect.

“If you’ve got an insurance agency and then an attorney’s office wants to move in, there should be no review,” Apple says.

“Retail is retail, office is office. We’re wasting a lot of money on potential businesses for review that shouldn’t be under review.”

While he says it’s never a bad idea for a city to take stock of its current policies and assets, Forsyth, the economics professor, says the city’s best bet at developing growth in the long run is ultimately to focus on the city’s streets, sewers and other basic services.

Says Forsyth: “Keeping up the city’s basic infrastructure, that has a lot to do with how well businesses can function in the city.”