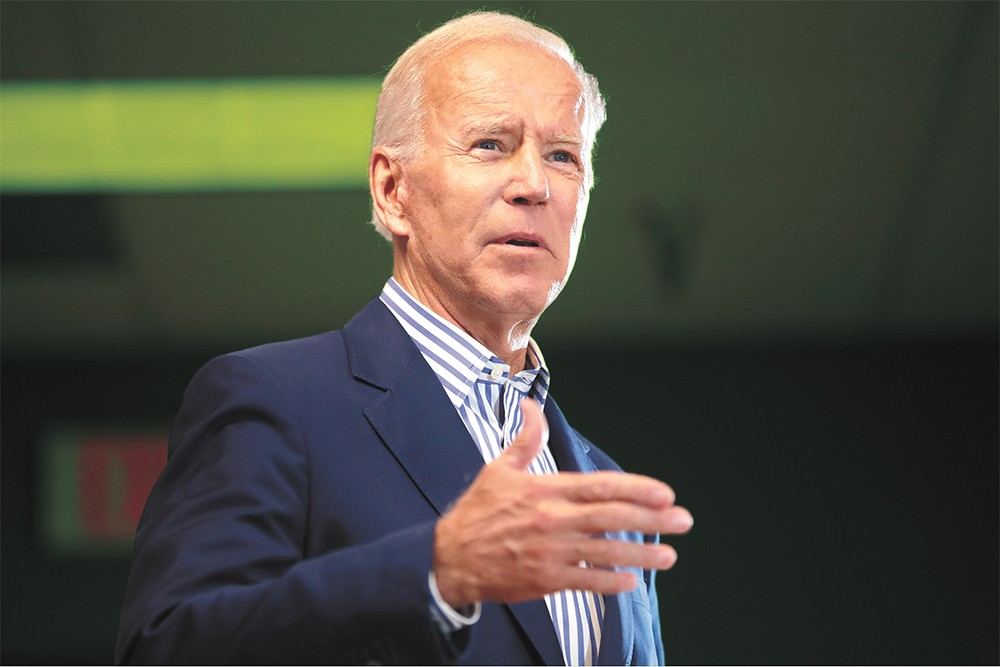 Once upon a time, when seemingly every Democrat in the country was running for president, there was a lot of optimism within the party when it came to progressive cannabis policy. Now that Joe Biden is the last man standing, that optimism has faded significantly.

In a May 22 interview with Charlamagne tha God on the nationally syndicated radio show, The Breakfast Club, Biden outlined some of his views on marijuana. Which, apparently, are at least in part shaped by Biden knowing "a lot of weed smokers."

"No one should be going to jail for drug crime. Period," Biden said. "Particularly marijuana, which makes no sense for people to go to jail."

That alone sounds right in line with what the rest of the former Democratic field of candidates was saying, albeit less flashy and extreme than Pete Buttigieg's promise to fly Air Force One directly to the home district of any congressperson who opposed legalization efforts.

But then Biden continued to explain his views, which place him not in the legalization camp, but firmly in the decriminalization camp.

"You shouldn't go to prison," Biden said. "You should go to a mandatory rehabilitation."

Biden wants to expunge convictions and keep cannabis users out of jail, which is a step forward. But in supporting mandatory rehabilitation, Biden clearly doesn't view cannabis use as something acceptable. And that's out of step with his own party.

According to Politico, which compiled the views on marijuana policy for 27 Democratic presidential candidates, 21 of Biden's former opponents were in favor of federal legalization. Of the six who weren't, the only notable candidate along with Biden in favor of decriminalization was Mike Bloomberg.

He's in the minority in his party, but also nationally as well. The latest Gallup poll, from October 2019, showed that two-thirds of Americans are in favor of legalizing marijuana — though it should be noted that the poll did not offer a distinction between legalization and decriminalization.

So, why is Biden holding firm in his beliefs? Science.

"Because they're trying to find out whether or not there is any impact on the use of marijuana," Biden said. "Not in leading you to other drugs, but does it affect long-term development of the brain? And we should wait until the studies are done. I think science matters."

It might not be as much as what Democrats had hoped for, but at least he believes in science. ♦