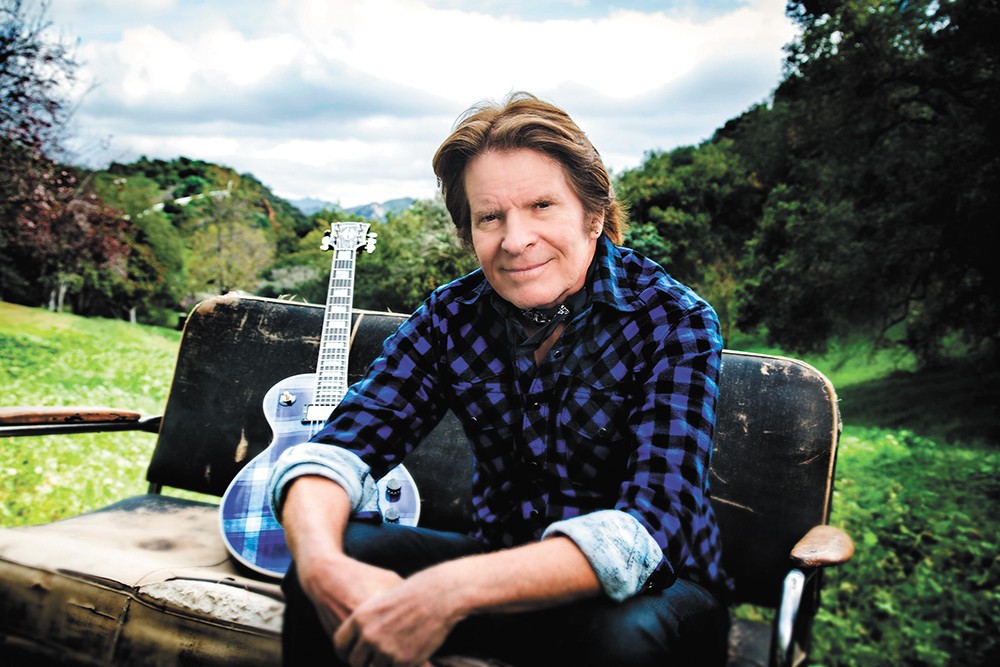 It's one of the great party conversation starters amongst music nerds: What band is America's equivalent to the Beatles?

There's a serious argument to be made in favor of Creedence Clearwater Revival, the Bay Area quartet that successfully threw blues, country-rock and zydeco influences into a riff-heavy cauldron. Like the Fab Four, CCR cranked out hit after hit in a short amount of time (in their case, only five years), and most of their material instantly entered the rock canon.

As CCR's primary songwriter and frontman John Fogerty makes his way to Northern Quest Resort & Casino on Tuesday, we're looking back at our favorite material from him and his groundbreaking band. (NATHAN WEINBENDER)

"Born on the Bayou"

There are a lot of contenders, but when I think of the ultimate Creedence Clearwater Revival song, this one rises to the top. John Fogerty's passionate vocals about a father telling his son "don't let the man get you, do what he done to me," the evocative soundscape of chiming guitars and a killer rhythm section doing work, the Southern obsession despite being from Northern California — it all comes together on this track from CCR's sophomore album, the first of three (!) released in 1969. (DAN NAILEN)

Of that trio of CCR's 1969 LPs, my favorite is Green River, a flawless half-hour of gritty backwoods rock without an ounce of fat on it. Like so many of the band's records, its tracklist reads almost like a greatest hits compilation, featuring undisputed classics like "Lodi," "Wrote a Song for Everyone" and "Bad Moon Rising," which might be their signature track (with apologies to "Fortunate Son"). But it's the title song, which kicks off the album on a twangy guitar lick, that is the most insistent on the record. You can hardly understand a word Fogerty is saying, but it doesn't matter. It's one of the great all-time album openers. (NW)

My first introduction to Creedence Clearwater Revival came through an old TV commercial selling their greatest hits via mail or phone. It didn't take. My second came through punk pioneers who loved CCR — Mike Watt (the Minutemen) claimed he only wore flannel because John Fogerty did, and his band covered "Have You Ever Seen the Rain?" And Circle Jerks did a fiery version of "Fortunate Son" in 1987. Sold! The stamp of approval from my childhood musical heroes led me to delve into the lyrics on this one skewering false patriotism and the idle rich taking advantage of the working class. The message remains timeless. (DN)

Fogerty penned two major precipitation-themed inquiries during CCR's final years — "Who'll Stop the Rain" and "Have You Ever Seen the Rain?" — melodic, mid-tempo Top 10 singles exploring the cultural turbulence of their era. They're both perfect pop songs, but which is the more perfect? Maybe an unfair question, but having listened to both multiple times back-to-back, I'll give the slight edge to "Who'll Stop the Rain": It's an unusually reflective and sonically woozy elegy from the band, with golden harmonies that cut through the downpour like a sunbeam. (NW)

"I Heard It Through the Grapevine"

I'm not generally a fan of covers, particularly when the song being covered is an absolute classic. But in the case of CCR's rollicking, 11-minute take on the Motown masterpiece "I Heard It Through the Grapevine," it's an unexpectedly ideal marriage of artist and material. CCR transforms an R&B jewel, made famous by both Marvin Gaye and Gladys Knight, into a high-energy barroom jam, with Stu Cook's bassline chugging along and Fogerty's throat-shredding vocals cutting through the fuzz. It's their longest recorded track, but it flies by. (NW)

"The Old Man Down the Road"

John Fogerty took a decade-long pause from the music biz to fight various legal battles with his record company, and his return as a solo act on 1985's Centerfield album coincided with the rise of MTV when I was an adolescent. This tune was his first video and instantly recalled the Creedence sound with its swampy setting and Fogerty's distinct Southern-tinged drawl. Some would say the song is a rip-off of Creedence's "Run Through the Jungle," to which I say, "Yeah, so? Great song!" Most importantly, this tune marked a rebirth for Fogerty performing and recording. (DN) ♦

Northern Quest Resort & Casino revamped its outdoor stage since the end of last summer, and the results are impressive. A new seated grandstand rises dramatically skyward opposite the stage, and there's really not a bad seat in the place. Bathrooms, concessions and band merchandise are all underneath the new seats, essentially in the same areas where they were before, but now on pavement instead of grass.

The new configuration added about 1,000 new seats to Northern Quest's summer layout. And while that will no doubt help them draw ever-bigger names to the region, be forewarned: You'll want to get there early if you need to pick up your tickets at will call, because there's 1,000 more people doing the same at the shows this summer. (DN)