The Observatory sent its staff to Kentucky to learn about whiskey, and they lived to tell about it

Tyson Sicilia photo
The Observatory team is ready to share their newfound knowledge of whiskey with customers.

was more a trial than a treat. And even when there's genuine camaraderie among work peers, spending an inordinate amount of time together can push a friendly vibe into a testy one.

That was one of few things that gave Tyson Sicilia, co-owner of the Observatory bar (15 S. Howard), pause when he and his business partners decided to take their staff to Kentucky for a week-long crash course in all things whiskey.

"I had a few trepidations about going to Kentucky," Sicilia recalls in a recent conversation after the group returned to Spokane a couple of weeks ago. "One was that I thought it was going to be super redneck-y and I was going to hate it, and it turned out it was super-progressive and the people were awesome. And the other was, 'Okay, we're all going to be living together and I hope we don't all hate each other at the end.' And it was exactly the opposite of that, too. Everyone was cool with each other the whole time."

The trip in early September had been planned from the very beginning of the Observatory two years ago, when Sicilia and his partners Esa Lariviere, Isaac Lariviere and Alicia Purvis-Lariviere decided to buy construction materials and liquor for the bar with credit cards that would accrue airline miles they could later use for the journey to the South. Sicilia always pictured the Observatory as a "whiskey-heavy" bar — indeed, they sell more of their well whiskey, Old Forester, than any other establishment in the state — but he figured a little education could help the staff refine their own palates and pass their new knowledge on to customers.

With that in mind, a few of the owners and five staffers flew to Kentucky and holed up in a Louisville Airbnb. By day, the group would pile into a van and drive an hour or more to visit distilleries making Woodford Reserve, Buffalo Trace or Willett, or places like the Bourbon Heritage Center.

"Some were kind of bubblegum, Disneyland tours," Sicilia says, "and some were really great, and in-depth." By night, they'd roam down the street to a dive bar with live music and a selection of the spirits they'd learned about.

Scottie Feider, one of the Observatory bartenders on the trip, said the experience opened his mind on how to drink whiskey, sipping it slow and "acknowledging the notes of the whiskey." Learning about how the different barrels used for the aging process can affect whiskey's flavor, he says, "kind of blew me away."

"It definitely gave me more of an appreciation [for whiskey]," Feider says. "And more passion for it, too."

His co-worker Kelly Fay Vaughn says she could tell her palate was becoming increasingly refined over the course of the week, as she sipped and learned about the ingredients and processes used to make bourbon and whiskey.

"It was really cool to see all the natural aspects in bourbon," Vaughn says. "You have different wood, chars, all that. The more places we visited and seeing all the stills different places had, that definitely changes your taste buds as you go."

Sicilia was right there with them, learning at the distilleries when he wasn't rousting everyone at the house to get ready for the day's journey. He and his co-owners appreciate the bonding experience the staff had, as well as the knowledge they gained in Kentucky.

"Before, I just knew what I liked," Sicilia says. "Now I can actually speak more intelligently about whiskey, which is great. I think everybody can." ♦

Speaking of The Observatory 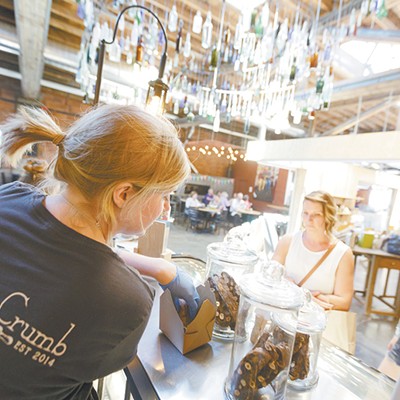 They're baaaaack: the Observatory reopens Aug. 17 with a show featuring Indian Goat and more 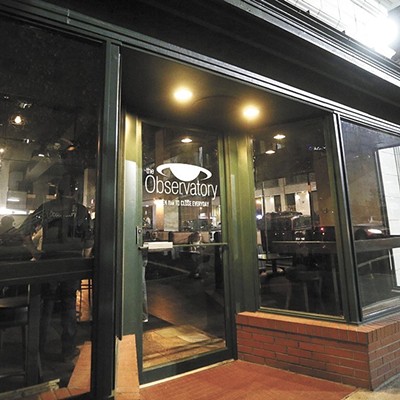