What you see isn't really what you get with Fences. 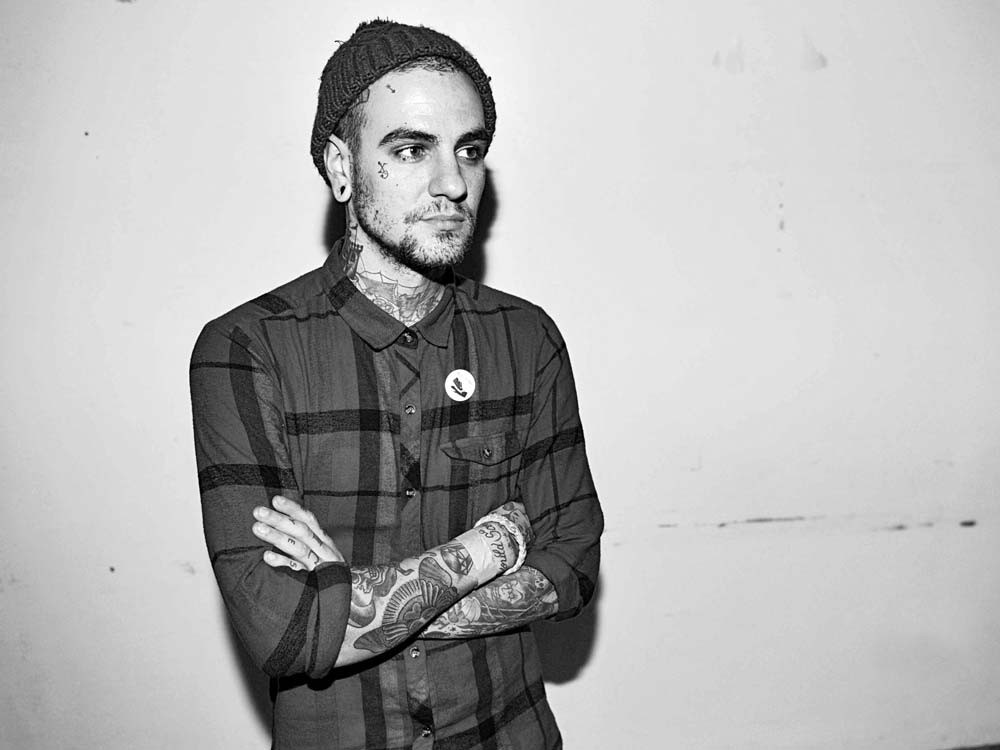 If you brought Fences’ Christopher Mansfield home to mom, she might have a minor freak-out. Between the face and neck tattoos and the dangling gauged earlobes, he’s hardly the ideal all-American boy.

But if given the chance to sing your dear mother a tune, Mansfield could melt away her judgments with his vulnerable soft pop melodies. He might even make her swoon. Actually, that could be a problem, too. Bottom line: Don’t bring Christopher Mansfield home to mom.

But still, after all the success Mansfield has seen in the year since releasing his first LP, there still remains some dissonance between his music and his aforementioned appearance. Music fans are not accustomed to their understated emotional songwriters looking like they’d be more at home playing guitar at a basement hardcore show.

Mansfield says he is well past the point of noticing or caring about these judgments.

“I just look how I want to look and sound how I want to sound. I’m not trying to sell a f--ing package,” he says. “It could look that way, but if my look doesn’t match with my sound, it’s just honestly ‘cause it’s what I like.

“The worst part about it is you need to try harder to say that this is sound, this isn’t a fashion show or something,” he adds. “I think it’s even more ridiculous to dress up in overalls and a train conductor’s hat and then play train beats and old instruments and things like that. It’s more ridiculous to script the look that goes along with the sound. That would be the dishonest thing.”

Unlike most singer-songwriters giving it a go, Mansfield honed his chops at the esteemed Berklee College of Music. He says his education there gave him the means to fully express his musical ideas.

“There’s a sound that’s inside of you, in your mind, that you want to present,” he says. “I feel like it’s important to have tools to do that. If you have this image of this painting in your mind, and you want to paint this beautiful, very realistic painting and you can only finger-paint, then you’re just doing yourself an injustice.

“If the sound in your mind is punk rock music and that’s what you emotionally want to express, then you don’t need certain tools. But for the stuff that I want to say, I’m not really even as good as I want to be.”

Even though Mansfield sees himself as a work-in-progress (he still wants to improve at crafting musical details — vocal harmonies, melodic reactions to certain chords), his 2009 The Ultimate Puke EP was promising enough to catch the ear of Sara Quin (of Tegan & Sara), who went on to produce his first LP, 2010’s Fences. After its release, Mansfield hit the road and along the way Fences transformed into a true band, comprised of the guys who helped flesh out the touring sound.

“It’s one of those things that just happened.

There are a lot of things that happen to men together when they travel a lot and play music; you get very close,” he says. “We’re all creatively on the same page.”

Beyond the obvious advantage of having true collaborators, Mansfield also jokes about the less obvious benefits of no longer having the burden of the solo spotlight.

“Now girls can choose (guitarist) Jonathan (Warman) as their favorite or something, and I won’t get all the bullshit put on me.”