Candy the Camel and her road to recovery 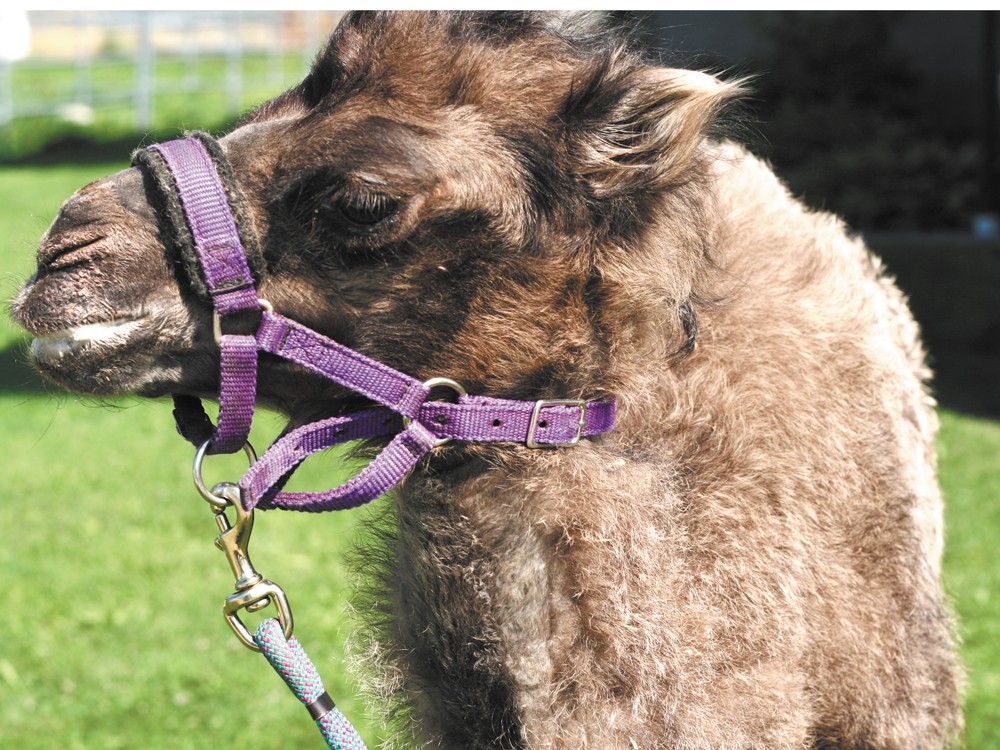 Chris Bovey
Candy was bitten by a puppy, and her wounds got infected.
Just outside the Otis Orchards veterinarian clinic, cattle rancher John Schreiner points to the fresh pellets of camel poop.

The solidifying excrement indicates that Candy’s recovering from the bite wounds she suffered from a puppy. The 83-pound, two-humped baby Bactrian camel bleats and nuzzles me and the veterinarians around her. She attempts to chew my reporter’s notebook. Her poop shows encouraging signs of recovery, but if her injuries don’t heal properly, her health could degenerate.

The puppy’s bite marks had become infected and infested with maggots. Her bony legs quiver as she walks gingerly with the ulcerated sores at her elbows wrapped in blue veterinarian tape. Candy cranes her neck, biting the hump that’s shaved and red.

As his German shepherd named Gunther barks in the background, Schreiner talks quickly and excitedly, embarking on lengthy, meandering digressions about how he loves animals and how amazing he finds camels — smarter than porpoises, he says.

Schreiner and his brother, Joe, own a 12,000-acre ranch in Dallesport, Wash., in the southwestern part of the state. They also have wallaroos, zebras and expensive giraffes.

“I tell people it’s kind of like a disease. It’s a sickness, and you just can’t help yourself,” he says of owning such animals. “The giraffes have been a dream for 10 years. … It’s the greatest thing in the world, but it’s not for the faint of heart.”

And when these animals get sick or injured, he loads them up in a trailer and drives 250 miles northeast, to here, Ponti Veterinarian Hospital in Otis Orchards. Schreiner has paid tens of thousands of dollars to this clinic to keep his exotic animals healthy, and calls these veterinarians, who feed the camel bottled milk on the front lawn, “miracle workers.”

As Schreiner talks, Candy carefully lowers herself to her knees in the soft grass, as Gunther lies panting next to her. Schreiner slides beside them both.

“This is his baby,” Schreiner says of Gunther’s affection for Candy. “He would kill you right now. Go ahead and try to hurt this baby once and see what happens to you. He’s her protector. He’s her guardian angel.”