Virtually every musician starts out trying to copy their heroes. With time and dedication, those stilted early steps can turn into finding their own sound and adding something fresh to the rock canon.

For longtime Go-Go's bassist Kathy Valentine, that proved true as a songwriter, as she took her love for glam-rock and punk and turned it into pop-rock ear candy like "Vacation" and "Head Over Heels." Those songs helped propel the Go-Go's into being the first all-female band to write all their songs and play all their instruments on a Billboard-topping album, 1981's Beauty and the Beat.

Now, with her new memoir All I Ever Wanted: A Rock 'n' Roll Memoir, Valentine again finds herself looking to her heroes for inspiration.

"My favorite memoirs of all time are Patti Smith's Just Kids and Chronicles: Volume One by Bob Dylan," Valentine says from her Austin, Texas, home. "Those were what I strived for, and I knew that I would not achieve anything near what they did. But I thought, if I'm just shooting for that, even if I fall short — which, of course I will fall short — I'm falling in the right direction."

The appeal of those works for Valentine was that they built their stories through snapshots in time, rather than being straight autobiographies like the one by Valentine's guitar hero Keith Richards.

While she's a lifelong reader who used to "devour books, a couple books a month," the 61-year-old Valentine says her attention span has lost some focus the last few years, whether due to "age or hormones or being a mom." So she wanted to write a tightly focused memoir that would keep the attention of someone like her.

"It was really important to me that I have a pace, and kind of go deep but not linger deep," Valentine says. "Keep the page turning."

With All I Ever Wanted, she's certainly succeeded. Its pages hold a brisk trip through Valentine's formative years in Austin, raised essentially by a mother who is more interested in being her friend and partner in partying. Valentine tracks her moves to London as punk burst onto the scene, and eventually to Los Angeles just as the grit of the '70s rock scene was being washed away by the sun-dappled, cocaine-addled shift into the '80s MTV era.

As she contemplated a memoir, Valentine started seeing "a natural arc" in her life journey running alongside the evolution of the music scene as she started going back through her archives and researching the Go-Gos' rise from L.A. club band into arena headliners, and eventual demise due to addiction, bad management and personality conflicts, all in a five-year span between 1980 and 1985.

"That was such a good arc in so many ways, because I got to tell about the chaos of growing up and how music was there for me, and I got to show how it became more than just something I love. It became a dream, and then getting that dream and then losing it," Valentine says. "My story and my journey kind of paralleled a lot of what was going on in our country, just the decadence and people losing their way. Our country really lost its way those years, as well." 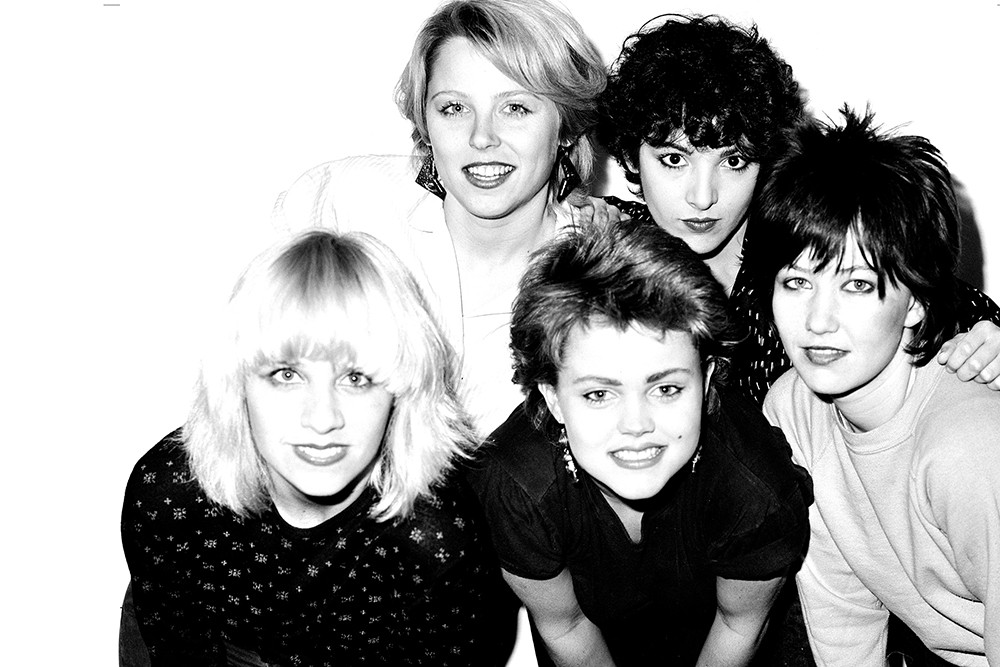 One of the pleasant surprises of All I Ever Wanted is how far it veers from any Hollywood tell-all vibe. There are plenty of appearances by celebrities and fellow rockers, to be sure, thanks to Valentine's friendships and romantic relationships, but the book is most revealing when she's discussing her upbringing as a kid pretty much left to her own devices by her mother.

While that freedom fueled Valentine's love of music, it also launched an early reliance on drugs and alcohol to deal with the pressures of life, and led to harrowing events like a rape when she was 14 and an abortion as a 12-year-old girl that Valentine writes about in unflinching detail.

Revealing such personal things in a memoir, despite years of dealing with her feelings through song, proved challenging. That was especially true when writing about her relationship with her mother.

"It was very difficult. I didn't want to hurt anybody," Valentine says. "I wrote everything. There's a lot I wrote and didn't put in there. As I was writing, there were things that I just thought, 'OK, there's a difference between putting blood on the page, which is what a memoirist wants, and being an open, gaping wound.

"I asked my mom about everything and she was very, very supportive. She really earned my respect for her bravery and courage and letting me tell my story, whether it made her look great or not ... If I whitewashed my adolescence and the way my mom raised me, it wouldn't have been as harrowing or compelling, and that's such a human part of the story."

Valentine says several folks who have read the book tell her the parts before and after the chapters about her Go-Go's years are the most compelling, and it's true. Between her Dazed and Confused-style Texas adolescence and post-Go-Go's fight for sobriety and efforts to form a new band, the reader gets to know Valentine in a way that's more relatable than in the pages spent describing major-label recording sessions and trips to the Grammys. 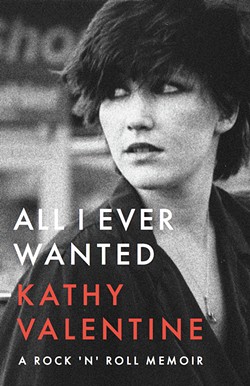 Valentine's take on the Go-Gos' time in the spotlight, though, is plenty compelling. She joined the band as an emergency substitute bass player for four shows between Christmas and New Year's Eve at the end of 1979, and the chemistry between the five women was immediate and obvious in Valentine's telling. And that chemistry would lead to a record deal, massive and immediate success and the quartet's dreams coming true.

For the most part, Valentine says, the band had it good as it learned the ropes of the music business. Their musical peers treated them with respect, as did their record label. The media, on the other hand, often treated the Go-Go's as more a novelty than a pioneering group of rock 'n' roll feminists making serious noise in a male-dominated industry.

"We didn't write political songs, but at the same time, they weren't fluff, either. The lyrics were smart," Valentine says. "We were kind of relegated into being just not a weighty band. And when your first song is 'We Got the Beat,' you know, we obviously weren't Go-Go's Against the Machine. But the fact is we were doing it our way without any kind of patriarchy kind of packaging us and putting us out there. It was a very organic thing."

Launching a book in the midst of the coronavirus pandemic obviously is far from organic, but Valentine is keeping a clear-eyed perspective that comes through in All I Ever Wanted.

Kathy Valentine's All I Ever Wanted: A Rock 'n' Roll Memoir is available now from your favorite local bookstore.