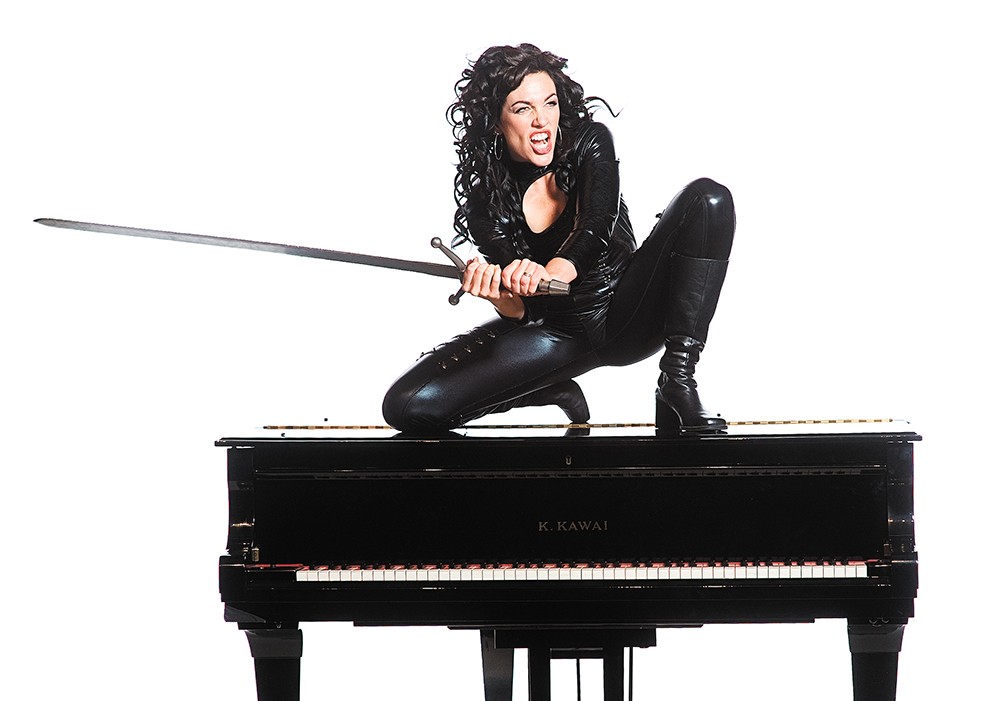 Katie Goodman's comedy is not for the timid.

A lot has changed since Katie Goodman started Broad Comedy in 2001.

Back then, her musical comedy — powered by an all-female team of comics singing, dancing and performing sketches heavy on political satire and wit — drew inspiration from reacting to George W. Bush's administration.

And while the touring act is still tackling everything from sexuality to parenting to abortion, politics in 2018 demand they also figure out things like how to ship a Tiki torch to someone's house so they can use it in their Spokane show.

"I couldn't take it on the plane," Goodman explains, joking that she needs to find someone who makes a collapsible version.

It's just one of the small wrenches Goodman and her husband and writing partner Soren Kisiel have dealt with since the 2016 election.

Each fall, the duo writes a whole new set of hilarious songs and sketches for Broad Comedy to perform around the country while nodding to (and poking fun of) the latest in politics. In 2012, that meant taking a jab at Tea Party policies with a rap called "I Ain't Funding That Shit." In 2014, their work included the '60s callback "It's All Gonna Be Okay," in which the women cheerfully sing about apocalyptic climate change being nigh, but hey, at least they've got a tambourine.

So, six days before Election Night 2016, they'd already written their whole show thinking they knew how things would turn out.

"And then we were blindsided completely," she says.

They had to rewrite at least a third of the show in five days, but with Donald Trump taking office, there was plenty to be passionate about.

"That came right out of our gut," says Goodman, calling from the Minneapolis airport while travelling between shows last week.

Still, she wouldn't exactly say that over the last year, the new administration has inspired her — that's too positive a word.

"We're distraught and exhausted and frustrated," she says. "And we want our country back."

It was a little harder to find the funny when writing this year's show.

"This shit is real, so it's not funny," she says. "DACA, climate change, North Korea. You want to find a very careful mix between satire that points out what's wrong to fire people up, but not dismiss what's happening by laughing it off."

But the silver lining to this administration and time, Goodman says, is that "people are kind of waking up and standing up."

And that's exactly who she and the other women of Broad Comedy hope to inspire with their shows. Their performance Friday at the Bing Crosby Theater is presented by and benefits Planned Parenthood of Greater Washington and North Idaho, and takes place just a few days after the 45th anniversary of Roe v. Wade.

"Look, people say, 'You're preaching to the converted' and the answer is 'Absolutely!'" she says. "We are trying to inspire the converted to act, and we're trying to give them some support."

That support may come in odd, hilarious formats, like rapping about how a literal lack of support makes "boobs look funny when you're having sex."

Or it could be flipping the narrative to show two lesbians, dressed in Stepford-like attire, living in a world where the norm is to be homosexual, as they express their horror upon realizing the couple who just moved in next door is straight.

Or, it might just be Goodman explaining to millennial A-listers who claim they aren't feminists that, "Sorry babe, you're a feminist." 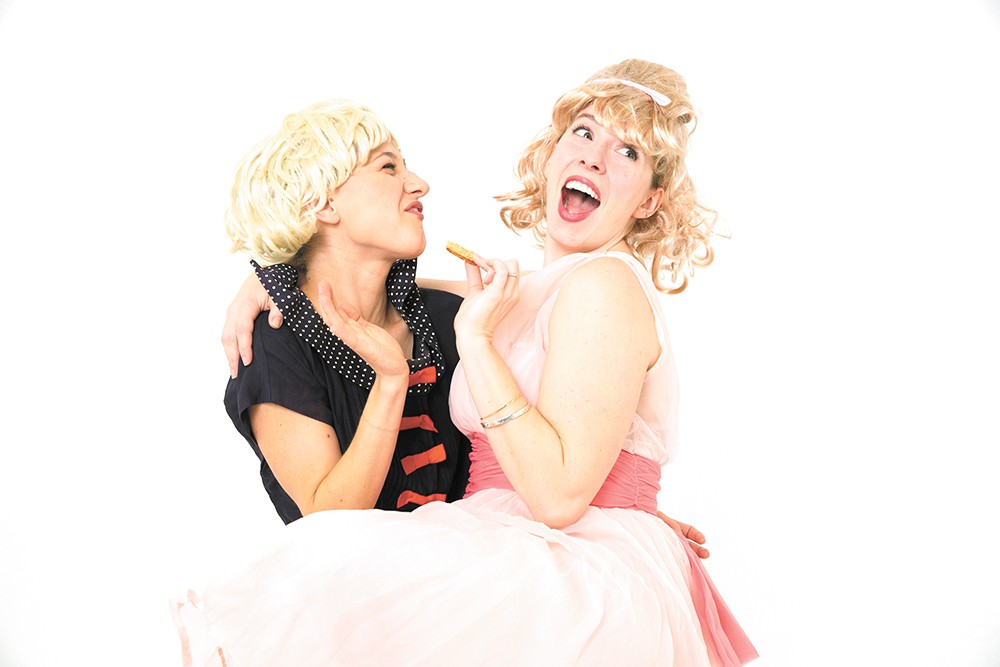 The "Them Next Door" sketch skewers homosexual/straight neighborly relations.

"You like to vote? You like to drive? You're a feminist," Goodman belts in the tune, which is one of the hits from previous years she and the cast plan to bring to the stage.

The other performers include Molly Kelleher, Carlita Victoria, Danielle Cohn and Tana Sirois, and only two short days after they perform in Spokane, they'll be taking their show Off Broadway in New York City.

Because the Spokane show is a fundraiser for Planned Parenthood, the group has chosen the sketches and songs that will be particularly meaningful to that audience. While the show is always feminist, Goodman says, this show is sure to be even more political than normal.

"What's great about the Planned Parenthood audiences is you never have to explain the jokes," Goodman says. "They get everything."

That may come in handy if the "United States Right-Wing Cheerleading Squad" leads the crowd in such cheery (and very sarcastic) refrains as "sex education, is not the way, only abstinence is a-OK" and "Equal rights? There's no debate. Who needs them when you're white and straight?" ♦

The original print version of this article was headlined "Bold Broads"