The Mousetrap has run for more than 25,000 performances without giving away its ending 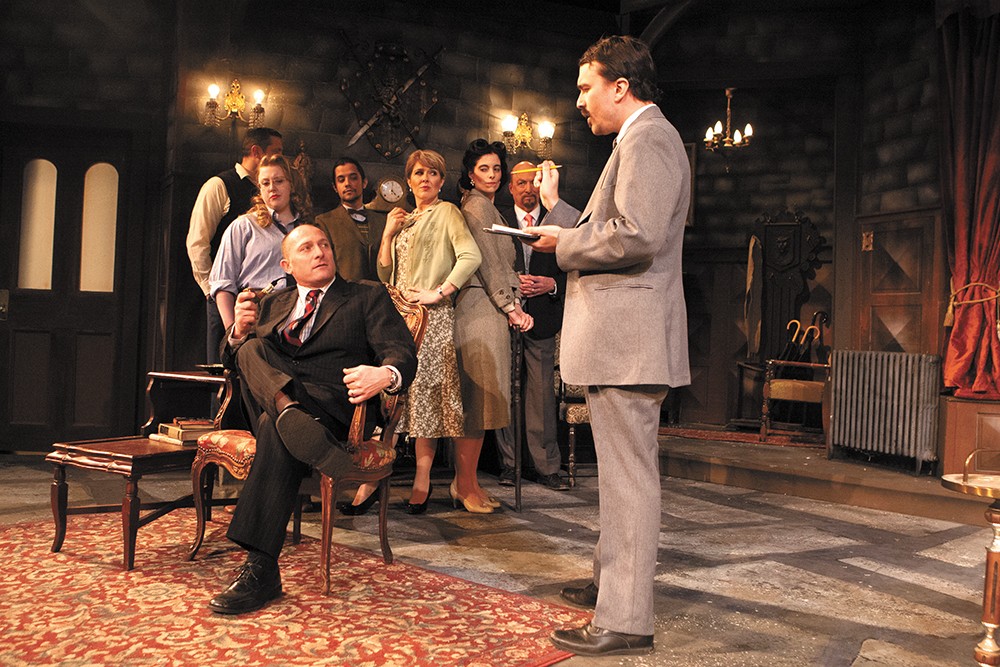 Meghan Kirk
The Spokane Civic Theatre's cast of the age-old classic The Mousetrap.

By many metrics, Agatha Christie is the best-selling author of all time — a standing that's even more impressive now that nearly 40 years have elapsed since her death. With that in mind, it only seems fitting that her play The Mousetrap should enjoy similar preeminence. Since opening on London's West End in 1952, this murder mystery has run for more than 25,000 performances. That makes it the longest-running theatrical show of any kind.

Still more impressive: Despite the hundreds of thousands of theatergoers who've seen the play by this point, its ending is still a closely guarded secret. The iconic West End production typically asks patrons not to reveal the "who" in the whodunit, and the satellite productions that take place across the globe each year tend to respect this tradition too. It's as if witnessing The Mousetrap makes you a card-carrying member of a secret society, an automatic initiation in which most audience members are only too happy to take part.

When The Mousetrap opens on the Civic's main stage this Friday, the theater will stick close to tradition. The playbill asks audiences to keep mum on the killer's identity, and according to director Wes Deitrick, the production itself will be more or less by the book.

"It's Agatha Christie," he says. "You're not going to change a whole lot."

But the play also has its share of melodrama.

"And sometimes melodrama doesn't play that well in contemporary theater. So instead of saying, 'Dead! Dead! Dead!' you might just say, 'Dead!' There are those kinds of melodramatic moments that don't make or break the story," says Deitrick, bringing the back of his hand to his forehead and feigning a swoon.

"But at the same time I want to embrace that whole period. It's a balancing act," he says.

Part of that balancing act calls for appropriate casting. There's no shortage of actors itching to play characters like roué Mr. Paravicini, disdainful Mrs. Boyle or the maniacally off-kilter Christopher Wren; but not everyone can convey the play's characteristically British veneer of decorum and deliver its casual conversational barbs with the requisite aplomb.

In the role of Mollie Ralston, proprietress of the guest house where Christie's murder mystery is set, Deitrick has cast KXLY meteorologist Kris Crocker. The two of them previously worked together in the Civic's production of On Golden Pond last year — Crocker's first onstage appearance since ninth grade.

Although that performance "reignited a long-dormant acting bug" that brought her back for The Mousetrap, Crocker says she's still bridging the psychological gap between a TV studio camera and a live audience.

"Acting is a whole different craft and art," she laughs. "It's much more nerve-wracking."

"Whether she knows it or not, she has a comfort [onstage]," Deitrick says, noting that all of the Civic's volunteer actors are able to draw on the unique demands of their day jobs. "Everyone who comes here has a profession, and they all have a creative outlet here."

Just as every Civic actor leads a kind of double life, the characters in The Mousetrap have hidden sides that make each of them a suspect.

"I seem like I'm the quintessential hostess, but I have a colored, checkered past," says Crocker. "There's a backstory that's revealed over the course of the play."

That, says Deitrick, is a quality that extends to the play itself. "You think it's all surface. You think it's a fluffy little murder mystery, but when you start to look at what [Christie] has done with these characters, it's a lot deeper than you might think." ♦