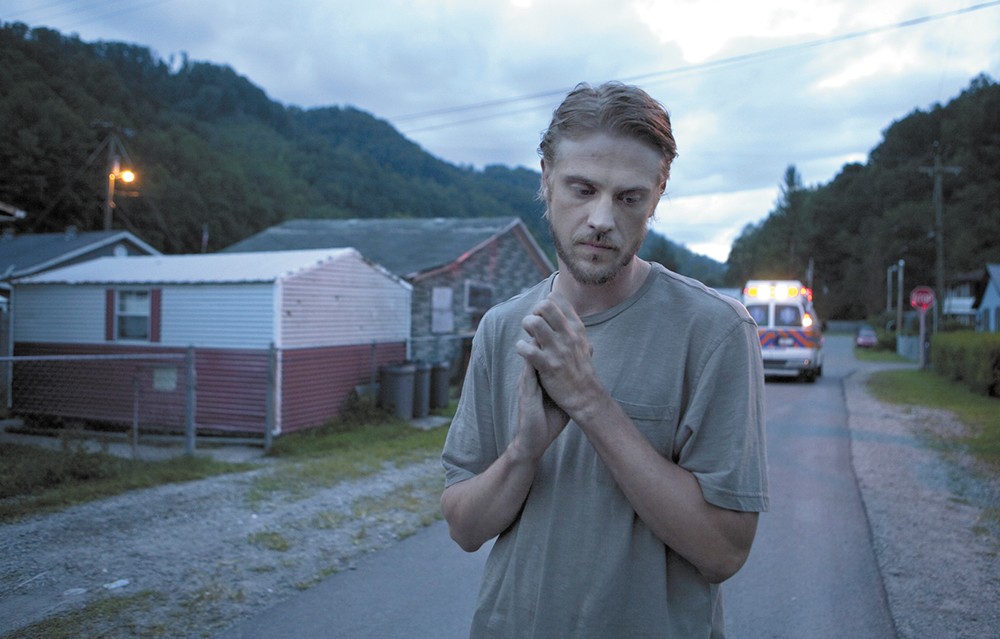 We don't talk about death.

Whatever we might learn about death we keep a secret.

Little Accidents is a devastating film about those secrets, in a small West Virginia mining town struggling to get back on its feet after 10 miners were killed. Death looms over the Appalachian valley, but people keep to themselves, leaving them to suffer in a solitude that debut writer-director Sara Colangelo makes masterfully uncomfortable to witness.

Amos (Boyd Holbrook), the lone survivor of the accident in the mines, is torn between revealing the hazardous conditions that led to the accident, thus benefiting a class-action suit against the mine, or keeping his mouth shut and ensuring that the mine remains open and the town has jobs. Then there's Owen (Jacob Lofland, who you may recognize from Mud), the 14-year-old son of one of the dead miners, who cares for his a younger brother with Down syndrome (Beau Wright). When a scuffle breaks out with another boy in the woods, Owen runs away; the boy trips and fatally smashes his head on a boulder. That kid just happens to be the son of the mining executive held responsible for the accident. Owen hides the body as his little brother watches, and then is sworn to silence.

As Diane, Elizabeth Banks plays that dead boy's mother and wife of the executive, in her best dramatic effort to date. It's a gritty, heart-wrenching performance that suggests she should follow this route rather than settle for more dick-joke roles. Gradually, Diane, Owen and Amos' grief-addled lives close in on each other, the secrets of death unspoken but always nearby.

Colangelo's script is heartfelt but sometimes predictable, and at some point in the second act, you won't be alone in wondering if you've seen this movie before. She also takes her time telling the story, too often to its detriment. But her grip of the characters sets Little Accidents apart; they're depressingly real, as is the town, where hope seems a far-off concept and the despair is as thick as the accents.

Everyone in Little Accidents has a secret. It's when those secrets become too heavy that the film pays off in big, emotionally powerful ways. ♦

Little Accidents is not showing in any theaters in the area.