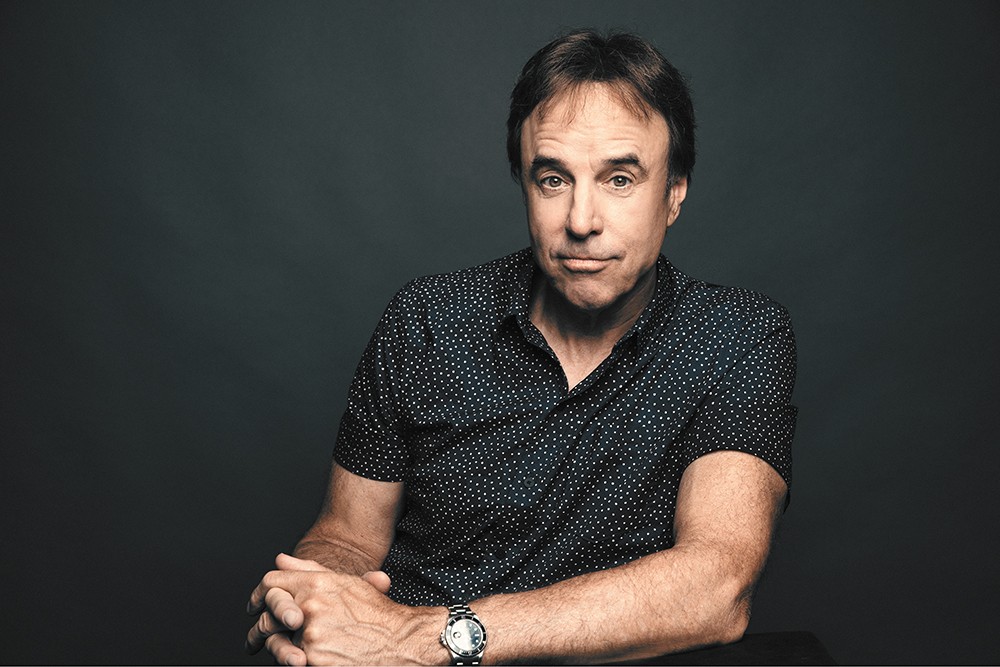 Diana Ragland photo
Kevin Nealon is as tall as he is funny.

Kevin Nealon figures he hasn't gone more than two weeks without getting on stage for a stand-up set since he started doing comedy in the late '70s.

That's a pretty impressive run of consistent performing for sure, and all the more so considering the career Nealon's had on TV and in films along the way. Nine seasons on Saturday Night Live, seven on Weeds and a steady diet of movie roles alongside old SNL peers all could have conspired to keep him away from the stand-up stage. But Nealon can't imagine that.

"It's really my forte," Nealon says in an interview from Los Angeles. "I am, I think, by and large a stand-up. That's what I am. I'm a stand-up comedian."

That's why, even though he's in the middle of filming episodes of CBS sitcom Man With A Plan and his own Hiking With Kevin YouTube series, Nealon is swinging through Spokane for four shows at the Spokane Comedy Club on Thanksgiving weekend.

"It's really something I need in my life," Nealon explains. "I don't know what it is, I just like every aspect of it. I like the craft. I like creating jokes and the wordsmithing of it all. And then performing it on stage, and then being spontaneous on stage, creating the moment. I love it. From the second I went on stage, I was hooked. I became an addict. I needed it, it was such a rush for me. To this day, even though I don't get as nervous, there's still that exhilaration I get from it."

Nealon was so driven by stand-up that he moved across the country from his Connecticut home to get his start in the legendary Improv club in Los Angeles. He ended up tending bar there for years before getting his big break with a spot on Johnny Carson's Tonight Show and later joining the cast of Saturday Night Live. But it took him a little while to actually get up the nerve to hop on the stage that helped launch the careers of Richard Pryor, Lily Tomlin, Jay Leno and Larry David.

"It took me like five weeks to actually get on stage," Nealon recalls. "First, I would just park outside (on open-mic night). The next week, I made it into the bar area. I was like a feral cat that had to come sort of very slowly up to the food."

Once Nealon made it up there, there was no stopping. While he notes that early on he emulated the styles of his comedy heroes like Steve Martin, Albert Brooks and Andy Kaufman — "I like that whole misdirection, that kind of uniqueness" — he eventually developed his own style. That style is probably best described as "affable Everyman, but twisted." Consider his Subliminal Man from Saturday Night Live as a pretty good example, although Nealon notes that, like all comedians, he's always evolving. While working in stand-up hasn't changed much since he started, Nealon says, stylistic changes have made their way into his act.

"There's a lot more 'alternative comedy' now, confessional comedy, more attitude and style as opposed to setup and punchline, which is great," Nealon says. "I've been influenced by that, too, it's really a mixture of everything in my act."

Which means you might get jokes about electric cars or parenting a few minutes before you head into a surreal story about his wandering eye competing with his lazy eye.

Nealon's comedy works nicely in his newest project, Hiking With Kevin, in which he hoofs around the Hollywood hills with famous friends, doing an interview and cracking jokes along the way. The show was inspired by a hike he did with actor Matthew Modine a few years ago, when Nealon pulled out his phone and recorded the two friends gasping for air after a steep ascent as they talked about roles Modine had turned down after making Full Metal Jacket.

"He rolled his eyes and said, 'Oh man, I turned down so many roles. I turned down the Tom Hanks role in Big, and the Michael J. Fox role in Back to the Future, the Tom Cruise role in Top Gun,'" Nealon says. "We both laughed and I posted that and it got a good response."

When he hears that a fellow former SNL Weekend Update host is in Spokane at the same time he is, Nealon says, "Maybe I'll hike with Chevy Chase when I'm there, we'll see." ♦