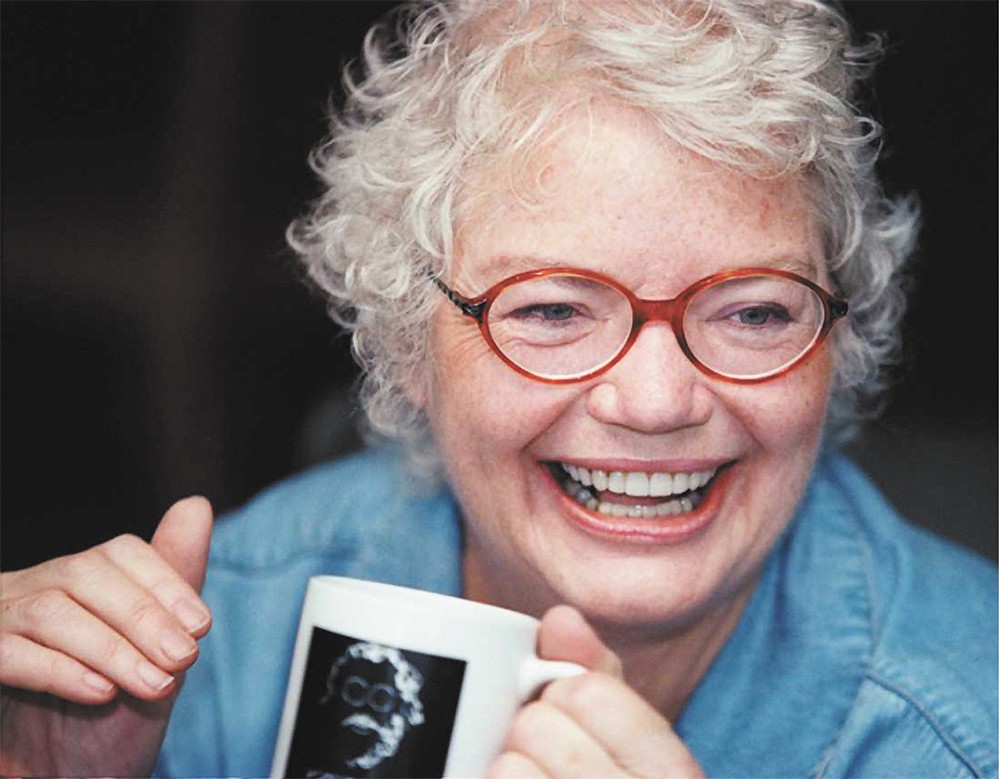 , Molly Ivins became one of the most salient figures in American political journalism. As an unflagging reporter and acerbic columnist, she earned a reputation — even among her opponents — for forthright news and analysis on the nation's political issues.

The force of her writing was matched only by her charisma. On the strength of her byline, she was frequently invited to be a guest speaker and talk-show pundit, where she could be relied upon not only to speak fluidly and authoritatively on politics, but also to deliver colorful anecdotes in a Texas drawl that only seemed to enhance her charm. And her prestige.

"They do polls every year to find out who's the best liked and most hated columnist in the [central Texas] area," she once explained to David Letterman during a Late Show interview. "I'm always both."

In 2010, twin sisters Margaret and Allison Engel paid tribute to Ivins by dramatizing her legacy as a one-actor stage play titled Red Hot Patriot: The Kick-Ass Wit of Molly Ivins. The touring show starring Kathleen Turner was still making the rounds as recently as this year.

A new local production directed by actor and filmmaker Ron Ford is now opening at Stage Left, with Wendy Carroll as its star. Ford says he was drawn to the show "because it is unapologetic about its liberalism," a quality it shares with its subject, who self-identified as a populist and liberal/libertarian throughout her career.

"Molly was an extraordinary person and writer. There was no sentimentality in her writing. She was flat-out honest and said what she thought, and generally that fell on the left. But she still had criticism for the left, too," he says.

Under the conceit that she's tasked with writing her father's obituary, Red Hot Patriot employs Ivins' quips and columns to recount her career landmarks and political insights. Ivins' father is significant because her politics could be loosely interpreted as a response to the overbearing authoritarianism that earned him the nickname General Jim.

"He was a corporate lawyer for the oil companies," Ford says. "He was an arch-conservative, and they clashed on everything."

"You don't have the liberty to make adaptations or adjustments or interpretations that aren't authentic," she says. "And she's a challenging character in her own way, because she's one step ahead of everybody all the time."

But channeling Ivins hasn't been too difficult for the actress; like Ford, she finds herself in sympathy with her literal role model. "We could be roommates," she laughs. "She's very much in line with my way of thinking, so that's made it all the more interesting and fascinating to me. So much of what she talks about was applicable then and is even more applicable now."

Some of that prescience ("prophetic," in Ford's words) has to do with the venomous political climate that she foresaw and lamented. Carroll says that Ivins harks back to — perhaps even symbolized — a time when the personal trumped the political.

"I remember when you could disagree with someone politically and it never impacted a relationship," she says. "You could agree to disagree and move on. When did we turn into such angry people?"

Much like Ivins herself, questions like those transcend political pigeonholes. That, says Ford, is why Red Hot Patriot has cross-party appeal — the other being that audiences will see "one of the best local actresses in top form playing one of the most magnetic figures in journalism in recent history." ♦