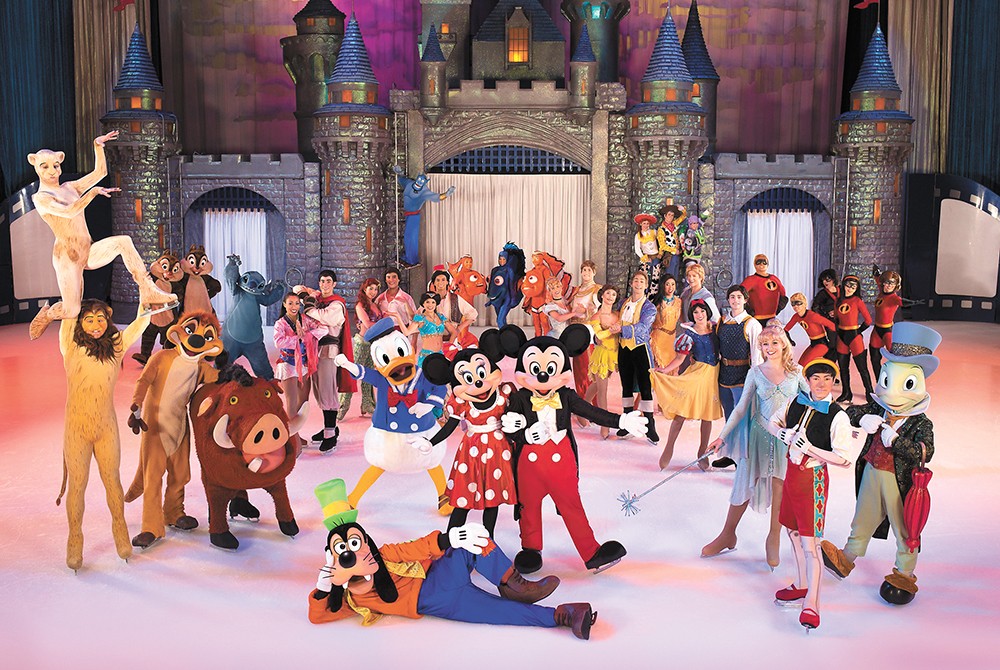 Disney on Ice: Worlds of Enchantment brings the whole crew to the ice.

There are many ways to measure the magnitude of the Disney empire.

The company owns ABC and ESPN, and is also responsible for a number of your other television channels. There are the theme parks, of course, and the omnipresence of Frozen at your nearest department store is a good indicator.

But perhaps the most staggering example of Disney's steamrolling of pop culture audiences is to take in a traveling Disney on Ice show. First, you buy tickets and realize that, at least here in Spokane, there are seven performances taking place over a four-day period. And all of these are held in an arena that seats several thousand people. Then, you arrive for the hordes of children adrenalized by the sight of their animated idols come to life, whizzing majestically across the ice.

It's a hell of a production, replete with big-time theatrical props and costumes, and, at least last year, some light pyrotechnics. This year, the show is a beloved character bouillabaisse featuring characters from Toy Story, Cars, Frozen (of course), the Little Mermaid and, obviously, Mickey and Minnie. For young kids, the ice skating appears secondary to the mere sight of these characters, but if you're into skating, there are some double axels to behold.

Between the two acts, there's an intermission that seems inexplicably long — until you walk out onto the concourse and are bombarded by the Disney Merchandising Industrial Complex, which will have you buying a $12 snow cone, lest you want to feel like the one parent who deprived your child of the unique joy that can only come from eating blue sugar syrup out of a mug shaped like Elsa.

Your kids are going to love this. You, however, may need to grab a beer from the concession stand. It doesn't come in an Elsa cup, though.