Kids will probably like The Secret Life of Pets 2, but it's missing most of the charm of the original 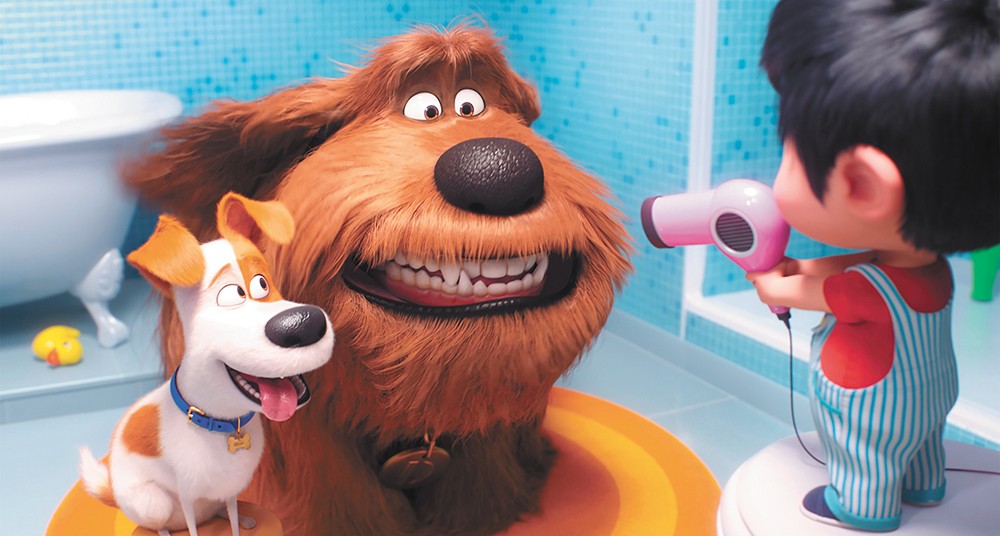 The Secret Life of Pets 2 might keep your little ones occupied. You, on the other hand, will be checking your watch.

This is where we are with movies in 2019: Flicks that should be getting — and in the not-so-distant past would have gotten — theatrical releases are being shuffled straight off to video on demand with little fanfare. And movies that once would have been straight-to-DVD sequels are pushed via big-budget marketing campaigns on their way to getting splashed all over your local multiplex.

To wit: The Secret Life of Pets 2. The first movie was charming and inventive, a wistful devotion to home, family and friendship. This one? Well, it's not quite — ahem — a number two, but it is certainly underwhelming. Episodic and almost random, it's a collection of unconnected vignettes rather than one cohesive story. It could be three episodes of a cable Secret Life of Pets TV series lazily slapped together into just-about feature length.

Actually, our nominal hero, neurotic terrier mutt Max, gets two episodes here. In the first, he and his canine brother, goofy sheepdog Duke (the voice of Eric Stonestreet), have to deal with accepting a new human baby into the household they had previously shared only with their beloved person, Katie (Ellie Kemper). (Her new husband Chuck barely caused a blip. He's basically a human Duke.) In their second, almost completely unrelated story, the whole human-and-dog family takes a vacation to the country, where Max encounters gruff, no-nonsense farm dog Rooster (Harrison Ford, the best thing about this sequel), who has canine life lessons to teach Max, or something.

Meanwhile, purse pooch Gidget (Jenny Slate, still a hoot) loses Max's favorite squeak toy, which she has been "babysitting" while he's away, and has to infiltrate the feline-full flat of a crazy cat lady in order to retrieve it. This is a rather ungenerous depiction, considering the first movie's affectionate take on the relationship between humans and companion animals. And "Captain" Snowball (Kevin Hart), a bunny with delusions of caped-crusader-dom, attempts to rescue a tiger cub from an awful, abusive circus. It's a truly dated operation, and it seems impossible that such a show would be tolerated in the movie's present-day New York City setting.

Still, it's all completely inoffensive fluff, fine for the kids, but sorely lacking that certain transporting je ne sais quoi that adult animation fans look for. Pets 2 is missing the real sense of place that its progenitor had, and its larger-than-life personality, that fantastical animals' perspective on the human world in which everything far away and unknown loomed jagged and slightly ominous, but home was always close and cozy and welcoming.

This is a rote, simplistic animal adventure in which too much that transpires feels less like a curtain pulled back to reveal the inner lives of our cherished pets but instead merely absurd antics that only divert, never enlighten. ♦

The original print version of this article was headlined "Doggone Dull"

The Secret Life of Pets 2 is not showing in any theaters in the area.