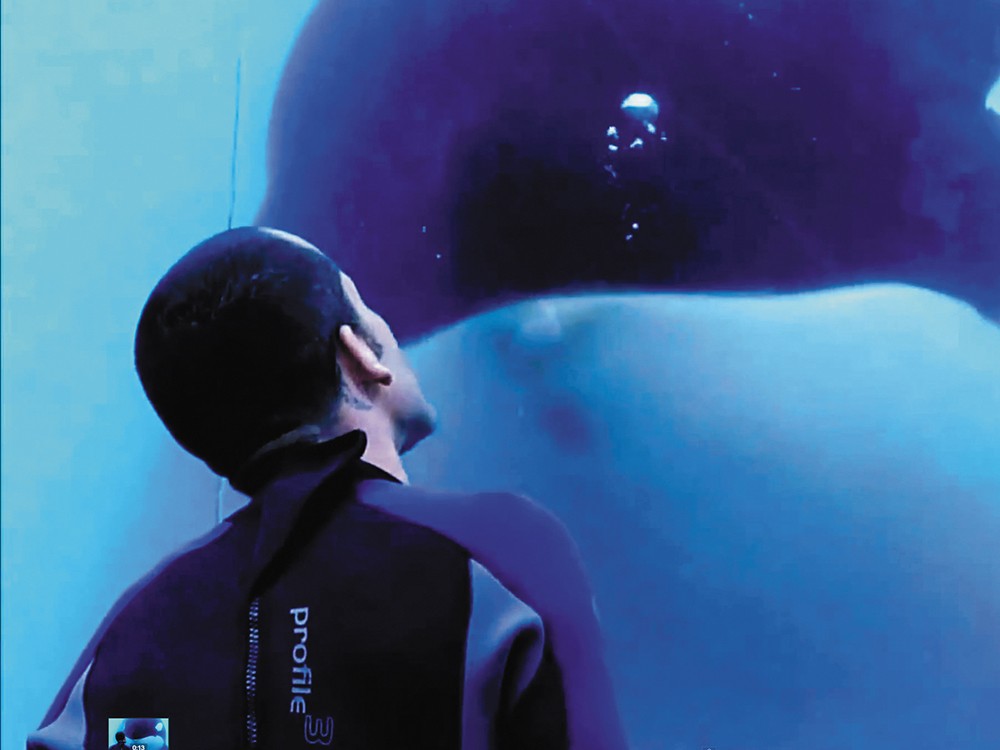 That childhood visit to SeaWorld is about to move out of the “cherished memories” folder of your brain. That “Shamu” waving a fin at you, it turns out, probably wasn’t that happy, no matter how much the wetsuit-clad trainer insisted to the contrary.

Gabriela Cowperthwaite’s stunning documentary, Blackfish, centers on a male orca named Tilikum who has been responsible for the death of three people, most recently the much-publicized 2010 death of a SeaWorld trainer in Orlando. He was terrorized by the other whales with whom he shared a tank and also spent his early years cooped up in a tiny holding tank at a third-rate amusement park. But the film’s reach goes far beyond Tilikum’s violent history, laying out the inherently problematic issues associated with putting a massive — and massively intelligent, in some ways more so than humans — into captivity.

Blackfish opens with the 911 call from SeaWorld alerting authorities that one of the whales had just killed a trainer, who we later learn is longtime SeaWorld veteran Dawn Brancheau. The rest of the story unfolds through interviews with former SeaWorld trainers who uncover the dark side of keeping orcas in captivity and documentation from an OSHA lawsuit filed against SeaWorld. Along the way, we learn that Tilikum was responsible for the death of a teenager at a Canadian aquarium in the early 1990s and also killed a man who had snuck into his tank in Orlando a decade later.

The most wrenching scene is file footage of orcas being hunted for capture in the Puget Sound in the 1970s. A baby orca is captured to be sent to an amusement park; as it’s being wrangled, the baby’s extended family calls out in panic from just yards away. When one of the fishermen responsible, now gray, burly, bearded and heavily tattooed, breaks down in tears at the memory more than 40 years later, it all hits home.

We never hear anything from SeaWorld, though, other than some media clips of an executive telling reporters — disingenuously, it turns out — that the trainer died due to her own carelessness. This can make it feel like a slam piece at times, although SeaWorld refused to comment for the film, or for much of the other reporting conducted on the 2010 killing.

Blackfish is at once terrifying, informing and outraging. It’s also impacting: the ending of the upcoming Finding Nemo sequel has been changed because of what’s revealed in this film. This documentary feels like it’s pointing toward a watershed moment that will make us realize — as one of the trainers interviewed in the film says — that we’re going to look back on the fact that we imprisoned intelligent mammals for our own entertainment and feel like barbarians.