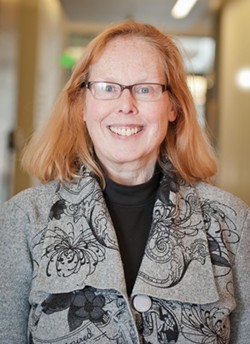 A cancer vaccine is now within the realm of possibility, says the University of Washington's Dr. Nora Disis.

What if treating cancer could be as simple as getting a vaccine?

What if a vaccine could prevent cancer in the first place? Those are the goals of University of Washington's Tumor Vaccine Group leader, Dr. Nora Disis.

Harnessing the body's immune system, in particular its T cells, to respond to cancer has taken extensive lab-based detective work over the past few decades, Disis says, but researchers are now well on the way to making vaccines a reality in cancer treatment and prevention. In particular, the lab is working on treatment for breast, colon, prostate, ovarian, pancreatic and lung cancers.

For patients, the benefits are potentially huge: "The beauty of targeting T cells to a tumor is that they are very specific. They're not like chemotherapy — chemotherapy goes all over your body. It just hits every proliferating cell... T cells recognize only their antigen. They will only go to the tumor," says Disis. "And that makes the vaccines very well-tolerated."

What's the future? "Within the next five to eight years," she says, "we'll see quite a few therapeutic vaccines to prevent disease recurrence, and to be teamed up with (chemotherapy), but I think it's a longer period of time before we begin to see actual preventative vaccines."

Still, the pace of research has been breathtaking. "If you would have told me 10 years ago that I would be working on vaccines to be given to people who don't have cancer, to prevent cancer, I would have said there's no way," she says.

But though there's plenty of progress on the horizon, Disis is worried. "There have been huge investments that have been made by the federal government in past administrations, in science. And these investments have been in sequencing the human genome — which I don't know how many billion dollars went into that, or the huge investments in trying to cure HIV. These have been directly applicable to cancer. Not only the data coming out ... but also the technologies that have been developed," she says, noting that just 7 percent of grant requests are now funded. "Everyone's worried about the pace of that discovery slowing."

Disis recently spoke in Spokane at a free community lecture, the first in a series titled Next Generation Medicine, presented by the University of Washington School of Medicine-Gonzaga University Regional Health Partnership.

If you plan to give books as holiday gifts, it's best to shop early

From the Editor: Pie and Perseverance