On the third try, Killzone 3 finally gets in the zone. 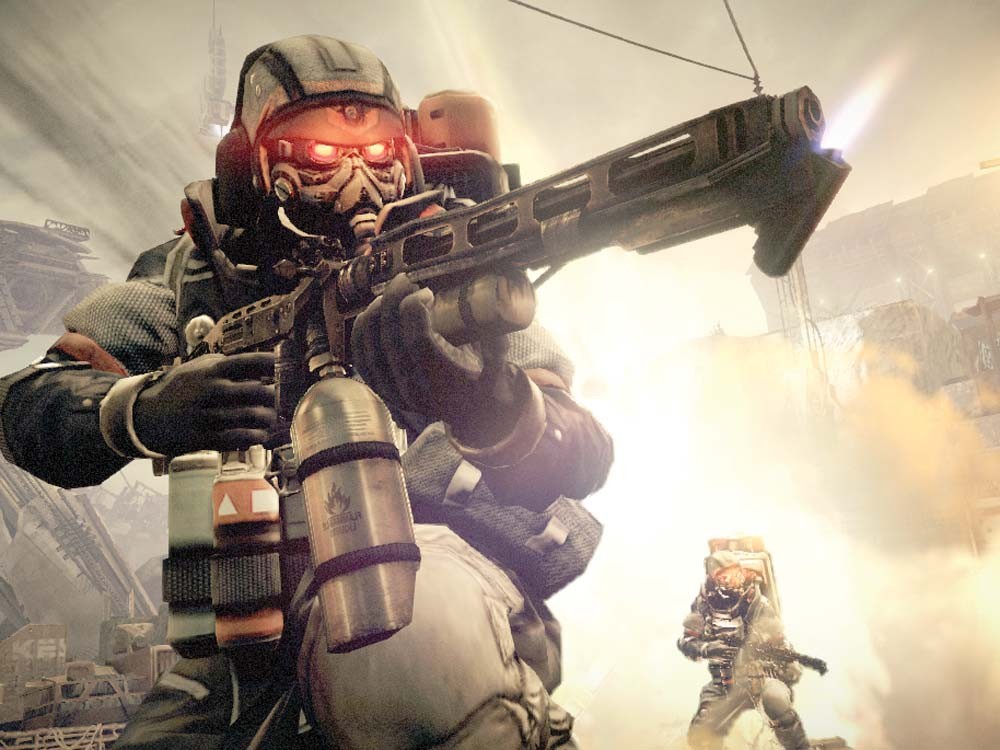 During one of my early battles on the planet Helghan … at least, I think we were fighting on Helghan. I’m not really sure. I mean, I know that Killzone 3 is the third game in the series and that I should understand the storyline by now. But honestly, I don’t care. And I care even less when the game’s designers cram three games’ worth of made-up military history into blocks of text onscreen during the first few minutes. Sheesh, Sony, didn’t you have enough money at least to hire Patrick Stewart to read the thing out loud?

Anyway, during that early battle, something happened that I wasn’t expecting. I was watching our forces encounter a small group of Helghast foot soldiers. As they fought, an enormous dog-like robot came skittering onto the battlefield, snapped up a couple of our soldiers and went clambering away as though it had just stopped by for a snack. The Helghast were bad enough. But it was clear that we were fighting an enemy we hadn’t anticipated. Somewhere nearby, the Helghast had unleashed the dogs.

We were marauding across the planet, waiting to turn the corner and come face to face with a war that was bigger than any of us were prepared to fight. And let me tell you, Helghan isn’t the easiest planet to maraud across. Explosive toxic plants. Electrical storms. A strange, green miasma hanging in the air. Bits of ash and ember floating everywhere.

Killzone 3 has marshaled the visual wealth of the PlayStation 3. This isn’t a world carved from miles of virtual space — it is a world suggested by digital artistry, made as much from the imagination as from sheer computing power. Repeatedly, Killzone 3 gives the impression of being a bigger game than it is, because, instead of baffling players with endless expanses and overwrought mazes, the designers of Killzone 3 have built moderate, manageable levels and filled them with living detail.

With controllers like the PlayStation Move, I could easily start aiming all around, fighting in 360 degrees of action. Killzone 3 isn’t that ambitious yet — it’s still geared for the thumb-stick-targeting masses. It confines its action to tight, shooting gallery-sized blocks of space. But because the game surrounds me with such an intricate world, I feel as if the killing extends everywhere as well, climbing over the battlefield like a metal beast, arriving and departing from the endless fields of death.

THE GOOD: Killzone 3 has moved the series from being a knee-jerk Halo competitor to being a shooter franchise in its own right. But instead of distinguishing itself with wilder weapons and gnarlier battlegrounds, Killzone 3 has built itself up with the artistic advances of games like Oblivion and Star Wars: The Force Unleashed.

THE BAD: Even with the targeting sensitivity turned all the way down, the PlayStationMove controller continually swerved my view around, up and down. But considering that most enemies in the game appear somewhere in front of me, I really didn’t need that much freedom and the Move became a cumbersome, distracting presence. After a few hours, I switched back to good old thumbsticks. They’re still good ideas.

THE BOTTOM LINE: On the third try, Killzone 3 finally gets in the zone.