Lab of the Rings

New data has revealed details about Saturn's most massive ring

There are disturbances in the rings, and they're telling us something.

During certain times of the year, Saturn is visible from Earth. At about 888 million miles from the surface of the sun, it's the last planet in the solar system still visible with the naked eye. What you can't see without a telescope, however, are its mysterious bands — the rings.

All of the gas giants — Jupiter, Saturn, Uranus and Neptune — have rings of some kind, but Saturn's are by far the most distinctive. Information about the rings — why they exist, how long they've existed, and what they're made of — can give us not only a better understanding of the elements at play within the planet, but also provide valuable information about the development of the solar system as a whole.

Earlier this year, a report using data from NASA's Cassini mission to Saturn provided new conclusions about one specific section of Saturn's ring system, known as the B-ring.

"It says that somehow this ring is very opaque, but not very massive, so it has to be made out of these very fluffy particles," says University of Idaho professor Matthew Hedman, the report's lead author. "And we're still struggling to understand what that means."

The B-ring is the brightest section of the main band around the planet. The A-ring is the outermost part of that band, and the two are 3,000 miles apart. The C-ring is closest to the plant.

New data from the Cassini mission allowed Hedman and others to determine the weight of certain sections of the B-ring, using waves within the ring. The results were surprising: It turns out that the B-ring, the most massive of the rings, is lighter than scientists originally thought, and those findings have implications for Saturn and beyond. 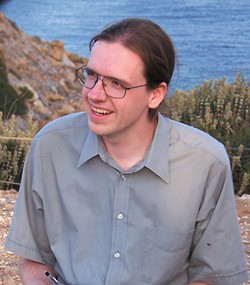 Since 2004, when NASA's Cassini mission

to Saturn began, the scientists who study the gas giant have been mining the wealth of new images and information. The mission is scheduled to end in September 2017 in spectacular fashion. The Cassini spacecraft will reroute to fly between Saturn and its rings — getting closer to both than any mission before it. On the final go-round, the spacecraft will crash into Saturn's atmosphere.

"This will give us more information about the interior of the planet and provide a direct measurement of the total mass of the rings," Hedman says.

Those calculations will confirm or refute his current conclusions.

was much more massive, based in part on the ring's appearance. It's the most opaque of the three main rings, meaning it lets the least amount of light through and reflects the most sunlight. In other words, it shines the brightest.

In fact, "people had been beginning to think, based on earlier Cassini mission data, that the B-ring had more mass than some of Saturn's mid-sized moons," Hedman says.

The recent Cassini data says the ring is made up of particles closer to snowballs than ice chunks. Think of it as the difference between looking through water in a swimming pool and a thick fog. The fog has fewer particles, but it's more difficult to see through.

Hedman's calculations are based on waves spiraling throughout the ring. The waves are the result of particles being tugged by the gravity of Saturn's moons. By measuring the size of the waves, Hedman and others could calculate the mass of those sections.

Because the B-ring is much lighter than previously thought, that means it's also much younger. Typically, as time goes on, comets and other darker objects will crash into the rings, dimming their brightness.

"One of the big questions is, 'How old are the rings? Are they as old as Saturn? Or are they something that formed recently in geologic times?'" Hedman says. "We don't know, and that's one of the things people are constantly looking at."

Hedman explains why scientists are looking at this: The rings are a disc of material in orbit around a central point. (Hedman says they're the flattest object in the solar system — at about a couple of meters thick, from end to end they're about the distance from Earth to the moon.) Our solar system was formed from a disc in orbit around a central point. Although Saturn's disc is very different from the one that formed our solar system, it can provide insight into that phenomenon.

"In general, we think of this as a place to test our ideas about how our solar system was formed," Hedman says. "And the fact that we keep finding weird, surprising structures tells us that our understanding about how these sorts of solar systems work is incomplete and still needs work." ♦